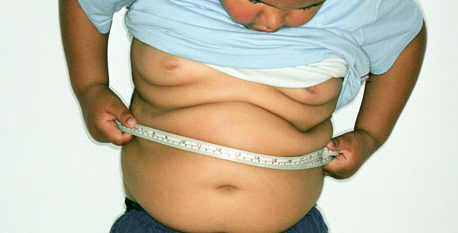 I know a young man since last several years. He was an exceptionally bright student during his school and high school days and could easily get through to an engineering course without much efforts. He passed out with reasonable success and managed to secure an admission in one of the US universities for a graduate course. After going there, he soon managed to get an assistantship and became financially independent. After he earned his MS degree, he managed to secure a job within few months and subsequently an H1 visa. For all practical purposes, this young man was rising on the ladder of professional success.

During all these years, till he departed for US, he had maintained a lean figure like most of the Indian boys of that age. I would say, he was actually thin. I met him recently, when he was in India on a vacation. I was shell shocked to see him as his appearance had totally changed. He had ballooned from a lean and slim figure into a giant fatso with bulging cheeks, overgrown shoulders and arms and well rounded tummy.

I could not obviously ask him the reason for this transformation and had to keep quiet. But, I kept wondering in my mind about the reasons for this change. Then I remembered two or three other chaps, who are in their early forties, married and well settled in the US. It is true that most of the Indian men, compared to their western counterparts of similar age, develop a heavy and rounded midriff around this age. Perhaps it is in our Jeans. But these two guys from US, look different because not only they have well rounded midriffs but also look like overweight giants. I had seen them during their early years in India and also later in US, after having settled down there. They had till then managed to maintain their weights and figures. Why have they gained so much weight much later in their life,when they had maintained their weights earlier, unlike my young friend, mentioned above, who has become a fat guy during his twenties itself. 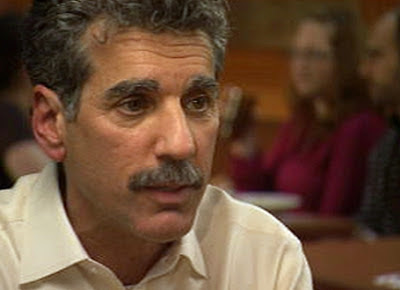 Dr. John T. Cacioppo, an award-winning psychologist at the University of Chicago, perhaps has the most probable answer. He feels that the sole reason for this abnormal weight gain could be “loneliness.” He says that loneliness undermines people’s ability to self-regulate. He explains that lonely individuals tend to do whatever they can to make themselves feel better, if only for the moment. They may overeat, drink too much, smoke, speed or engage in indiscriminate sex. A review of research published in 1988 has found that social isolation is on a par with high blood pressure, obesity, lack of exercise or smoking as a risk factor for illness and early death. Psychologists now can measure a person's loneliness by an assessment known as U.C.L.A. Loneliness Scale.

In a series of experiments, Dr. Cacioppo found many bad effects on persons subjected to loneliness. In one experiment he gives as an example, participants were made to feel socially disconnected, and it was found that they ate many more cookies than those who were made to feel socially accepted. In a real-life study of middle-aged and older adults in the Chicago area, Dr. Cacioppo and his colleagues found that persons with high scores on the U.C.L.A. Loneliness Scale, ate substantially more fatty foods than those who scored low. Dr Cacioppo says: “Is it any wonder that we turn to ice cream or other fatty foods when we’re sitting at home feeling all alone in the world? We want to soothe the pain we feel by mainlining sugar and fat content to the pleasure centers of the brain, and absent of self-control, we go right at it.” Surprisingly, Dr. Cacioppo has found that loneliness even affects our Genes. His findings show that loneliness predicted changes in DNA transcription in turn dampen the body’s ability to shut off the inflammatory response. Loneliness can impair health by raising levels of stress hormones and increasing inflammation. The damage can be widespread, affecting every bodily system and brain function.

In another study by Dr. Carla M. Perissinotto and colleagues at the University of California, San Francisco, 1,604 older adults were followed and assessed for loneliness for six years. The study found out that those who were lonely were more likely to develop difficulties performing activities of daily living like bathing and dressing, using their arms and shoulders, climbing stairs and walking. Loneliness was also associated with an increased risk of death during the study period.

Extending Dr. Cacippo's argument, Dr. Lisa Jaremka, a postdoctoral fellow at Ohio State University, reported in January at the annual meeting of the Society for Personality and Social Psychology that people who are lonely have higher levels of antibodies to certain herpes viruses, indicating more activated viruses in their systems. In another study, she found higher levels of inflammation-inducing substances in the blood of lonely people. Chronic inflammation can be linked to heart disease, arthritis, Type 2 diabetes and even suicide attempts, Dr. Jaremka says: “ People who are lonely also react more strongly to negative events and perceive daily life as being more stressful, which can depress the immune system.”

These studies bring out some startling facts such as divorced people have reported feeling lonelier in a bad marriage than they do being single, people who live alone may still have a large network of friends and family that helps to keep loneliness at bay. That is why Dr. Cacioppo says that having many friends and family members around does not guarantee immunity from loneliness if the relationships are missing a strong emotional connection. The quality of these relationships or how meaningful they are to the individual, really counts more than numbers in predicting loneliness, his studies and others have shown. 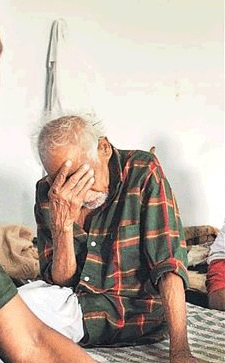 I think that these studies really prove the profound effect, loneliness can have on our lives. Particularly susceptible to this dreadful state of mind, are young students living alone in foreign countries, married people, who have very little emotional connection with their spouses and above all the senior citizens. In today's societies, most of the seniors are left alone to lead their emotional lives. Physically they may be living alone or with the family, with whom they may not be emotionally connected. It is up to the individual to get out of this trap of loneliness. The way in which this could be done, would vary, as it is dependent on the social norms and the country, where one lives. But the underlying needs would remain same. We should all keep in mind that 'Loneliness' is a slow killer.

( The details about the medical studies mentioned above are based on a report in New York times.)
22 May 2013