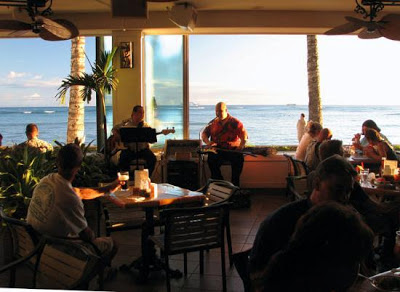 As a major attraction, many of the places, that are famous for fine dining, usually offer to their customers, some form of some live artistic performances. These are normally in form of instrumental or vocal music and even Jazz bands. Sometime back, I had visited a small place in Chicago, where a Jazz band would play every evening entertaining the patrons. I also remember that on Bengaluru's Brigade road, there was one such restaurant and where I would invariably go for my dinner, whenever I was in town for some business trip or other, simply because a smooth voiced male singer, with a good instrumental accompaniment, would sing there, all the latest hits of Bollywood actor/singer “Kishor Kumar.” I still remember his rendering of a famous song from a Bollywood hit film “Amar Prem.” I have forgotten now even the name of the restaurant, yet vividly remember, the rendering of that song. Such is the power of music. No doubt that a live musical performance, adds immensely to the ambiance of the eatery.

A restaurant in Singapore has now taken this dinner time entertainment a step further. It has started offering a short drama play to the diners for a few days, while they enjoy some finest gourmet food. Fine Palace cafe, located on Waterloo street, is offering a somewhat morbidly titled play “The Woman who cooked her Husband” to the diners. However, the audience, would not be served the cooked husband (Ha Ha!) but a 3 course gourmet dinner. The audience would be limited only to 30 patrons. 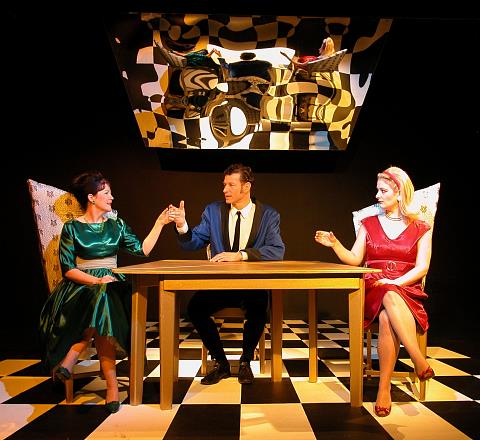 As I see it, one possible outcome of such kind of entertainment, could be that the patrons would neither fully enjoy the drama nor the food, as their attention wold get divided. This was really a challenge faced by the creative team as it wanted to incorporate the food served to the patrons into the theatrical event itself so that the diners would not feel the whole effort as a disconnected “dinner theater event.” Singapore is known world over, as a “foodie” country and food is highly regarded here. Show organizers hope that foodies of Singapore would be enticed to watch the drama because of gourmet menu.

Initially the idea was that the actors themselves would be serving the food. The idea was quickly vetoed by the restaurant management because to serve 30 patrons efficiently a much larger number employees would be needed. So now the kitchen and the wait staff will be on hand to prepare and serve food as the show goes on.

The audience would now choose from a watered down version of standard menu. Since the original play was written by an English author and produced in England around 1990, the show organizers have selected dishes that emphasize modern European cuisine with an Asian touch.

The logistics of serving food is now linked to the plot of the play. Everything has been fixed in such a way that serving would be linked with specific time markers from the play. An interesting problem, however remains to be solved. Throughout this play, some of the characters are shown drinking and the actors want real alcohol served to them. The show organizers remain worried and hope that they do not have to physically carry the actors home because they are drunk.