Chinese 2013 Incursion in Northeast Ladakh: Why did they do it? Part I 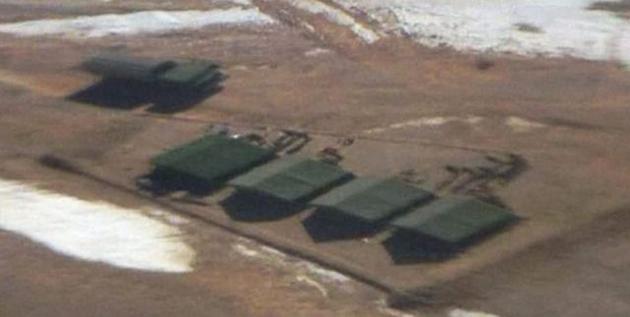 On the night of 15th April 2013. about 40 Chinese People’s Liberation Army (PLA) troops stealthily intruded 19 km inside Indian territory across the line of actual control (LAC) and set up 4 tents in the Daulat Beg Oldi sector of the Northeast Ladakh. Another tent was added after two weeks. I have already dealt with all the background information about this Chinese action in my article, Trouble brewing on India's northeast Ladakh border with China and I do not intend to repeat it here.

Most of the people in India were completely puzzled by this Chinese intrigue. The netizens and media Pandits rushed to offer explanations for this strange Chinese action. Most of the people including bloggers, retired generals, the opposition spokespersons, television commentators and newspaper columnists rightly blamed China for this provocative action. Most of the commentators thought of this Chinese provocation as a way of putting pressure on militarily weaker India, presumably to extract concessions like freezing the number of troops that can be deployed along the border, or some way restrict the Infrastructure development being done by India on the borders. Chinese have already set up such infrastructure and by limiting India, they would always retain their stronger position. Some people also thought that this adventurous incursion was carried out by some lower order military authorities at the behest of some pressure group trying to pressurize, China's new political leadership. Some others gave the reasons of this incursion as Indian Government's apparent weakness and feebleness, which was being probed or tested by Chinese.

There could be some elements of truth, in all these lines of thinking, but they do not appear to me as completely satisfying answers to the vexing questions; why did the Chinese do it? Why in godforsaken, desolate and forlorn place like Depsang plateau? and why now?

Let us look at this situation in a broader perspective. At this point of time, Chinese have picked up territorial disputes with Japan, Philipines and Vietnam, why add another dispute to this list? There is simmering tension across the Ladkah border in Xinjiang. Historically speaking, China did win the 1962 war with India and managed to grab a large land area in Ladakh and control over almost complete Aksaichin region, but it also converted  overnight,  a perfectly passive and placid neighbour  to a foe. This latest Chinese action was surely going a raise a stink in India and a stronger call for more spending on military capacity, along the border. India’s reliance on a nuclear deterrent alone no longer looked sufficient.

China -India trade, which was nothing in 1962, has now grown to US$ 66 Billions and is almost one way in favour of China. China and India have agreed to co-operate as members of the BRICS group of countries. Even for solving border disputes, both countries had established limited mechanisms for managing their disagreements peacefully. No country would like to jeopardise all this. Yet Chinese appeared to have done it.

Ever since the day of incursion or 16th of April, local commanders of two armies in Ladakh, have been holding a series of flag meetings to sort out the incursion issue. To start with Chinese simple refused to accept that they have disturbed the status quo and kept claiming that they were well within their areas of control. At the diplomatic level, India's foreign office was in touch with Chinese. The international press almost carried the story as told by India's media, which was leaked to them in the first place by Indian Army. In south east and east Asia it was picked up by all news agencies. It was obvious that there were not very few takers for the Chinese version of it and in already strained scenario in south east and east Asia, this was another arrogant act by Chinese. Indian army highlighted in a series of tweets, visit of Gen Eiji Kimizuka, Chief of Staff, Japan's official visit to India. 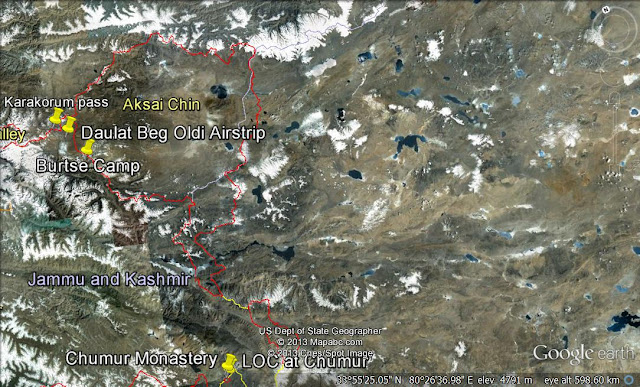 For whatever reasons, a flag meeting held on Sunday 5th May 2013,which took place at 4 p.m., and a deal was struck, which suddenly and mysteriously ended the row with commanders from both sides shaking hands and ordering their troops, facing each other 300 meters away, to dismantle their tents. By 7.30 PM, Chinese were gone. Some newspapers have reported that India has agreed as part of the deal, to dismantle a tin shed erected 5 Km inside of what Chinese call LOC, on a small disputed part of the boundary, near 'Chumar' monastery in south Ladakh, more than 300 Km away from the Depsang plains point of incursion. This shed was apparently erected on 18th April as a tactical response to Chinese incursion of 15th April and India immediately agreed to dismantle it in the deal as it was only  meant as a tactical move to pressurize Chinese.

Well! How do you explain this strange course of action by the Chinese? To start with, we need to have some historical perspective. I have written a number of blog posts about historical and Geographical perspectives of Ladakh and also a detailed account of 1962 war in Ladakh. Those readers, who are interested, can go through these articles to acquaint themselves with the actual situation and future perspectives. Here is a list. 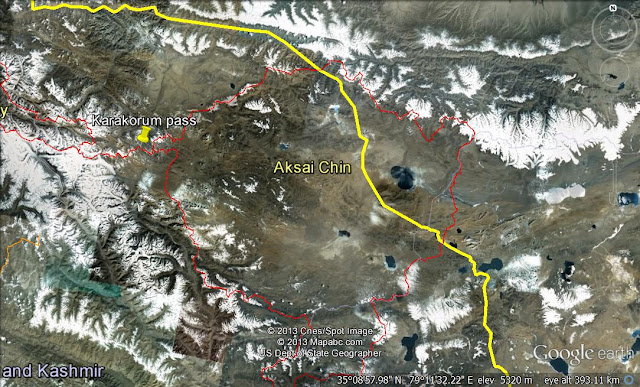 Coming back to our story, immediately after annexation of Tibet in 1950's, Chinese started working on a highway (shown in yellow line) that would connect Tibet with other western region of Xinjiang. The problem with this road was that it passed through Aksaichin region, belonging to India. So important was this road strategically to Chinese, that they decided to build it without bothering about India. Though this region politically belonged to India, the only monitoring that was done historically, was by occasional police patrols, that too only in the summer. After India started objecting to this road, a decision must have been taken by the Chinese leadership at top to secure this road, at any cost, by putting all such passes and river valleys that lead to this road from any expeditionary forces of the Indian Army. This was the sole and basic reason for 1962 war in Ladakh and after the humiliating defeat, India was forced to accept a new LOC, as decided by Chinese, that served this function well. This fact could be ascertained by going through history of 1962 war. Effectively, starting from Demchowk in south, Chinese managed to seal all gateways to Aksaichin and Tibet at Hotsprings, Rezang La, Spanggur Gap, Kongka La, Galavan river and Chipchap river in north (near the famous Karakoram pass), totally to any future Indian expeditionary forces.

Was this sealing of the Aksaichin region from India,really complete and total or there were still some gaping holes that were strategically still dangerous? To find an answer to this question, we should really go back to beginning of twentieth century in 1907, when a German explorer, Sven Hedin, was leading a trekking expedition across southern Tibet.