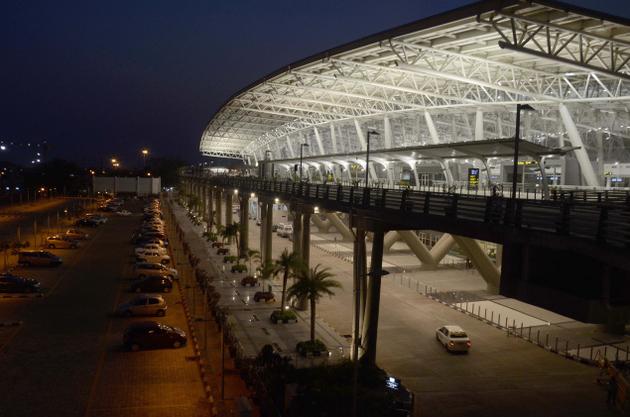 About a month ago I wrote a post about how confusion reigns supreme at the international airport of Chnnai, India's fourth largest city. Passengers passing through this newly built airport, at a cost of over 2 Billion, keep complaining publicly about lack of facilities, faulty ramps and dirty restrooms. The saga however continues with more and more problems coming to light. On 18th April 2013, passengers found out, that air conditioning ducts were leaking and droplets of water were falling down. On 24th April, few passengers found that pigeons have made cozy nests amongst structural steel members supporting the roof and there were pigeon droppings inside the new domestic terminal.

These problems perhaps were too minor as on 3rd May 2013, it was found that 13 glass panels inside new domestic terminal had cracked. The panels that had cracked were on the air side of the new terminals. Airport authorities were in no position to explain, why it happened? And could not guarantee that it would not happen again. Airport director, in fact, gave a long list reasons for the mishap saying “The cracks may have been caused by contraction and expansion in the glass frames due to weather changes. There may also have been a problem with the sealant used in the frames.” I feel that all this happens to be common knowledge and director's explanation can not be considered as particularly useful. Officials at the airport were asked whether inferior quality of glass panels were used? In a reply, the official had said that the panels were of superior quality and were imported from France.

Glass experts were summoned to inspect the cracked panels, from Central Glass and Ceramic Research Institute in Kolkat. But they were not of much help. They agreed that this problem needs to be resolved at the earliest as cracked panels are likely to be dangerous in crowded areas such as airports. They felt that it was hard to nail the problem to one cause, unless they are able to analyse the nature of the crack. According to them, the Kolkata airport too, many glass panels had developed cracks. This however brings no consolation for Chennai passengers as problem still remains unsolved and may recur again. 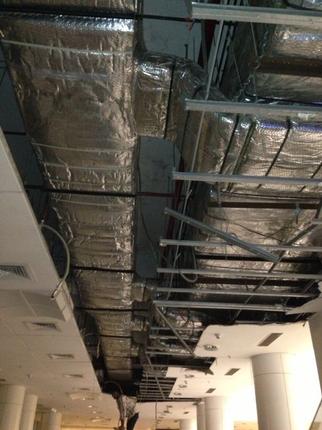 This week, another problem came to light, which again is potentially dangerous to passengers. On 13th May 2013, portion of false ceiling near the security hold area known as 'Bus lounge” of Chennai airport's new domestic terminal, collapsed. 20 fiber board and gypsum board panels, each measuring 4 feet by 4 feet and covering about 60 sq. meters area, came crashing down around 2 A.M. The panels, made from gypsum board and light weight glass wool reinforcement, were fitted to reduce noise levels inside the terminal buildings. Luckily, as there were no operations at the time, no passengers were present in the area and hence no one was injured. As the panels collapsed near the boarding gates H1 and H2, the Airports Authority of India (AAI) closed the area and cordoned it off. Gates H3 and H4 continued to be used.

This time again, an explanation for the mishap has been given. It seems that before this incident took place, there was an unexpected downpour combined with heavy thunderstorm. There was a gust of strong wind that might have entered the enclosed area, creating a tunneling effect. All such atmospheric conditions are fairly common place and engineers should have factored in much higher wind speeds while installing the false ceiling, especially because it is a non-structural element that is incapable of taking heavy loads.

The panels were put up only about 18 months ago and have been manufactured by Armstrong Ceilings India. But the problem is not concerning the quality of panels but shoddy workmanship. A representative of Armstrong Ceilings India says: “Just after the contractor installed the false ceiling at Chennai airport, we inspected it and told the AAI about a couple of rectifications that were required. We were called in for a second inspection, and we observed that the defects continued to persist, and so we did not give a satisfactory report. We expected this to happen. Our material has the required third-party certification and is of good quality.”

Repair work was taken up immediately and must have been completed by now. But it is quite obvious that someone, somewhere has taken an easy way out. More rigorous inspections have to be done over this entire project to avoid any further mishaps. At present it looks that Chennai airport's cup of woes is not yet full.