This is a story of two strong willed individuals from India's lower middle class, who, through their sheer hard work, staunch middle class morality and a capacity to dream high, have made their life a success. I am so impressed with their life story that I want to share it with my readers.

The two individuals from my story are of course a man and a woman,whom I shall call our hero and heroine. They fell in love with each other, when everything appeared to have been stacked against them. The man was working in a small industrial unit as a machine operator. His pay barely supported his family of a widowed mother and siblings; two sisters and a brother. The girl, working in the same industrial unit was legally separated from her namesake ex-husband. Her marriage was never consummated and she had not even met him after marriage ceremony. On top of all this, the man and this woman belonged to different casts; their union was considered a taboo in India's rigid caste system and opposed by everyone.

Still, the couple managed to patiently wait out till girl's legal divorce came through and then they got married in a simple ceremony. The life was not a bed of roses, as the couple had to live with man's extended family in a one room dwelling not even provided with toilet facilities and had to use public toilets. But then, an opportunity came up by sheer chance, the man was selected for a Government job as a machine operator; which meant end of uncertainty, a stable life and assurance of retirement pension. The girl continued to work, where she had worked all along. 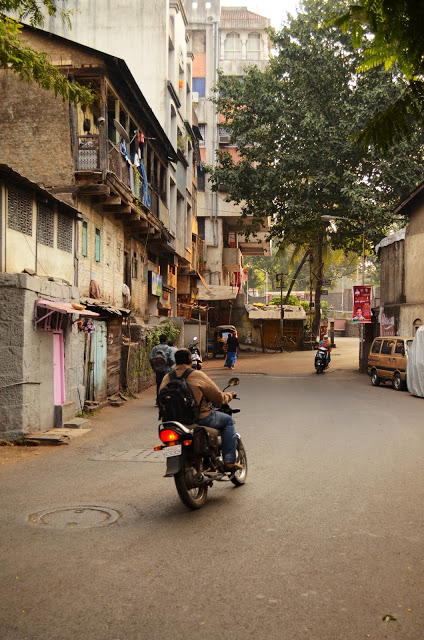 Steadily and surely this lower middle class couple, fought all adversaries facing them in life. Within a decade the siblings became independent and moved out. Sisters also got married. Meanwhile they were blessed with two children, a boy and a girl. Life quality improved and they were living happily with their modest income.

A new problem however arose as the factory, where our heroine worked, moved to a new location about 25 Km away. Our heroine found the commuting really very tough and finally decided to give up her job. It was a tough decision but there was no real choice as such. She tried in vain to look for another job nearby, without much success. She found it very difficult to be a mother of two growing children and raise them in a locality, which almost appeared like a slum, and also find work in the vicinity. She decided to use her cookery expertise and fill small orders for snacks coming from people who knew her.

But them another golden opportunity turned up. There was a school not very far from her dwelling. As per the new policy of the Government, schools were asked to provide mid-day snacks for the children and the principal of the school knew our heroine and had tested her dishes. She was offered a contract to supply snacks for kindergarten kids for one term. Our heroine took up the challenge and converted her one room dwelling in a daytime kitchen. Soon, her recipes, cleanliness and quality of food were accepted by school authorities and she was awarded a contract for providing snacks for the primary school.

Running a full fledged catering business from one room dwelling was not easy. She started hiring help from neighbours, who gladly helped her because they could earn some extra cash. The responsibility of making purchases was taken up by her husband, who used to go the main vegetable market at 5 AM in the morning. They continued working in this fashion for years and years without complaining or getting frustrated.

Slowly, her life style improved. Kids went to better schools, graduated. She bought a van that could be used for both personal and goods carriage. She started building an independent bungalow on outskirts of the city, slowly as money became available. The children were married off. Today our hero and heroine have retired from their job/business. The son was a mediocre student and our heroine knew, that he might not be able to get a good job. But he has now taken over the catering business and with the help of his wife is managing it well. The daughter helps her husband running a travel agency. I am quite sure that the children would carry forward the legacy of their hard working parents.

Our hero and heroine can now enjoy their quiet retired life in their own bungalow far away from the maddening crowd and spend week ends with their grandson. They go on yearly vacations with their family that includes even air travel. Their life story may be a story of middle class family success without any glamour, achieved after hard and fighting lifetime. But what else ordinary people really aspire for?

I have narrated this simple life story of a couple to highlight the strengths of India's burgeoning middle class. This class has been recently re-discovered by many Indian and international commercial enterprises as their potential customers. India's future now all depends upon this main stay of the society; a growing middle class that believes in Indian traditions and morals taught to them by their teachers and elders and which they try to pass on to their offspring. They know that only sure shot way to success is through sheer hard work and persistent effort, but they also never let go a true opportunity in life, that comes their way.

When I think of people like our hero and heroine, I feel assured about India's future.