A shipwreck in South China Sea 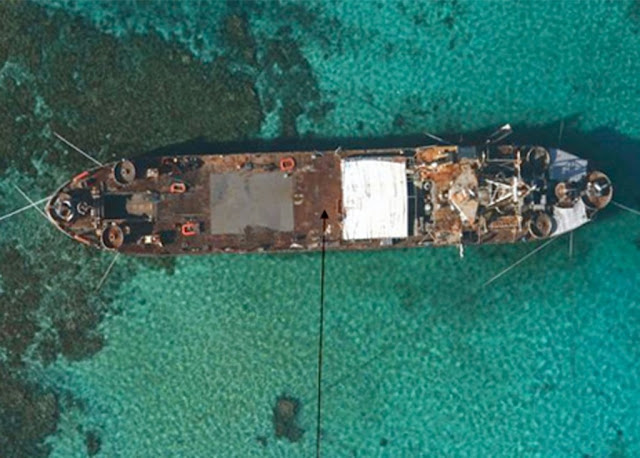 About 200 Km west of Palawan island, located at the southwestern end of the Philippine archipelago, two scattered groups consisting of few rocks, project out from the deep waters of the South China Sea. During low tides, much of the reef is above water. It even encloses a small lagoon. The rocks, known as “First Thomas Shoal” and “Second Thomas Shoal (also known as Ayungin),” are part of “Spratly islands” group and have gained in recent years some importance from a strategic point of view. Out of these two reefs, “Second Thomas Shoal is considered as a strategic gateway to Reed Bank, believed to be rich in oil and natural gas. Philippines claims that Reed bank tabletop, where all the oil and gas fields are supposed to be located, is within the country’s 200-nautical mile exclusive economic zone.

There have been claims and counterclaims of littoral countries of the region, on these reefs, which are a part of Spratly islands. In 1999, in a sudden action, Malaysia occupied Erica Reef and Investigator Shoal. Responding to this, Philippines purposefully ran aground two ships, BRP Sierra Madre and BRP Benquet, on Ayungin (Second Thomas) Reef and Panatag (Scarborough) Shoal during the same year. China, claiming sovereignty over Spratly Islands, requested the Philippines to remove the grounded ships. The Philippines immediately replied that it will do so whenever it can remove the ships. However, the one on Scarborough Shoal, was the only ship that was removed. On the contrary , considering the importance of the Shoal as a gateway to reed bank, Philippines actually assigned soldiers to take shelter on the grounded ship at Ayungin Reef and they continue to do so even today. 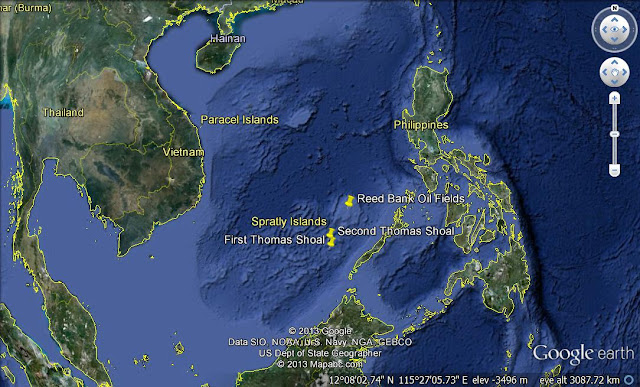 In 2010, Manila awarded an Anglo-Filipino consortium a license to explore for gas on Reed Bank but drilling stalled last year due to the presence of Chinese ships. Manila says that Reed bank is within the coutries 200 nautical miles exclusive economic zone, whereas Chinese say that it is part of Spratly Islands over which China has undisputed sovereignty.

This week, all of a sudden, three Chinese ships including a naval frigate appeared on the horizon and moved up to a distance of 9 Km from the old and rusting transport ship, ran aground by Philippines and over which a dozen Philipino marines have been stationed. This action immediately ringed alarm bells all over ASEAN as many of the members already have running territorial disputes with China. A Philippines spokesman asked the Chinese to immediately pull out of the area as they were clearly in the waters belonging to Philippines. Chinese refused to vacate from this area saying that “Second Thomas Shoal” was part of the Sparatly Islands over which China had indisputable sovereignty.

So, here we go again. China having just managed to create another international incident similar to what it did on Depsang plains in northeast Ladakh on border with India, where 30 or 40 Chinese troops encroached 27 Km on India's side of Line of control making it somewhat difficult to comprehend the logic and motive behind these repetitive Chinese actions. 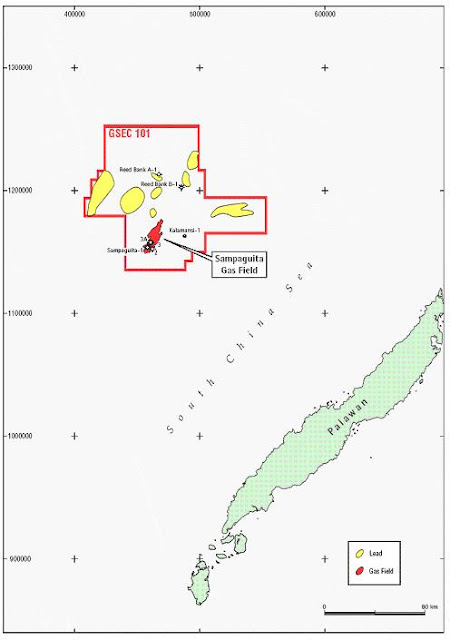 An Analyst from Institute of Southeast Asian studies says: “ Tension at Second Thomas Shoal could prove more dangerous than last year's standoff at unoccupied Scarborough Shoal, given the presence of Philipino troops.” He adds: “It is hard to imagine China using force to gain control.... but some kind of blockade to drive out the Philipines troops would be a possibility. There is a real chance of escalation or miscalculation.” This feeling was echoed by another senior Philippine navy officer, who said that the Philippines believed China was trying to pressure it to leave the shoal. He added :“We don’t want to wake up one day with fresh structures sitting near our navy ship there. We have to bite the bullet and strengthen our position there or risk losing the territory.” China says, it was merely acting to prevent illegal fishing in Chinese waters.

There is another striking similarity between this incident and Depsang plain incident in Ladakh, which happened weeks before Chinese premier Li Keqiang was to visit India and hold important bilateral discussions. Here also, the incident has taken place just before US Defense Secretary Chuck Hagel meets his Asia-Pacific counterparts at the so-called Shangri-La Dialogue in Singapore at the weekend. The South China Sea is on the agenda of the regional security forum. Also Chinese President Xi Jinping will be visiting the United States in June. A Chinese military think tank have already put the blame for the incident on the US “pivot” back to Asia which had “shattered” the relative calm of the South China Sea, warning of crisis ahead.

The flashpoint may not create fire at this point of time, just like Depsang plains incident, but potential of conflict remains creating much tension in South-East Asia and ASEAN.