A friend in need 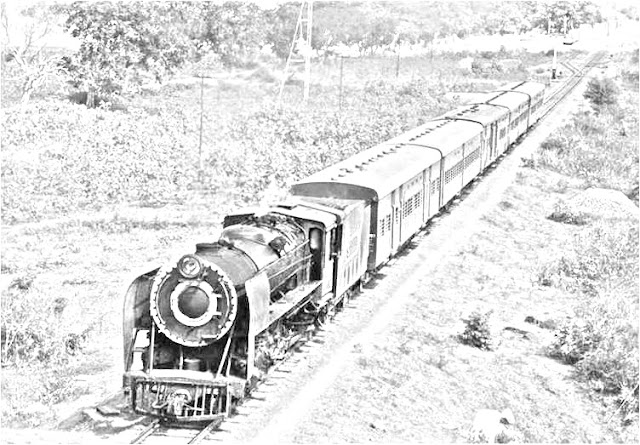 After my first year college examinations, I decided to visit, during my summer holidays, an aunty of mine, who was staying in the central Indian city of Indore. Indore was very poorly connected then with other cities. There were no intercity bus services like today and only option was to travel by train. There were two routes from Mumbai, by which it was possible to reach Indore. The first one went through central India and touched towns like Bhopal and Mathura, where as, the second one went along western India through Gujarat and Rajasthan. For going to Indore, I had the choice of either taking the first Mumbai-Bhopal route, get down at a station called Khandawa and then catch a meter gauge (smaller track width) train to Indore. The other choice was to go by the other route and get down at a place called Ratlam and then again take a meter gauge train to Indore.

Everyone advised me to take the second route. According to the advice, I bought one III class ticket to Indore and arrived there safely. My holidays in Indore were really great. My aunty is just 8 or 9 years older than me and since my childhood, we had played together in my kiddy days. It was nice to see her now as a housewife and a young mother of an energetic and happy daughter just one and half years old. I went around Indore, we had picnic parties and in general there was lots of fun. My holidays were over rather quickly and the day of my departure arrived rather sooner. With a heavy heart, I bid goodbye to everyone at Indore and again took my seat in the Indore-Ratlam meter gauge train leaving Indore around 2 PM. This was expected to reach Ratlam sometime late evening and I was supposed to catch Frontier mail at Ratlam, around 9 PM. I had enough spare time at Ratlam.

Our train left Indore on the dot, but right from the outer signal of the city, it started halting for indeterminable intervals starting from 10 minutes and stretching to 20 or 30 minutes even, almost at each and every signal. It was one hell of a journey, with nothing to eat. I was a young man then and considered carrying packed dinner with me, something below my prestige. I soon realized that except for tea and coffee and biscuits, nothing was available on the stations and besides most of the train halts were not at the stations. I felt terribly hungry and dejected. In those days, ordinary land line phones themselves were such a rare commodity that question of having mobile phones did not even exist in dreams. I finally reached Ratlam at 10 PM in the dead of night. I was extremely hungry and confused. 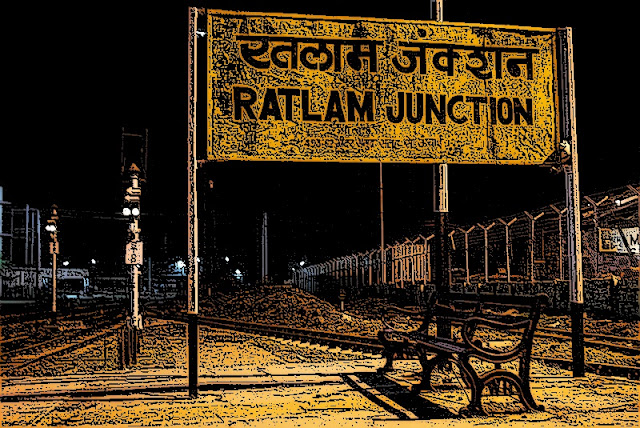 My connecting train to Mumbai had already left earlier at 9 PM, and I was without any reservation for further travel. I checked up with the station master, who told me that I could travel by Delhi Janata Express which reaches Ratlam early next morning, but I would have to take my chance and see if there were any seats in the reserved compartment. Other choice was to travel in an unreserved compartment. Anyone, who has travelled in an unreserved III class compartment of a long distance train on Indian railways, would vouch that it is nothing short of hell. Passengers, usually more than 10 or 15 times the carrying capacity of the carriage, travel in unreserved compartments with tonnes of luggage. It is the worst nightmare one can have. I somehow braced myself for the calamity and showed my ticket to the station master.

A bigger shock awaited me as the station master told me that this ticket was no longer valid for travel as my journey shall now commence past midnight, when my next train arrives and I would have to buy a new ticket. I was almost frozen with fear, as I knew that I did not have enough money in my pocket to buy a fresh ticket. I walked out of the station master's room and just sat on a bench for some time. Few minutes later, I realized that I was extremely hungry and pangs of hunger were much stronger that any worries about money. I went to the station dining hall and ordered a vegetarian thali ( a full meal consisting of bread, rice, vegetables.) The dining hall was a nice and warm place and there were few diners having their dinner.
An elderly gentleman who looked friendly was having his dinner. I asked him whether I could join him. He agreed immediately. I sat at that table and had my dinner. I must have looked terribly nervous, because, he asked me whether I have any problem. I must have been probably at the point of breaking down because I told him about my panicky situation. He just laughed and asked me how much money I had. I counted everything that was in my pocket and told him the amount. He didn't say anything but put his hand in his pocket and took out his wallet and took out a 10 Rupee crisp note and offered it to me. I was so glad that I had no words to thank him. I meekly accepted the money and asked him about his name and address, so that I could send the money to him by money order. In return, he gave his business card to me and said that there was no need to send the money. Within next half an hour, he left on another train.

I then bought a new ticket to Mumbai after midnight, which would be valid for next 24 hours, managed to find a seat in the reserved compartment in the train and reached Mumbai, slightly tired but with my senses still numbed with what had happened at Ratlam. Later, after going home, I told my parents, what had happened and sent a money order for 10 Rupees to my benefactor.

Few days later, our postman brought back the money order form and said that receiving party has refused to accept the money order and he returned the money to me after cutting the commission of few Annas and gave me an acknowledge slip. My kind friend had scribbled two lines on the slip that said.

“Thanks for returning the money. I am pleased with your honesty. Please keep it as a gift from your friend.”

I never met this man again in my life. But I do not think that I would be able to pay back his debt in my entire lifetime even if I meet him again. In fact, I feel happy to remain indebted to him for my lifetime.