I was visiting a manufacturing industrial plant a few years ago. During the course of my visit, I was having a meeting with one of the senior departmental managers, in his cabin, when I noticed a rather strange thing. On one sidewall of his room, there was a medium sized glass window with a sliding glass panel. A table was arranged inside the room next to this window. A register of sorts was kept on the table. After every few minutes, somebody would slide the glass panel, look at a wall clock, which was hung on the opposite wall, jot down something in the register, pick up a bunch of keys, which were kept on the table and then close the glass door. After some time, the same person would return again, jot down something again, and keep back the keys and leave. This went on and on, throughout my meeting with this manager. I felt disturbed every time this window was opened but the senior manager did not appear to take notice of it at all. It would have looked very impolite for me to ask this manager about this window, so I remained silent. Later, I was sent along with a junior engineer to take a look at some problem equipment. This junior engineer turned out to be a very jovial character and a regular chatterbox. During this little excursion we had, I asked him about the window in the manager’s cabin. His happy face suddenly turned very pensive. It turned out that this arrangement was a way, in which management of the company controlled the time spent by the employees in the loo. Whenever any employee wanted to visit the loo, he had to show his face to the manger, write down the time in the register and take the keys. After his visit, he was expected to repeat the procedure. My young friend also told me that each and every employee in the department, resented this arrangement but had no choice really and some of the middle management fellows, in fact feel so terribly insulted by this arrangement that they somehow want to leave the place. It appeared to me also at that time, a very obnoxious and inhumane way of treating employees.
Later, when I was visiting another very large industrial plant, I had to inspect another piece of malfunctioning machinery, this equipment was located in a room next to the rest rooms and the access to this room was through the rest room only. Being a fairly large industrial plant, this rest room was a large arrangement. The conditions inside the rest room did not appear very clean. A stink pervaded everywhere. To my utter surprise, I found few workers in blue overalls squatting and smoking near the walls, which were stained with red traces of spit mixed with betel nut juice and tobacco. I found few workers, even sleeping in that stinky atmosphere which carried a strong smell of urine and phenol. I had expressed my surprise to the maintenance engineer who was with me. His comment was rather interesting. He said that it is the mentality of Indian working class. They want to relax at companies cost and here in rest rooms, no supervisor or manager would turn up
Now, what exactly is this Indian working class? And why do they behave in this fashion? Why their working time needs to be supervised and monitored? During my visits abroad, I had visited factories in Europe and even in America. Nowhere I had seen, these types of controls on the employees. The workers there would be seen, leaving their work places at will. I had found that there were cafeterias and ping-pong tables for them in work place. Why no such facilities were provided in India at least till advent of ‘Infosys’ and similar software companies? Questions remained in my mind without answers. Later, I found out that this so-called working class, also argues, squabbles and fights on every inconsequential and petty issue with the management. One day the complaint would be about a particular brand of biscuits served with tea. Next day quality of uniforms would be found to be of poor quality. 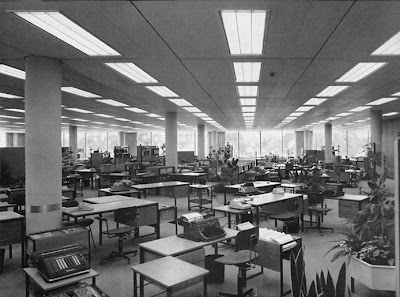 Later in my Life, when I started my own Industry, I found answers to all these questions that were hidden in my mind. An Indian industrial worker is a perfect picture of sincere ness, earnestness and willingness for first six months of his employment. He would exactly follow the instructions given by his superiors. He would never leave his work place and complete all tasks without complaints. However, when he completes his probation and is confirmed, a magic transformation now takes place. He joins the great Indian working class and acquires its mentality. Five basic postulates are now imbibed in his mind. Every situation faced by him or observation made by him is now analyzed on the basis of these five golden postulates. Firstly, the company he works for is the biggest cheat, liar and thief, exploiting the workers and giving them peanuts in return. Secondly, all his supervisors and managers are lackeys of the company. Thirdly, each and every facility provided by the company along with his pay is his birthright and can not be taken back. Fourthly, he may abstain from work any time and for any length of time without any prior intimation to the management and whatever loss of production or work that may happen as a result is solely the problem of the management and in no way he could be held responsible. Last but not the least, is the assumption that no power on earth can now remove him from his job, whatever may be his actions but he can leave the job without any notice.
In our factory, we had to complete, dispatch of a machine, on a particular day. This was very important for us from cash flow as well as future business considerations. A specific finishing operation had to be done just before dispatch. We had a specialist worker to do the job. He worked on the machine, on the previous day until late evening and promised me that he would report for work next day, early in the morning. To my horror, on the day of dispatch, this worker did not report for duty. I had to send someone to fetch him from his house. But I found out that he had left for his hometown in the night itself. This worker reported for duty after a fortnight and when he was asked to explain his absence, he gave no specific reasons for his absence. In another instance, a lady engineer told me one morning that she has got married with her sweet heart yesterday evening and they would be flying to USA that very evening. I took quite some time to restore the production schedules and status with this sudden development.
As an incentive to workers, we used to send them on an excursion trip during yearly Deepavali holidays. The management paid all expenses for this trip. In a particular year, this could not be arranged. I had a surprise waiting for me. After a few days I got a letter from the workers, that stated that they should be compensated with extra wages as this facility was not given to them this year. In a factory, computer controlled machines were introduced. The machine operator now had to feed input data to the computer. Rest of the jobs were done by the computer, since operator had no work, management suggested that one operator could operate three such machines simultaneously. The response from the workers was they could do it provided they are paid three times the usual wages. Most of the managements in India overcome these working class mentality problems by building staff redundancies at every level. But the problem here is that when a job could be done by one person, you need to have two or three persons available.
Why only Indian workers behave in this fashion? Why workers in other countries do not have this mentality? In this era of globalization and competition, how can our enterprises compete with the world, with this dead weight around their necks?
To my mind, this entire problem is the result of one legacy; British bureaucracy has left to us. It can be simply described in just two words as ‘Job Security’. In pre independence period, to make Government jobs attractive, they were made secure. This meant that whatever you do, you stay on the job until you retire. This concept has now spread all over the country including the industry.
Management of a company finds it very difficult today, to sack or remove an employee because he does not do his job as expected.
How do we solve this problem? How do we re- bottle this Genie? The solution is simple. Just forget about the concept of job security. Each and every job should be a hire and fire job. If an employee wants the job, he better perform. Managements should be allowed to get rid of workers with working class mentality. Perhaps some of our friends who swear allegiance to flags of certain colour, may not like this idea. But there is really no other way.
We do not need to keep records of worker’s visits to the loo then.