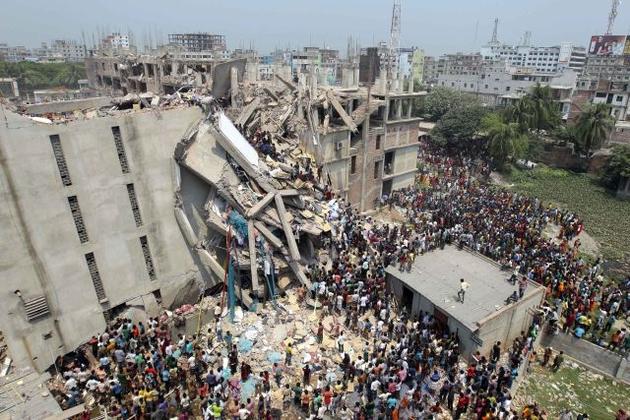 Bangladesh can truly be called today, the garment capital of the world. Bangladesh exports $18 Billion worth of ready-to-wear garments to developed world, which also works out to about 80% of the country’s overseas exports. Every major brand in the western world like H&M, WalMart, Gap, Next and Marks and Spencer today purchases garments from this country. In the process, Bangladesh has become world’s second largest exporter of ready to wear garments only after China. With increasing labour costs, rising inflation and a strengthening currency, China is fast losing its foothold as the world’s lowest cost manufacturer of ready to wear garments and countries like Indonesia and Bangladesh are the biggest winners. It would be no wonder, that in few year’s time, Bangladesh takes over the top position held by China today.

One specialty of the Bangladesh garment industry is the garments made from blue Denim cloth such as Jeans. Since 1990, a new type of denim finish became very popular in western world denim users. It is called distressed or already worn look. The new garments with this look, appear as if they have been used for years. Such a finish is created by actually sandblasting the denim garment with sand. This is done by mixing fine sand with compressed air with the help of an air compressor, with which suspended sand particles in air are blasted on the garment by means of a hose fitted with a nozzle.

Behind this rosy picture of increasing exports are the hidden long hours of painful labour, low wages and unhygienic conditions, suffered by the textile workers of Bangladesh. There are more than 4000 garment factories in Bangladesh and many of these operate in dingy little places with poor ventilation and lighting. The workers are paid poor wages, yet they are forced to work because of the general poverty and lack of jobs in general. Work shifts, as long as 11 hours at a stretch and wages equivalent to US$ 70 a month are very common. The situation in the factories making distressed jeans is even more horrific. The air within the factory would be thick with silica particles and each and every person working in the factory would keep on breathing this air for long periods up to 11 hours.
The immediate effect of this is watery and painful eyes and extreme tiredness due to lack of fresh air. The long term effect is known as Silicosis, where small silica particle get deposited in the lungs. It causes shortness of breath, coughing, weakness and weight loss. If affected person continues to work under such environment, it could turn fatal for him. There is no known cure for Silicosis.

Many of the garment factories are built illegally and safety considerations are largely ignored. During last decade savaral major disasters have struck Bangladesh garment industry, In April 2005, Spectrum Sweater and Knitting Industries factory collapsed killing scores of people. It was found out that the factory was built on a swamp three years ago, and though immediate cause of the disaster was found to be an explosion in a boiler, factory's poor construction also was a contributory factor behind the collapse.

On 24th November of 2012, a fire broke out at 'Tazreen Fashion factory' in the Ashulia district on the outskirts of Dhaka. At least 117 people were confirmed dead in the fire. The factory, opened just 3 years back employed more than 1600 workers and supplied garments to many western consumer chains including Walmart. It was found that its fire worthiness certificate had expired in June, 2012 but was not renewed. It was obvious that safety norms were not followed in the factory.

This week, or on 24th April 2013, Rana Plaza building in Savar, some 30km (20 miles) outside Dhaka, collapsed suddenly in the morning. Eyewitness described the collapse like that of a pancake. There were some 2,000 people were inside the building. As reported on 25th April 2013, as many as 187 bodies were recovered by rescuers. The building was an eight-story building that housed mostly garment factories and ninth floor was under construction at this time.

This building is actually located very near the site of Spectrum Sweater and Knitting Industries factory that had collapsed in 2005. According to the home minister of Bangladesh Muhiuddin Khan Alamgir, it appears that the building owner had illegally added three extra stories to the building and had violated construction codes. The owners have been reported to be gone in hiding.

It should be obvious that behind the glowing facade of rising export Dollars earned by Bangladesh garment manufacturers, something is very wrong. There is a reality that is absolutely rotten. The workers are being exploited and are being made to work in unsafe conditions and buildings. There are very few chances for this system to improve unless the western buyers insist upon buying goods from garment factories, where child labour is not employed, work environment adheres to safety standards and lastly the factory buildings themselves are constructed according to the laws of the land. If they do not do that, they would have to be considered equally responsible for this sad state of affairs.