We have empty space above our heads, that almost extends to infinity. Neither we can define it, mark any boundaries on it, nor we can keep anything in it as the object is bound to get pulled one way or the other by the gravity of some large planet or by some other star if it is in deep space. If someone talks about ownership of this space, the chances are that he is either a poet, someone heading to a corrective institute for lunatics or a budding dictator.

Yet, there is a specific region in space, where nations of the earth are entitled to ownership. This region consists of a single ring above the equator, approximately 35,800 km high up into space and is known as a Geostationary orbit and many more rings that are inclined to this ring above equator. A satellite placed at this height is pulled by gravitational forces of earth and moon in such a way that they exactly balance out each other, or in other words, a satellite placed here will move in an orbit with exactly same speed as that of earth. This means that for an observer on earth, the satellite appears stationary all the time. Such a satellite is extremely useful for communications and TV transmissions. Similar to Geostationary orbit, there are Geosynchronous orbits, which essentially are similar rings in space inclined to Geostationary orbit.

The International Telecommunication Union is a specialized agency of the United Nations that is responsible for issues that concern information and communication technologies. ITU's responsibilities include amongst others, coordination of the shared global use of the radio spectrum and international cooperation in assigning satellite orbits. Speaking in simple terms, ITU assigns slots on geostationary orbits to various nations, where they can place their own satellites for communications and TV transmissions. India has slots assigned to it by ITU and has placed there as many as 15 satellites so far.

Launching and maintaining satellites in Geo stationary orbits is an expensive job and very few countries of the world have capability and capacity to build, launch and maintain geosynchronous satellites. In Asia. Japan, India, Korea and China have this capability. It is customary that technologically-accomplished countries launch a satellite and provide a large number of services to a smaller country.

Research and Analysis wing or RAW, India's premier intelligence gathering service, has recently come out with reports, in which they have pointed out about Chinese plans and efforts for one-upmanship in space above Asia or in particular above south Asia. China' Great Wall Industry Corporation along with Colombo-based SupremeSAT Pvt. Ltd. in Sri Lanka, has signed an agreement with the Board of Investment of Sri Lanka, to launch a communication satellite. It also has plans for a space academy-cum- satellite ground station at Kandy. Similarly Chinese have proposed to Maldives, for a joint venture to launch satellites. Both these countries along with other neighbours of India, have vacant orbital slots but lack of expertise or the resources to put up satellites on their own. 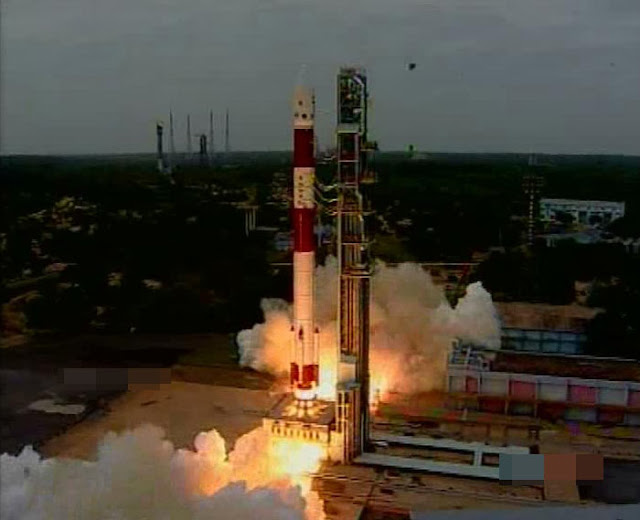 RAW has reported that India's Indian Spece Research Organization ISRO, is indifferent to its neighbours’ needs and feels that ISRO should have been proactive in helping Sri Lanka and Maldives fill up their allocated orbital slots. After this prodding by RAW, ISRO appears to have got into act. It has now proposed to Sri Lanka that India would offer to build and launch satellites for Colombo. In an official statement it says “A mutually beneficial cooperation arrangement for building satellites and operating them with increased coverage areas over India can be worked out so that capabilities [of] satellites can be used by both the countries.” ISRO also held talks with Maldives last week on this subject. ISRO's commercial wing; Antrix Corporation is now expected to put in an alternative proposal.

Regarding Sri Lanka, India's department of space thinks that Sri Lanka’s space programme project was at a very early stage and India could still get into the game. Though much depends on the attitude of the Sri Lanka's Mahinda Rajapaksa government post India’s stand at the UN Human Rights Council.

The rivalry between these two Asian nations is now getting extended to space also. India should perhaps help and offer such collaborations and agreements to countries like Vietnam in Indochina region as a befitting reply to Chinese one-up-manship in south Asia.