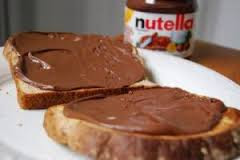 Theft of food on large scale, is not something that happens commonly. People keep lifting from hotels, airlines, silverware, stainless steel spoons and forks, though airlines have started issuing plastic spoons now a days, to cut down on this pilferage. In India, immediately after independence, we used to have terrible food shortages and food was rationed. Yet even then, theft of food was not something that happened often. I remember having read in news papers about news of breaking in railway wagons to steal food, mainly cereals, pulses and sugar very occasionally. But it definitely was not a common occurrence.

On this kind of background, news of theft of any food item and that too in an affluent country, like Germany or US, is bound to be headline news. Nutella is the brand name of a hazelnut chocolate spread, manufactured by an Italian company Ferrero, and was introduced in the western markets in 1963. This delicious chocolate hazelnut spread is quite a hit with kids and school/college going boys. It has a high calorie content and a two-tablespoon serving of Nutella contains 200 calories. The main ingredients of Nutella are sugar, palm oil, hazelnut, cocoa solids, and skimmed milk. In US, Nutella contains soy products.

Columbia University in New York City, is considered as one of the prestigious Ivy League schools in US. It introduced Nutela spread to diners in its dining halls such as Ferris Booth Commons, sometime at the beginning of this year. It was found soon, that Nutela consumption in the dining halls had sky rocketed. University officials admit that cost was initially very high for offering Nutella. They had to spend US$ 2500 per week, just to replace the stocks. Students were seen filling cups of Nutella to-go, and even taking the full jars out. 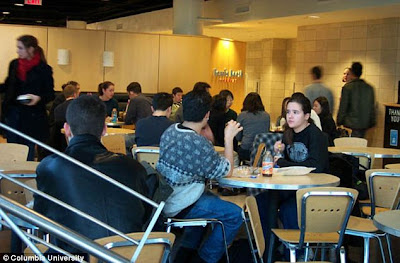 Columbia university’s newspaper ' Spectator' ran a story on this and reported that students would take large amounts of the sweet treat, to-go or take away, but let it go to waste, and estimated that the university would spend a quarter of a million dollars on Nutella in an academic year if it went through its rapid consumption. Later it corrected the story and now says that the students were actually stealing $5,000 worth of Nuttela spread each week from the dining halls. The students say that the dining at this New York college is $4,726 per year, and there is nothing wrong if they consume large quantities of this sweet.

At Columbia, the students just seem to be taking Nutela spread to their dormitories. But in Germany, there has been a full scale theft of Nutela, from a truck trailer, parked in the parking area in the city of Niederaula in the central state of Hesse, Hersfeld-Rotenburg district, northeast of Frankfurt. This site of theft is near a road transport hub where truck drivers living in the region, tend to park their trucks at weekends. 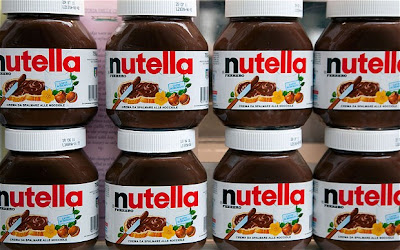 The thieves broke into the trailer and stole seven palettes or 5 metric tons of Nutella jars, worth a total of about 16,000 euros. According to Police, this particular site is notorious for its past record thefts of food products. Thieves from this the region have previously stolen other large quantities of food products, which includes five tons of coffee worth 30,000 euros and 34,000 cans of an energy drink, during last year.

The sticky fingered thieves of Germany now appear to be specializing in theft of food products only, instead of bank heists and priceless objects of art. Very interesting, isn't it?