Is India unsafe for women? 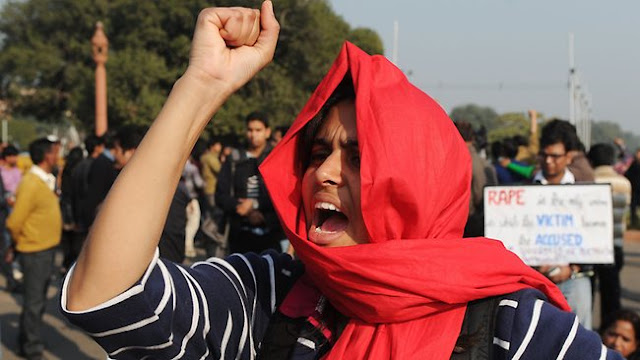 During course of last few months, three terrible mishaps have happened in India, that have caused profound perturbations in the Indian society. These three incidences without least doubt, have disturbed the entire fabric of the society to such an extent that the Government had to create new and harsher laws to punish the culprits of these heinous crimes.

The first of these three incidences is the fatal gang rape of a young woman in a bus, when she was returning home after watching a movie. Second one is fortunately not fatal yet a total disaster for image of India. A Swiss lady travelling with her husband on a biking expedition, in the state of Madhya Pradesh, in a remote part of India, was subjected to the humiliation of a gang rape. And in the month of January, a South Korean tourist was allegedly drugged and raped in the same state by the son of the owner of a hotel, where she was staying.

Police have nabbed all the culprits in all three cases and trials have already began. I am sure that in due course the culprits would be given harshest punishments as per law. But the heightened media coverage have rightly brought in international perturbations. Many countries have issued travel advisories to their citizens visiting India to be cautious and avoid India as far as possible.

The Associated Chambers of Commerce and Industry of India (ASSOCHAM) says that overall tourist arrivals in India are down 25 percent year-on-year, with holidaymakers opting instead to visit other Asian countries such as Malaysia and Thailand. The number of foreign women tourists visiting India has dropped even sharper, by 35 percent to be precise, in the past three months, following the attacks on women.

ASSOCHAM recently carried out a survey and surveyed 1,200 travel tour operators from different cities. This survey found out that nearly 72 percent of tour operators reported a number of cancellations in the last three months, which is supposed to be the busiest tourist season for India. The cancellations were especially by female visitors from countries such as Canada, the United States and Australia on raised concerns about the safety of female travelers to the country.

This drop in tourist arrivals is a body blow to government attempts to boost the tourism industry when economy has slowed down and growth rate has dropped. Let us leave the economic implications aside and return to the main question, Is India unsafe for the women? The simple answer for that is “Yes.” 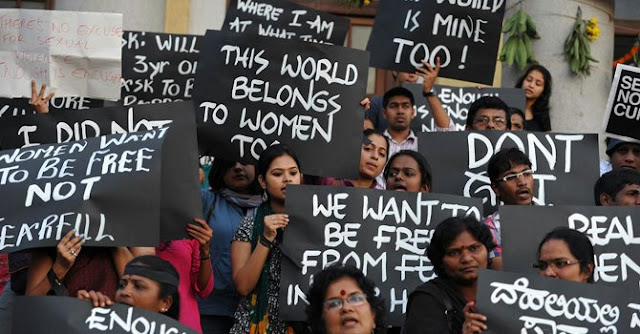 Ask any one of the Millions of loving fathers from India, endowed with a daughter, and who wish from their hearts, to see her grown into a mature and capable personality, achieving her best in her life, about their biggest worry as their daughter grows. The answer would always be their concern about her safety. Being fully aware of the lurking dangers around, that might harm their innocent little daughter, they would go to any length to protect her.

Many would blame the changed family structure for this. According to some, growing girls were always safe and protected in a joint family. I do not think that this is the truth. There were always scores of cousins, uncles and family friends around, and an odd one with a perverted mind, could not be ruled out. A nuclear family is comparatively safer. The dangers come from outside. The girls can get abused in schools, neighbourhoods and in work places because there is always an odd person with criminal bend of mind.

Ancient Indian culture tried to protect the females by putting excessive restrictions on them about dressing, education, social behaviour and segregating them from men. For girls of new generation, none of these things are rightly acceptable. They desire equality of sexes and wish to have a full choice. This urge can be seen as more and more women take up jobs like one in police force, which were man’s preserve, once. Unfortunately, some of our leaders of today, think that sex crimes do happen, because women behave and dress provocatively. This is in a way bringing back the old restrictions from a back door. If men can dress in any way they want, why should women be asked to dress in a particular fashion? I am sure that no modern women would ever accept such kind of restrictive rules and practices. 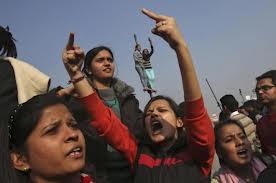 There is another factor, that is adding more concerns to issues of safety of women in India. India is developing in an asymmetrical way. There are pockets of affluence, where industries and businesses tend to concentrate. There has been a large scale migration of youth, many times from disturbed family backgrounds to such places. In my home town of Pune, I can see hoards of youth arriving almost daily from remote corners of India in search of jobs. The relative affluence of people here and the independence of women from the city, sometimes leads to feelings of frustration and makes these youth to indulge in sex crimes. I feel that something similar probably had happened in Delhi gang rape case. Presence of these migratory youth, is no doubt making the situation murkier and problems more serious.

There is simply no point in denying the existence of the problem. It is very much there, and it is the duty of the society and the Government to see that this unfair treatment to womenfolk is abolished as soon as possible. One way of preventing is obviously providing deterrent high punishment to the culprits. Government has rightly taken up this step.

As I see it, the problem of safety of women is a legacy of an ancient world, where womenfolk were kind of assets or objects. Many Indians, unfortunately still think in this old fashioned way. The sooner we give it up, safer would it be for women, local or tourists to move around and enjoy this incredible country.