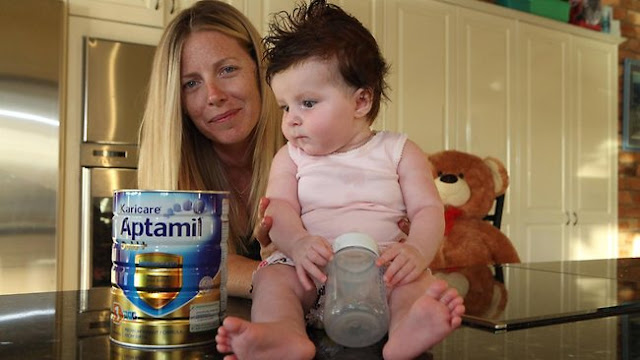 Can you believe in this! In a very unusual step, Hong Kong's government has put a limit on purchases of Baby formula by consumers from shops. It has restricted all customers from purchasing more than two cans of formula in a day. What is even more surprising is that those who would be caught breaking the rules, face up to two years in prison and a $64,500 fine. This unusual step, taken by Hong Kong Government has been followed by retailers in Australia and the UK, who are limiting the number of cans of formula that can be sold to a single customer within a single day. Recently, customs officials in Hong Kong, arrested five people, who they suspect are part of a gang attempting to smuggle baby milk formula out of Hong Kong. 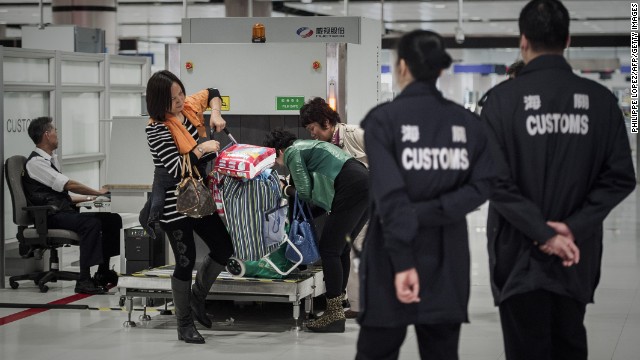 The reason for these strange actions by Governments of these three countries, which are far flung and not even in vicinity of each other, happens to be a common one though. It is the insatiable demand from China for imported baby formula, which is driving markets in these countries like crazy. Most of the Chinese mothers rarely breastfeed their babies over long term as they often doubt the quality of their breast milk. This means that there is a constant and heavy demand for the baby formula all the time in China. However, Chinese parents now prefer to feed their baby with an imported baby formula and not with any of the baby formula made in China. When a child is born in China, anxious new parents often want one gift above all others: imported formula baby milk. 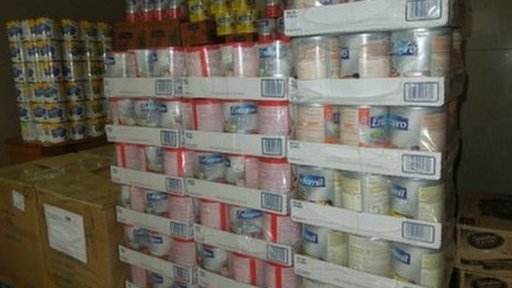 Chinese retailers are also making a fast buck, as price is no issue for new Chinese parents as far as baby formula is concerned. Taobao, a popular online retailer in China retails a brand of baby formula called 'Enfrapro' for approximately US$ 44, when it is retailed in Canada for just US$ 22, raking in huge profits. Another online retailer, called 'Sunshine Grass' admit that their warehouse is full of baby formula! Retailers around the world have now become aware of the prospect of huge profits available to formula sellers in China right now and would like to have their own pound of flesh too. Online retailers have started displaying on their web sites, photographs of walls of baby formula cans amassed from overseas. However, the main source of imported baby formula still remains to be the stuff usually hand-carried from overseas to ensure it's the real thing.

The reasons for this imported baby formula craze are not difficult to understand. In 2008, six infants died of severe kidney damage and an estimated 300,000 babies suffered painful kidney stones after drinking tainted baby formula. After testing, baby formula from several major Chinese dairy companies, was found to contain melamine, an additive that falsely boosts the protein levels in milk. Two Chinese companies, Mengniu and Ava Dairy recalled baby formula produced by them in December 2011 and July 2012, because it contained high amounts of aflatoxin, a carcinogen produced by fungus in cows' feed. Also in June 2012, another company, Yili Group, gave a recall for its main line of infant milk powder because of unusually high levels of mercury found in it.


Besides baby formula, cases of tainted food products are also being exposed in China almost on regular basis. In recent years, cases of bacteria-laden pork that glows in the dark and repackaged cooking oil siphoned from the gutters outside restaurants have been exposed by the police and food regulators.

This has created a kind of a scare and many parents believe that food products stamped as "Made in China" are unsafe for children. Parents are fearful of the dangerous levels of hormones and chemicals sometimes found in Chinese baby formula and are ready to go to great lengths to secure foreign brands of baby formula. 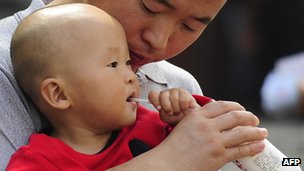 It is also true that due to one child rule in force, babies in China are most pampered and spoiled and are sometimes called as Little Emperors. Since there is only one grand child for 4 grandparents and two parents, they all dote and coddle the only child and want to provide best of everything for the child. They usually pool their money and scour the globe for safe sources of food for the baby. They are just not ready to take any risks even if there is only a 1% chance that Chinese formula is not safe, they would not want to be part of that 1%.