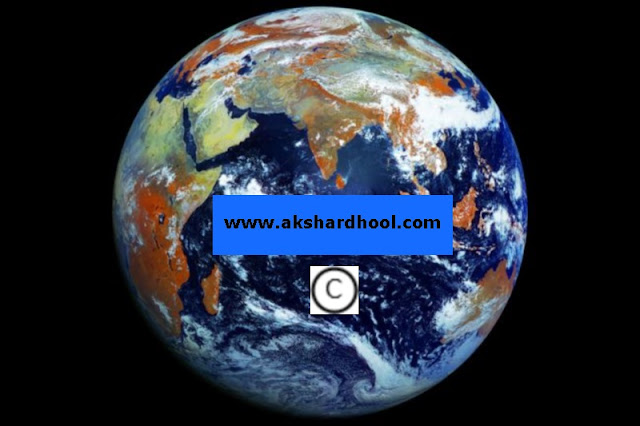 I have been writing blogs on the net for a number of years now. Every day, I monitor all my blogs for statistics such as number of visitors, from which countries, these visitors came etc. I also read all comments and respond to them. I am sure that there is nothing special about this and almost all bloggers do the same every day. I do all this because I am aware and cautious about the intellectual rights and responsibilities of my writings and other assets published on the net and I want to ensure that my humble creations are not misused, copied or removed without my prior knowledge.

I had a particularly bad experience, that happened around 3 or 4 years back. About a decade ago, I had created a web site titled as 'Life and Times of Mrs. Parvatibai Athavale,' a social reformer lady from India who lived in early part of nineteenth century and who also happened to be my great grand mother. I had spent many hours creating this web site and had hosted it on a server provided by a company known as 'Netfirms,' that had offered free hosting. It was still early days for Google and with my ignorance of the internet in general, I had thought that all those, who offered hosting space would continue to do so forever. This free web site hosting facility was withdrawn 3 or 4 years ago by this company suddenly and was offered as a paid service. Fair enough! I have no complaints about that as it is a business decision of the hosting company. Unfortunately, the worst part was that they never informed me a thing by e-mail about their impending action, though they say that the decision was announced on the web site and without giving me any chance, just deleted or removed all the content material, which I had painfully collected. If I had known about this action before they closed their service, I could have shifted my web site to Google or some other service provider who still provided free hosting. I was most surprised to find one day, my web site gone and all my hard work wasted. I still resent that loss of my intellectual property created by me in those early days of internet.

I often wonder about what would happen to my blogs and other creations, when I am gone. Would my writing and thoughts stay on the net or they would be just removed from there and sent to oblivion; not a very comforting thought at all. Every one wants his/her legacy to stay and there is nothing wrong in expecting that just like your property and cash, the intellectual rights to your writings and other creations, should also be transferred to next of kin. It is sort of a digital will or a will for intellectual rights for your assets published on digital media.
It now appears that Google have actually given a thought to this inescapable eventuality. In a new policy initiative, Google has started giving an option to people who have Google accounts about what happens to their intellectual property after they are gone. Google is calling this as 'Digital afterlife,' an appropriate name. Though called as Inactive Account Manager, a very sober kind of name, the service actually offers users of Google’s Gmail, Drive, Google+, Picasa and other Google service an easy-to-use template that specifies what should happen in the event they die or become inactive for a specified period of time.

The new service can be accessed from users’ account settings page. It allows users to choose whether to have their data deleted or made available to specified trusted contacts. An account holder can specify whether they want the service to take effect after three, six, nine or 12 months of inactivity. The account holder can also specify different actions for different service such as giving an attorney power to go through emails and granting family members access to pictures in Picasa.

Before this after life service takes over, Google will notify account holders via text message and email to the alternate address. In a blog, Google's product manager Andreas Tuerk writes: “Not many of us like thinking about death — especially our own. But making plans for what happens after you’re gone is really important for the people you leave behind.” A very valid point. He adds further: “We hope that this new feature will enable you to plan your digital afterlife — in a way that protects your privacy and security — and make life easier for your loved ones after you’re gone.”

This new service from Google is most welcome. I hope that others like wordpress, Flickr would follow suite and a proper and legal way would be available for everyone, who creates intellectual property assets on the web to preserve it.