What if we don't have the guns? We have gunshots! 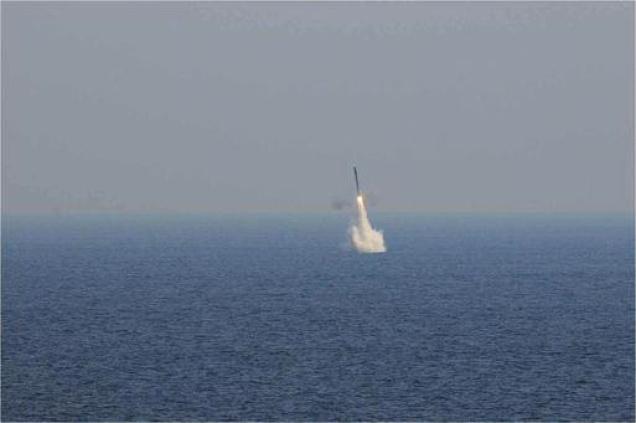 If someone boasts to you that he feels fully protected because he has the most modern deadly gunshots for a gun, but a small problem, that he has no gun, what would you do? I would surely laugh at his ignorance.

This is what defense ministry of India seems to be doing, or it appears so. India successfully carried out the maiden test firing of the over 290 km-range submarine-launched version of BrahMos supersonic cruise missile in the Bay of Bengal today boasting that it is the only country in the world to have this capability. CEO of the company that makes BrahMos, Mr. Sivathanu Pillai, rightfully told the press that the submarine-launched version of BrahMos was successfully test-fired from an underwater pontoon near here and BrahMos missile is fully ready for fitment in submarines in vertical launch configuration which will make the platform one of the most powerful weapon platforms in the world.”

This was the first test firing of an underwater supersonic cruise missile anywhere in the world and the missile travelled its complete range of over 290 Km. The performance of the missile during the test launch was perfect.

So far so good! However, did you notice that the missile was launched from an underwater Pontoon. Now, what exactly is a Pontoon? Wikipedia define this word as a Float (nautical), an air-filled structure providing buoyancy, the flat-bottomed boat, an anchored raft-like platform used for diving or a floating deck. I do not know what is an underwater pontoon, but I presume that it is some kind of stable platform underwater, from which this missile was launched in vertical position.

What is important here to note that the successful missile test was not carried from a submarine but rather from an underwater platform. The reason for this is obvious. India does not posses any submarine that can launch a missile in a vertical position. Indian Navy has at present have a fleet of Russian Kilo-class, German HDW, submarines and a Russian Nuclear submarine on lease. Likely to join soon to the fleet are six French Scorpene class Sumarines, being constructed in India, code named as Project 75. Unfortunately, none of these, can accommodate the BrahMos in vertical firing position. 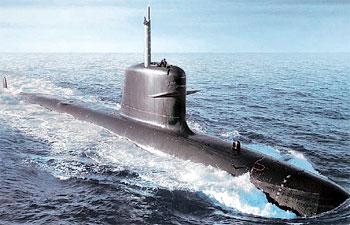 Indian Government and Navy have been talking about building 6 new submarines, which can accommodate vertical firing of BrahMos underwater missiles under code name Project 75 I . However, these submarines are still at conceptual stage and are unlikely to join the fleet for another 12 years or any time before 2023or 2024.

Without least doubt, it can be said that air breathing BrahMos is a super precision strike weapon. The Mach 2.8 speed missile has already entered the service of Army, Air Force and even Navy for use on surface ships. A report in 'Times of India' says that Army has ordered BrahMos missiles worth 9,484 crore (94 Billion) Rupees, over the next two-three years. Indian Navy and Air Force have ordered missiles worth Rs 3,568 crore (35 Billion)and Rs 1,295 crore 12.95 Billions.

In spite of all this, having an underwater cruse missile delivery system, is likely to remain a pipe dream for the navy, even if the missile itself is ready, when there is no platform available to launch the missiles. What is the use of these superfine gun shots, if we do not have the guns in the first place.