The way to go 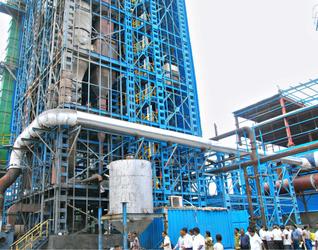 The other day, I was reading about an interview given by the chief boss of the local Municipal corporation of my home town, Pune. I was pleasantly surprised to find out that the corporation has stopped open dumping of the garbage at a site, where a garbage depot has been in existence for more than a decade since June 2010 itself.

I knew from my own experience, as a resident of this city, that at the garbage collection point itself or at primary level, the garbage is being segregated between organic waste and recyclable waste. A new organization called 'SWATCH' has been set up with the help of the corporation, that organizes the garbage collection. Around 1800 people have found employment under this programme as rag-pickers. Each of the persons covers 250-300 households everyday. The Corporation has implemented the twin-bin system – green bin for collecting the organic waste and white for recyclable waste – and charges Rupees 10 per month/house. It has also equipped the rag-pickers with hand-cart, push-cart, buckets and safety gears. Unfortunately, this segregation scheme does not seem to be working as per expectations and majority of garbage still comes to the Municipal Corporation in unsegregated form.

So far, I was always under impression, that this garbage just gets dumped in open dumping areas as a landfill. This was obviously not the case, as I learned from the interview of the commissioner. I wondered about where the unsegregated garbage collected by the corporation was actually going. In the same interview, the municipal commissioner had also talked about some new plant that has been commissioned to convert the garbage collected from city into electrical power by converting first the biodegradable waste into biogas and compost and then generating electrical power from biogas. I got quite interested in this plant as all earlier attempts of the corporation to run such plants have been completely unsuccessful. 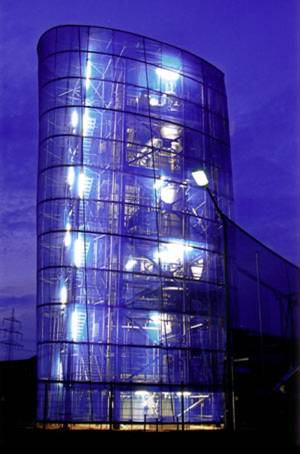 Pune city generates about 1,300 to 1,400 tonnes of unsegregated solid waste every day. Many companies offer projects for generating energy and compost out of segregated waste, mainly biodegradable waste. Therefore it was a big risk to go a step further and set up a waste disposal plant by roping in a company with advanced technology, which can produces energy even utilising unsegregated waste. Muncipal Corporation of Pune found one such company, Concord Blue Engineering GmbH, which had proven technology with plants working in Germany and US. It had an Indian subsidiary named as Concord Blue Technology Pvt. Ltd. Pune Municipal Corporation entered into a long-term agreement with the company for setting up a plant to generate electricity from unsegregated waste through its patented and indigenously(?) developed ‘Concord Blue Tower.’ Corpration agreed to pay a processing fee of Rs. 300/- per tonne to the company and the company was free to sell the power generated. As per the agreement between Corporation and the company, which is for 25 years,, it is the corporation's responsibility to transport up to 650 tonnes of solid waste generated in the city to the ‘waste to energy’ plant, while the company’s responsibility is to process the waste on the same day, and the company has to make all the investment for the project. 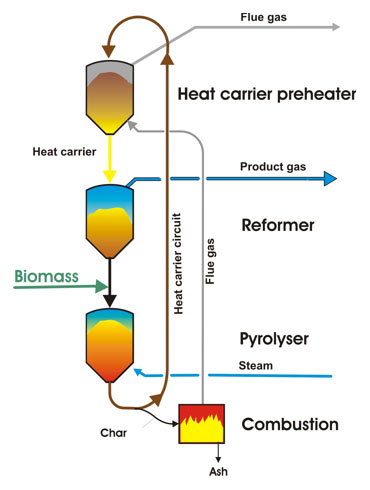 A company representative says: “We can generate 1 MW of power by processing the unsegregated waste of 3 tonnes and it requires Rs. 140 Million to Rs. 150 Million for setting up a 1 MW capacity plant.” The plant set up by the company at 'Hadapsar,' a suburb of Pune city, has a capacity to generate continuously 10 MW electricity from 700 tonne waste, collected every day. 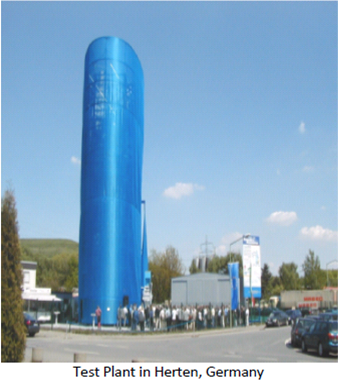 The plant, covering an area of 2,5 acres, is now processing about 300 tonnes of garbage each day and within next few months should reach its full capacity. There must have been some management change or a take over in the company because I found confusing reports about exact name of the company. Reports dated around September 2012 call this company as Concord Blue Technology Pvt. Ltd; whereas the latest reports call this company as Rochem Green Energy Pvt Ltd. Anyway, there is nothing in the name, as long as company fulfills its obligations.

Rochem Green Energy Pvt Ltd. recently had another feather in its cap. In the state of Maharashtra, a mixture of raw tobacco along with some carcinogenic substances was being sold under the name of 'Guthaka.' Sale of this mixture has been banned since last year. However companies located outside the state, continue to manufacture it and try to smuggle it inside the state. The Food and Drug Administration (FDA) officials in and around Pune, had seized huge consignments of this 'gutkha' worth Millions of Rupees recently and were unable to destroy it. Rochem Green Energy's Pune plant has been now found very useful to destroy this harmful product and tonnes of 'Guthaka' has been destroyed producing electricity out of it.