The Power of a comma! 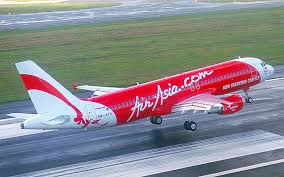 Every day, after I have my dinner, I spend some time browsing the news channels on TV. Last week, as I was making my round of the channels, I saw Mr. Ajit Singh, India's minister of aviation, making a statement about a proposed joint venture by India's TATA conglomerate with a Malaysian low cost airline 'AirAsia.' I knew how TATA group had failed in all their previous attempts to get into aviation business, even when they had proposed a joint venture with Singapore Airlines. In fact ex-chairman of the TATA group went on record that they failed to get in because of the corruption issues.

Given this past history, it was not expected that the venture would be given a green light by the Delhi Mandarins. True to my expectations, I found, Civil Aviation Minister Ajit Singh, expressing reservations about the proposal, saying that the current policy, which allows a foreign airline to invest only in an existing carrier and not a new greenfield one, needed to be clarified, even though he and his ministry are not opposed to the Tata-AirAsia venture. I knew that the proposal was doomed; like past attempts by TATA's, for sure.

However, I was really surprised to see a news item appearing in news papers two days later, that said that the Rs80-crore (800 Million Ruees) venture between AirAsia, Tata Sons and Telstra Tradeplace has been cleared by Foreign investment promotion board (FIPB). The news item specifically referred to Arvind Mayaram, secretary, Department or Economic Affairs in the finance ministry, who had said; "It's been cleared. They will have to take the necessary licences from aviation regulator DGCA and can start operating once they get the licence." Next night, I again saw honourable minister for civil aviation, Mr. Ajit Singh on TV announcing the approval of Air Asia venture and he welcomed it.

This was really funny. With TATA group, openly proclaiming its staunch opposition to any unfair means or shady operations, such possibilities were totally ruled out. Then what could have happened that made the civil aviation minister eat his words.

The Economic Times broke the story on 15th March 2013, that gave real reason for this sudden reversal of the decision by civil aviation ministry. According to this report, a humble punctuation mark saved the joint venture, with India’s foreign investment regulator interpreting a 2012 ministry press note to mean foreign investments were also allowed in newly created airlines.

"The government of India has reviewed the position in this regard and decided to permit foreign airlines also to invest, in the capital of Indian companies, operating scheduled and non-scheduled air transport services, up to the limit of 49% of their paid-up capital,"

Note the comma, that appears after the word companies in this note. In the FIPB meeting on 15th March 2013 officials of the finance ministry and Department of Industrial Policy and Promotion (DIPP) asserted that this Press Note allows investment in new greenfield companies, against the contrary stand of aviation ministry officials, who argued that current policy allows a foreign airline to invest only in an existing carrier. If this comma had not been there after the word 'companies', the policy would have meant that foreign airlines were permitted to invest only in Indian companies already operating air transport services and TATA -Air Asia proposal would have never seen green light.. 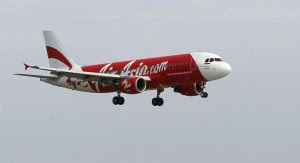 Aviation ministry officials are still sour with the decision. An official said that "They (AirAsia) still have to come to the aviation department to get air operating permit or bring aircraft into this country." Other airlines are also not too happy with increased competition. However, if we consider the vacuum created by the exit of Kingfisher airlines in the airlines space, arrival of a new entrant is not a bad idea at all.

This is the power of a humble punctuation mark. We go on using comma's without much thinking, rather freely I think! But Comma's can make all the difference to a major deal.