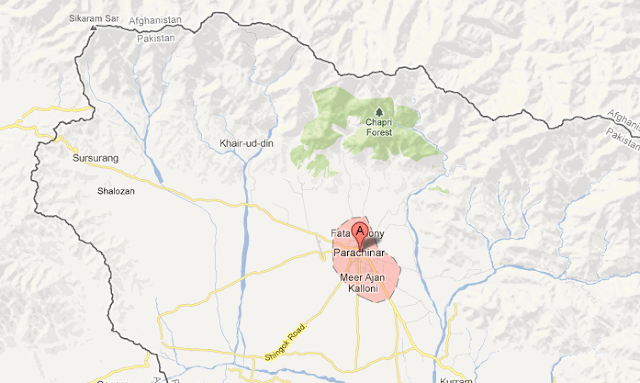 In Pakistan, a soldier was publicly stoned to death in the country's northwestern Kurram tribal region on 13 March 2013. He was given this punishment by a local Jirga (an assembly of tribal elders); a kind of tribal court for his alleged crime for having an affair with a teenage girl.

27 year old, Anwar Din, a native of Mianwali district in Punjab province of Pakistan, was a soldier in the army. He was spotted and caught by villagers when all he did was to exchange some gifts with a 18 year old local Shia Muslim girl, Intizar Bibi. This incident happened in Turi graveyard of Parachinar town, headquarters of Kurram Agency along the Pak-Afghan border. The couple in love tried to run away, but the man was captured by the local tribals, while the girl took refuge in a nearby seminary known as Dar-ul-Zhara madrassa.

Anwar Din was then produced before a local Jirga, which formed a committee to investigate the allegations against him. The committee found out that he was having an affair with the girl since he was posted in the region. He was transferred to Pakistan occupied Kashmir region recently, but had not left this border region in order to meet the girl he loved.

After the Jirga committee had confirmed the affair of Anwar Din with the girl, Jirga gave its verdict for this gravest (sic!) crime. The punishment would be death by stoning. Anwar Din was brought to a square near the Turi graveyard where a crowd of hundreds of local tribals had assembled to watch the 27-year old soldier's stoning. People pelted stones at him and later beat him up with wooden sticks. Stoning lasted for 15 minutes and Din succumbed to his injuries on spot. The fate of the girl remains unclear but there were rumours in the area that she may also have been executed. 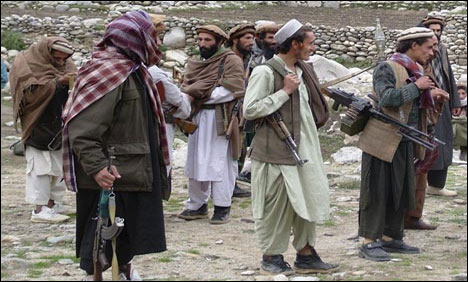 A hospital official confirmed later that they had received a mutilated body on the same day, which was later taken away by paramilitary forces. It was really a horrific sight. The body had been badly damaged after being hit by stones. Wounds all over and the face could no longer be recognised. What an absolute horror?

I have no words to comment on this as it is entirely incomprehensible for me that even in 21st century world of today, this kind of barbaric act can be done by a group of people upon two innocent people, whose only crime (sic!) was to love each other. It is impossible to believe that a 27 year old man was killed by a mob just for loving a girl, who is a major and Pakistan police or other Government officials did not even take any notice of this horrendous act in time and save two innocent lives.

This terrible mob crime is just a new entry in a long list of crimes, where village elders have given harsh punishments for minor acts, not liked by them. Recently, elders in the village of Ghotki in the southern province of Sindh sentenced a human rights activist, Sikander Bhutto to be put to death and fed to dogs after he said he exposed a case of a woman beaten and killed by her husband. He was saved by provincial high court, which ordered police protection for Bhutto. In a statement he is believed to have said that "They told me to pay 200,000 rupees to them or get ready to be killed." The village elders had accused Bhutto of having an affair with the woman. However according to Bhutto, she was killed in December 2012 itself, for refusing to transfer ownership of her house to her husband.

Yet in another case last year, a village Jirga, in the remote region of Kohistan imposed a death sentences for five women and two men for appearing in a cellphone video, singing and clapping. The Jirga was incensed by the fraternising between men and women, and deemed it as an insult to tribal honour. Reuters has reported that the women were killed. The two men, who are brothers, are in hiding. When Reuters carried out an investigation, they say that hey were shown four imposters who did not make any effort to verify their identity. A civil activist from Pakistan, Samar Minallah Khan says that courts in Pakistan have prevented more than 60 Jirga-ordered forced marriages since 2005.

To have a Jirga or Panchayat system to bring about common sense, speedy justice to poor village folk, in case of civil disputes, is an ideal solution because judicial process is often time consuming and expensive. But to give village elders unlimited powers to decide on matters of personal behaviour or crimes is effectively undermining the judicial system itself. And to allow them to hand over death punishments is just unbelievable. All such village elders would be booked and brought to court in other civilised countries. But Pakistan appears to be still living in the dark ages.