Mapping the sky in twenty one verses: The genius of 'Surya Siddhanta' 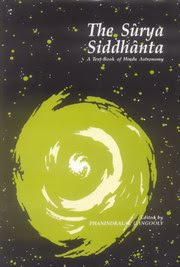 On a day, sometime in fourth century AD; a learned Hindu mathematician and scholar, gave finishing touches to a treatise on Astronomy, that is still being read and referred, even after fifteen hundred years. The book compiled together, the knowledge and wisdom about Astronomy, measurement of time and the yearly calender which was of paramount importance to agriculture. The information had been collected over thousands of years by ancient sages and scholars. In the preceding centuries, new ideas had come from China in the east and Greece from the west. The new Treatise not only took cognizance of these ideas but incorporated some of them in the text. To make the book more respectable and acceptable, the learned author decided to claim in opening verses of the book that the knowledge has come from the Sun God himself and aptly called his book as ‘Surya Siddhaanta’ or the ‘Sun God’s commandments’.

Eighth chapter of this book, maps the night sky precisely in Twenty One verses. Each verse consists of just two lines. This chapter pin points not only the twenty seven or twenty eight Asterisms or ‘Nakshatraas’ that lie along the passage of The Sun in the sky, but also include all other major stars that could be seen with naked eye. The method adapted is unique and is independent of any ground reference points. This made the system universal and unrelated to time and place of measurement. The author has also described the rudimentary apparatus, that could be used for taking these measurements.

We all know that for defining two dimensional position of any point object, we need to specify two numbers, which are called co-ordinates of the point, with reference to some fixed reference line or axis. In a simple graph, these reference axis are called the X and Y axis and distances of any point from these two axis can pin point the position of that point. But in the sky, there are no fixed lines of reference. We however know that The Sun and all other planets including Moon, follow a fixed path in the sky as they move every day and night in an apparent motion around the earth. This path is seen as a curved line from earth and is called an ‘Ecliptic. Amazingly, ‘Surya Siddhaanta’ uses this curved line as the reference line for measurements of positions of ‘Asterisms’. A great celestial meridian or a circle which passes through the ecliptic poles and the star, whose position is to be specified, is imagined in the sky. The point of intersection of this meridian circle and the Ecliptic is considered as the projection of this star on the Ecliptic. ‘Surya Siddhaanta’ specifies for each star two angular measurements to pin point it precisely. 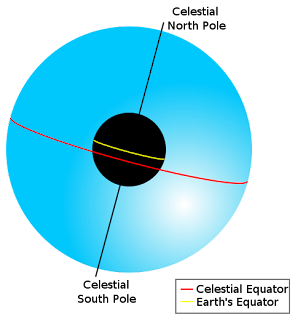 First of these two measurements, is called the ‘Vikshepa’ or Latitude of the star. It is just the angular measurement between the Star itself and it’s projection on the Ecliptic. The second co-ordinate is called ‘Dhruvaka’ or the Longitude and it is the angular measuerment between projection point of the star on the Ecliptic and a zero point specified on the Ecliptic itself. Thus with two simple measurements, which can be done with very rudimentary ground instruments, positions of all the stars can be pin pointed. The system of measurements is extremely simple and does not require any ground reference points. Devised in an era, when there were no telescopes, no sextants for angle measurements or even writing paper was not in common use, the method was of immense value. Further the observations could be narrated in simple Verses so that everyone could remember them with ease.

The Zero point on the Ecliptic was called the ‘First point of the Aries’ and was actually the point on the Ecliptic, which the Sun occupied at the time of ‘Summer Equinox,’ when the treatise was completed. Unfortunately, the authors of ‘Surya Siddhaanta’ did not consider the Precession of Equinoxes, either due to ignorance or on purpose and the position of this zero point drifted away from Summer Equinox point.

This peculiar way of fixing zero point remains embedded in a mire of controversies. Rev. Ebenezer Burgess, who translated this treatise in English for the first time in year 1860, defines this zero point as a point 10 minutes eastward of the star Zeta Piscium. Whereas, Calender committee appointed by Government of India, fixes this point exactly hundred and eighty degrees from position of star Chitra or Spica. Another study taken up later, fixes this zero point at two hundred and forty degrees west of star Mula or Lambda Scorpii and says that the Sanskrit word ‘Muladharma’ has originated from this.

This ignorance of Precession of Equinoxes, in fact gives us a powerful tool to fix up the date on which this treatise was completed. Rev. Burgess fixes it as year 560 AD. The calender committee concludes that the date must be in year 285 AD. An independent study fixes this date as 238 AD. We can therefore presume that the great treatise was completed sometime in third to sixth century AD.

There are also controversies regarding accuracy of star co-ordinates. Rev. Burgess and early English scholars have compared the co-ordinates with latest star charts to point out the differences. Rev. Burgess has written hundreds of pages not only to high light the errors but also to justify his view that all knowledge in this treatise has come from either China or Greece. Even the calender reforms committee of Government of India, does mention the difficulties faced by them because of the inaccuracies in the book. But to my mind, all these controversies are irrelevant and besides the point. We have all the latest methods of observation, measurement and calculations. What could be achieved by comparing our observations with those, taken with naked eyes and with most rudimentary apparatus for measurement of angles and time.

It is more important to appreciate the genius of ‘Surya siddhaanta’, which gave us a method of charting the stars and a method of time keeping, which even today forms the basis of Hindu Luni-solar calender and see how the methods and principles described in this treatise could be put to possible use and applications today.