Fly only if you are slim and fit! 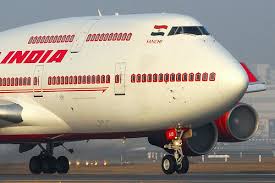 Last year I flew Air India to Singapore and back. It was a pleasant journey no doubt but I noticed many things, which should not have been there. Besides old creaking aircraft with broken seat armrests and torn seats patched up with cello-tape, the quality of in-flight service also needed much improvement. The quality of food was excellent, but the way it was served, left much to be desired. Normally on all international flights, one is asked, whether he wants to have a drink? Here on this flight, the flight crew, never bothered ask and just pushed the meals to us. Only on asking, they would serve drinks. I could clearly see that the serving trolleys were well stocked with drinks. It was just the lethargy and the apathy of the crew.

The problem with Air India is that their flying crew members are mostly matronly ladies well into their 40's and are not exactly agile and fit as their job demands. After the meals were served, I saw all of them retiring to pantry area and actually showed great resentment, whenever any of the passengers pressed the call button. In fact, a lady with a small child, wanted milk for the baby to be warmed. This was done as if she was being obliged. Just compare Air India's matronly ladies flying crew with crews of other airlines and you would notice the difference.

Air India has the highest number of oldest cabin crew in the country, with about one quarter of its 4,000 cabin crew over the age of 40. The sari-clad female flight attendants, also known as air hostesses, are addressed by their younger colleagues as “aunties” because they are of their mother’s age or even older. I have nothing against having elderly ladies working as cabin crew , but it is a fact that their job requirement requires a slimmer and more agile person. 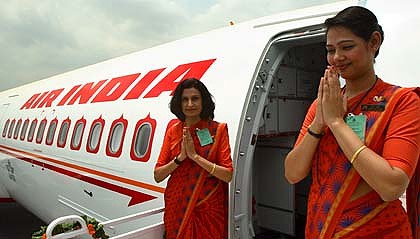 Certain jobs require younger persons only. For example the army soldiers known as 'Jawan' in Indian army, usually retire , when in their thirties. This is done because a man, who has to fight if required, has to have peak physical performance capabilities, which only youth can have. Similarly,  an airline steward's job requires certain physical attributes like slimness, agility, which young crew members usually have in a natural way. Air India asks its cabin crew, to have their weight tested regularly, but are rarely grounded for being overweight.

Everything was nice and fair for Air India flight crews, when it was a monopoly. After liberalization of this sector, the newer entrants in the aviation sector have employed only young, well-groomed stewards and stewardesses. Actually this trend was started by now defunct Kingfisher Airlines. Compared to these new stewardesses, Air India's aunties now look very much out of place and time. They enjoy Indian government benefits, which include maternity leave and retirement at the age of 58.

The older crew members feel very unhappy about this new regulation, because if a crew member is grounded after failing the medical tests, he or she could see his/her salaries cut by as much as 70 percent, since they all are paid for the number of hours they fly.

This, no doubt is a welcome step from traveller's point of view, as in flight services are bound to improve with fitter and more agile crew. I do not think that age is an issue here at all. I have seen old ladies well over their 50's working with extreme efficiency and full vigour on aircraft flown by US airlines. On the contrary, they usually give an extra motherly touch of kindness to everything. I am sure that the problem with Air India is that their cabin crews are not physically fit and are overweight.

Having an efficient cabin crew improves the image of the airline, just as better maintained aircraft do. If Air India wants to come out of red and regain their lost market share, they need to improve their image and they might as well start with their unfit cabin crews.