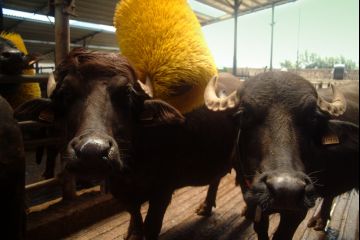 I often wonder, why we humans always look down upon certain animals. About a month back, I happened to visit a sanctuary in Gujarat state of India, whose prominent inhabitants are known to be wild asses. While watching those wild asses freely roaming around, I realized that a wild ass is a very handsome and intelligent animal, contrary to my thinking so far, that an ass is some kind of an inferior kind of a beast. Most of us, I am sure, have a similar kind of belief and would not hesitate even to call any co-human acting foolishly or with imprudence as an ass or a donkey. In reality, donkeys slog and labour for us, carrying loads and there is no reason to believe that they are any way gifted with lesser intelligence than a similar looking horse. Yet we have made them a token of imprudence.

Water Buffalo is another such animal. This animal is also considered as almost the ultimate standard of laziness and stupidity for no plausible reason. Buffalo milk and products made from it, forms a significant portion of our daily diet. Yet the source from where we get this earthly elixir, or a water buffalo, is often scorned, slighted and often taunted. In Indian villages or even in towns, a herd of Buffalos quietly crossing a road or walking along it, is a very common sight. Most of us feel scared when we come across such a herd for no reason. Actually, it would be hard to find another four legged creature, as dovish or pacifist as a buffalo. In south east Asia, water Buffalos are used even for ploughing fields and pulling carts.

In southern Italy's Campania province, farmers breed and rear Water Buffalos just like India. The worth of Cheese's produced annually in this province from Buffalo's milk alone is above Millions of Dollars. Cheese's are produced here by a natural and slow paced process giving an exquisite taste not only to Cheese's but also to creams and such other products. Antonio Palmieri is one such Cheese producer from Campania, with his business being run in the family since last three generations. He is obsessed with an idea to make absolutely perfect kind of Mozzarella Cheese from Buffalo milk, produced on his farm and in the process has become a Millionnaire.

When I was a kid, I remember that there were number of stables housing Buffalos, in many places not very far from my house. These stables had a peculiar, unwelcome look with all the Buffalos tied down to wooden planks in a row, stacks of hay lying around and smelly air with heaps of dung lying along with traces of urine flows on the grounds. Antonio Palmieri's stables are built in a different way and look more like a resort for Buffaloes. 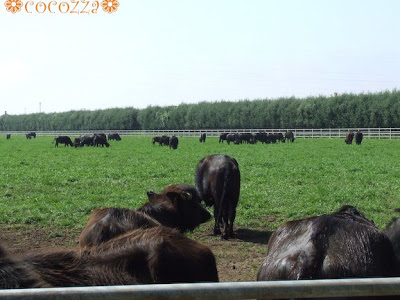 Antonio feels that for making good cheese's, along with skilled workers, one needs top quality milk. He believes that he can obtain such top quality milk from the Buffaloes, only when they are happy and comfortable. Antonio's Buffaloes are not milked at specific times. They go and stand in front of milking machines in a line at a time, they feel is convenient to them. Every Buffalo is tagged with an Electronic chip hung around her neck containing her personal information and the milking machine milks the buffalo according to data stored in the chip. 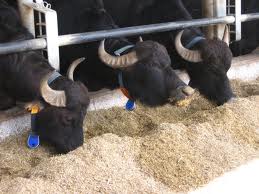 Palmieri gives the cows three months per year to graze in an open field, socializing, bathing in a communal pool and not giving milk When they are lactating, the cows can relax at the massage parlor inside the stable, and when they get sick, homeopathic remedies wait for them at the infirmary. He says:

“I think a buffalo is smarter than a cow, The smarter you are, the more you seek freedom, and that applies to human beings as well.” 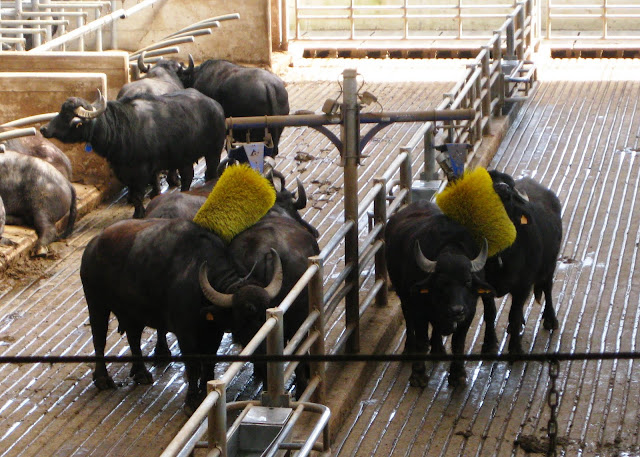 It is rather difficult to prove or disprove what Antonio believes. The hard fact remains that Cheese's produced in his stable fetch highest price of almost 16 US Dollars for every Kilogram in the market.


Antonio's cheese's have reached high palates, such as those of U.S. President Barack Obama and Italian Prime Minister Silvio Berlusconi, who ate the prized cheese on separate occasions.

His farm located in Vannulo is flooded throughout the morning by crowds of tourists from all over the world wanting to tour the grounds, watch the lounging buffaloes and taste warm chunks of freshly made cheese. Local customers continue to rush in and out of the cheese shop with buffalo-printed bags carrying mozzarella balls swimming in whey brine.

The taste of Antonio's Mozzarella sometimes is disorienting for the visitors, who have never eaten this kind of pure stuff before. Antonio's daughter, Teresa says that sometimes visitors are so confused by the milky juices of their mozzarella, that they spit it out. Antonio is still not satisfied and says that he wants to produce even better quality Mozzarella than at present.

I am sure that if water Buffaloes in India or anywhere else in the world, somehow come to know about Antonio Palmieri 's farm and stables, they would start preying to the God to give them their next birth on Antonio's farm.