A Car for the future 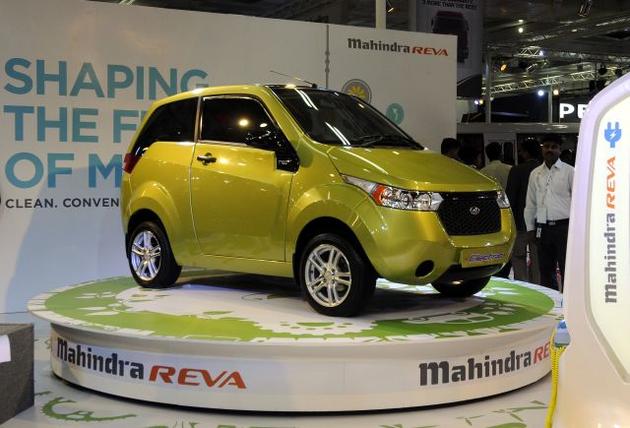 In spite of being ridiculed for its smallness and rejected for its ugly looks and unaffordable cost at present, I am getting more and more convinced that the electric car 'Reva', now being called as 'Mahindra Reva,' is going to be the car for future for many Indians.

The first model of the electric car produced by this company, 'Reva i' was made an object of ridicule, because of its almost comic smallness, on the British auto TV show Top Gear. I wouldn’t blame them, because the car looked stubby, positively cramped and ugly. I had always thought that this tiny bit of a vehicle had no real chance against 'Nano' or 'Alto,' small cars produced by other manufacturers, running on gasoline.

But there must have been some basic innovative features in the design of this car because one of the big industrial conglomerate from India: Mahindra Group, decided to invest in the struggling company that manufactured this weird car in the year 2010, secured control of the board, changed the name of the company to 'Mahindra Reva and decided to build a spanking new, 23000 square feet, production facility at Bengaluru, which has a manufacturing capacity of 30,000 cars per annum. This new facility was recently inaugurated.

Mahindra Reva's new electric car, which was displayed for the first time in Auto Expo held in India in January 2012, has been christened as e20. The car uses next generation Lithium Ion batteries and will have a range of 100 Km on a full charge, which is suitable for most urban commuters today. The e20 battery can be charged by the user through any 15 amp plug point at home or at workplace. To make this refuelling task easy for users of this car, Mahindra Reva plans build almost single handedly, an electric-car charging network with a commercial fast charger that can fully replenish the battery in 70 minutes. There are also plans for a freestanding auto canopy, the Sun2Car, whose 10 square meters (108 square feet) of solar panels can enable almost 50 kilometers (30 miles) of travel after a sunny day.

e 20's acceleration performance, as compared to cars running on Gasoline, is quite poor. From cold start, the vehicle requires a distace of almost 180 meters to accelerate to a speed of about 50 Km. But, this is more or less compensated by the fact that the vehicle runs for a distance of 100 Km, over one charge, reaching a top speed of 80 Km/hour and at a tremendously low cost.

e20 is not built inside a weight-bearing steel shell or a sheath like most cars. It is rather built around a skeleton or a steel ribcage. Car body parts, made up of lightweight and scratch-resistant plastic panels, are then added to the ribcage that houses the batteries. This kind of construction is now used by Audi in its A8 cars as well as by Mercedes’ SMART. The plastic panels, already pre-impregnated with colour to eliminate painting, reduce both cost and weight of the vehicle and also absorb impact of a crash. The car meets the side and front impact crash tests mandated by the Indian government as well as it complies with crash requirements in Europe. 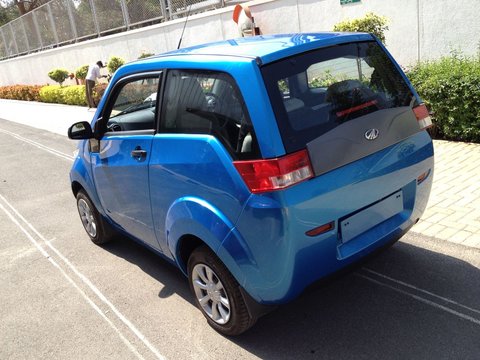 The design of the e20 with its off-angle windows and swooping fenders effectively draws the eyes of the beholder, away from its basic boxy shape and short wheelbase, making it a nice looking vehicle. The new e20 has been provided with features uncommon in small gasoline run cars such as, an automatic transmission, telematics and connectivity that are usually found in higher-end cars and even a smartphone app to control climate and automotive functions.

However good the new e20 and its features may be, it is not going to sell, unless its price is comparable with Gasoline cars. Mahindra Reva are expecting announcement of a Government subsidy package, expected to support a Government plan to put a large number of electric vehicles on road. If this happens, e20 can surely sell in good numbers and with its extremely low running cost could turn out to be a real people's car.