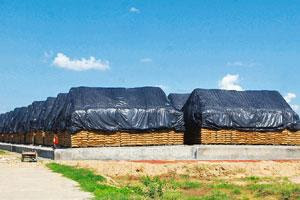 Samuel Taylor Coleridge was a poet, literary critic and philosopher from Eighteenth century England and was contemporary of William Wordsworth. He is probably best known for his poems, The Rime of the Ancient Mariner and Kubla Khan. Four lines from his poem about an ancient mariner, are rather well known and read:

With his ship, standing idle in the middle of sea for days, its no wonder that in spite of oceans of water surrounding him, this mariner can not find a drop of water that he can drink. Similarly, Millions of 'below the poverty line' poor Indians, are soon going to start echoing the ancient mariner. The only difference being, instead of water, it is the grain which they want to eat.

Similar is the story of rice. India produced a record 105.31 million tonnes of rice last year, while domestic consumption stood at around 90 million tonnes. With abundant rice crop, India has emerged as the world's biggest rice exporter in 2012. This would make the total stock of grains in Government stockpiles would hit 100 Million tonnes, a 20% hike compared to last year. Wheat stocks alone are expected to be 64 Million tonnes.

So we have a situation where there is a grain mountain worth US$ 30 Billion for India's 1.2 Billion population, enough wheat piled up to feed its poor for a year. However it can not reach India's 500 Million poor people because of inefficient food distribution and storage system and much will simply end up rotting. 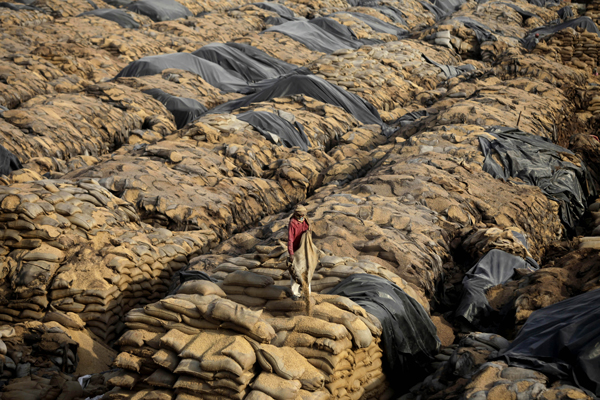 Government has storage space for only 47 Million tonnes. Rest of the grains would have to be stored on platforms of wood and cement under tarpaulins in the open. This storage arrangement is just no good, compared to grains warehouses and silos. There is a real danger here of exposure to rodents and weather, particularly rains, which can make the grains rot. If this is the case, anyone would say that if the country does not need it and it can not be stocked, why not export excess stocks? 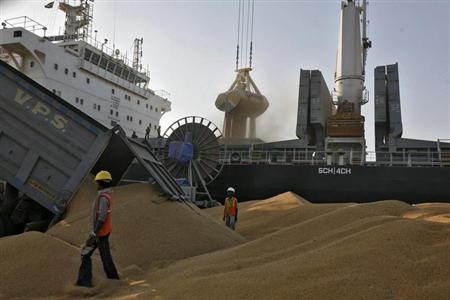 International wheat prices jumped up by 20% last year as adverse weather conditions reduced harvests from Australia and Russia, the world's second and third largest exporters. If excess stocks can be exported, India can earn substantially, as export of 8 Million tonnes of wheat would bring India into world's top 10 wheat exporters. (US is top exporter exporting 30 Million Tonnes.) Unfortunately India's creaking transport system means that a large portion of grains will simply not be able to get to ports, where there is already heavy congestion.

These are the problems of plenty. On one hand we have surplus grains. Export prices also have hardened. Yet, India can neither export the surpluses nor send them to the poor, as transport costs make the grains unaffordable. That is why, I said in beginning, that there are grains everywhere but nothing to eat for the poor.