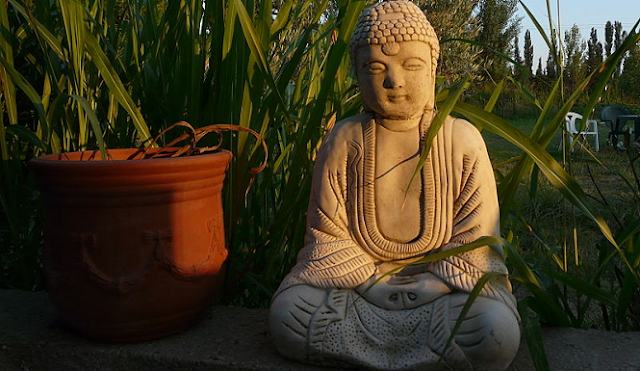 Once in a while, An odd bit of news comes across, that makes me speechless. A tragic news, would normally make me feel either very sad or angry, but never speechless. But with this kind of odd news, I really do not know whether to laugh at the latent idiosyncrasy or oddity of thinking of the persons at the origin, or cry for their ignorance. One such act, for example, was the destruction of the Bamiyan Buddhas in Afghanistan by Taliban.

One such thoughtless action, though of very low severity, compared to Bamiyan incident, has been recently taken in Iran. A report in an independent newspaper, 'Arman daily' says that authorities are now confiscating Buddha statues from shops in the Iranian capital, Tehran, to stop the promotion of Buddhism in the country. Iran has a long history of banning things from shops. Buddha now joins Barbie dolls and characters from American TV serial 'Simpsons,' which have been banned by the Iranian Government as a reason for bad western influence. This probably is the first and only instance when the Iranian government has shown an opposition to symbols from the east. 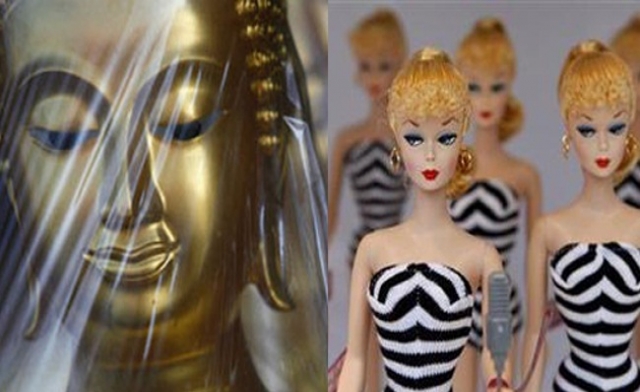 The newspaper quotes an official for the protection of Iran's cultural heritage, Saeed Jaberi Ansari, that the Buddha statues are symbols of "cultural invasion." He says that authorities will not permit a specific belief (Buddhism) to be promoted through such items. No information is however revealed regarding how many Buddhas statues have been seized, but this cleansing operation would continue.

According to Iranian constitution, Christian and Jewish beliefs as well as Zoroastrianism are recognized in Iran besides Islam, the official religion of the country. The law, however, says that, in general, the rights of all non-Muslims should be observed. With such statutory provisions, it is surprising that such action has been taken and has not been challenged in the courts yet.

Some Iranian Muslims, buy Buddha's statues, to decorate their homes and cars. A customer, Marjan Arbabi, says that she personally did not like the statues but her parents have a set of five Buddah's statues at their home, simply because they think the statues are beautiful. The statues are all made in China and are imported through Iranian free-trade zones in the Persian Gulf. A shopkeeper selling these statues, Reza Sanaei, says; "As I understand, none of customers cared about Buddhism, they only bought it for decoration.”

Iran had many statues of well known and prominent Iranians on the streets some years ago. An unnamed group with a strict interpretation of Islam that bans the depiction of the human form in art, started demanding that these statues should be dismantled. As a result, all statues have disappeared from Tehran's city streets after 2010.

Critics of the move have already slammed Saeed Jaberi Ansari 's alleged reasoning behind the decision and suggest the ban may fizzle out. Dr. Alireza Nourizadeh, the director of the Centre for Arab & Iranian Studies in London, says that “Art is not an area the regime will succeed fighting against.” Iran regime allows selected artistic or cultural items, film and theater festivals, which do not promote foreign cultural invasion. Dr. Nourizadeh says, “Artistic circles will speak out; Iranian intellectuals will respond sharply,” and adds that he expects the ministry of Islamic guidance to soon snub the decision. However, at present the decision stands.

Anyone would fail to understand, how selling few decorative Buddha statues to Muslims, can promote a specific belief (Buddhism) or can be considered as cultural invasion. I feel that the reason for this action is somewhat different. History has shown us that one thing utmost feared by theocratic dictators of all times, is free thought and that is what perhaps dictator regime in Teheran also really fears. What they want to do is to make an effort to curtail process of free thinking by any Iranian citizens. Many readers may wonder how Buddha's teachings promote free thinking, so much hated by Iranian dictators. Let me give you an example.

'Kalma Sutta' tells us what Sakyamuni Goutama Buddha once told his followers;

“Believe nothing, no matter where you read it or who say it, unless it agrees with your own reason and common sense.”

Now this is too dangerous a thought for any dictator of the world. Result is that Buddha must be banned in Iran, even if along with Barbie dolls and Simpsons.

Do we laugh or cry now?