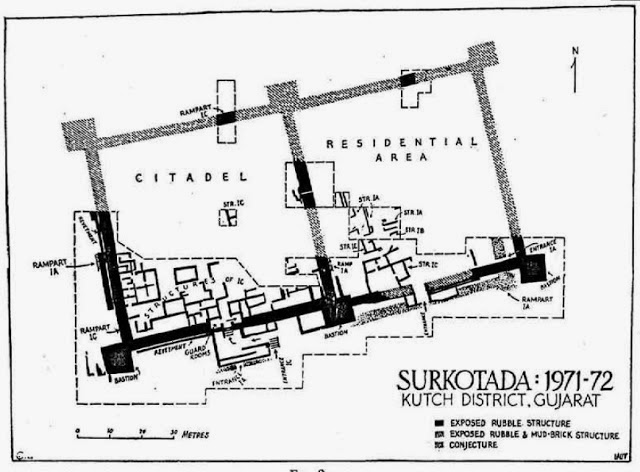 
The discovery of the Horse's remains from 2000 BCE, by an Indian archaeologist, Mr. A.P. Sharma in 1971-72, remained neglected for next twenty years or so. A celebrated archaeologist Dr. Richard H. Meadow, in fact commented in 1987 to reject Mr. Sharma's claim altogether and I quote:

“ It is on the basis of this phalanx that one can ascertain from the published photographs that the 'horse' of Surkotada, a Harappan period site in the little Rann of Kutch, …... is likewise almost certainly a half-ass, albeit a large one.” Unquote.

However, more supporting evidence came to light. A Harrapan port city at 'Lothal” was discovered south of Surkotada in 1955-56 itself, by another Indian Archaeologist and his team, Mr. S.R.Rao. It was a major Harappan port on Kathiawar coast with a large dock built for handling cargo and servicing ships. In further excavations at this site, Mr. S.R.Rao made significant discovery of two figurines of terracotta horses. One of the horses had a short stumpy tail, long neck and pricked ears. 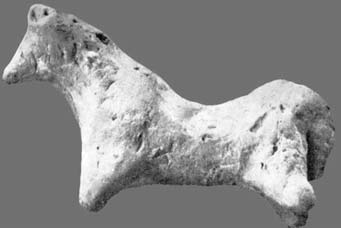 The horse controversy however was sidetracked as excavating a major site, from 1991 to 94, Indian archaeologists made a huge discovery of an Harappan metropolis at Dholavira, merely 60 Km north of Suratkoda. This site revealed a huge cache of artifacts, seals and sealings and ornaments. However no evidence of presence of a horse came forthwith. 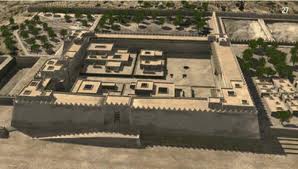 The Sukotada horse again came to limelight, twenty years later, after A.K.Sharma had discovered the horse remains at Surkotada, when an Hungerian archaeologist, Sándor Bökönyi was passing through New Delhi for a conference. He examined the bones excavated at Surkotada and later declared in the conference in unequivocal words:

“The occurrence of true horse (Equus caballus L ) was evidenced by the enamel pattern of the upper and lower cheek and teeth and by the size of and form of incisors and phalanges. Since no wild horses lived in India in post-pleistocene times, the domestic nature of the Surkotada horse is undoubtful.”

The Indian archaeologist, A.K.Sharma was vindicated and received two minutes of applause from the entire assembly. He, however felt sad that his work was appreciated by his own countrymen only after it was vindicated by someone from another continent. He comments:

“This was the saddest day for me as the thought flashed in my mind that my findings had to wait two decades for recognition, until a man from another continent came, examined the material and declared that “ Sharma was right.” When will we imbibe intellectual courage not to look across borders for approval? The historians are still worse, they feel it is an attempt on the part of the “rightists” to prove that Aryans did not come to India from outside her boundaries.”

Sándor Bökönyi, further stressed this point in his 1993 report to the Director-General of the Archaeological Survey of India. Bökönyi says in his report:

“Through a thorough study of the equid remains of the prehistoric settlement of Surkotada, Kutch, excavated under the direction of Dr. J. P. Joshi, I can state the following: The occurrence of true horse (Equus caballus L.) was evidenced by the enamel pattern of the upper and lower cheek and teeth and by the size and form of incisors and phalanges (toe bones). Since no wild horses lived in India in post-Pleistocene times, the domestic nature of the Surkotada horses is undoubtful. This is also supported by an inter- maxilla fragment whose incisor tooth shows clear signs of crib biting, a bad habit only existing among domestic horses which are not extensively used for war”

The Surkotada horse controversy, more or less came to an end after this and it was accepted that domesticated horse was known to Harappans from about 2000 CBE. However, the proponents of the Aryan invasion theory had another point in their argument. They said that the use of a spoked wheel in the chariots of the conquering Aryans made the chariots far superior to the solid wheels used by Harappans. 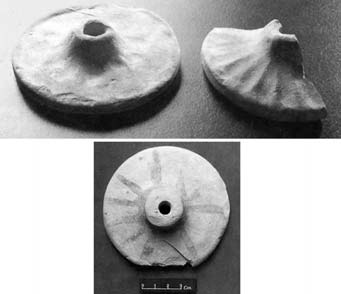 This point is very well answered by the terracotta models, recovered from many Harappan sites, which clearly establish that the Harappans were fully familiar with the spoked wheel. On the specimens found at Kalibangan and Rakhigarhi, the spokes of the wheel are shown by painted lines radiating from the central hub to the periphery, and in the case of specimens from Banawali these are executed in low relief.

It is now an accepted fact that there was no Aryan invasion of the India and Harappans were never subjected to hordes of invading armies on horseback and chariots. We must however appreciate that during pre-Harappan and early Harappan periods, no traces of an horse have been found anywhere. Similaraly, a horse does not not seem to have any cultural importance in Harappan civilization, though it might have been domesticated in mature Harappan phases. Unfortunatly, this means that the fundamental questions that puzzled the early historians, still remain unanswered.

Why did a vast civilization that had spread from Swat (presently in Pakistan) in the north to Kathiawar coast to the south and up to the Ganga basin in the east suddenly had its demise?
Why a civilization that was so advanced that as to have it's own script, built ships to trade with middle east, had perfectly planned cities, ended without leaving a legacy? 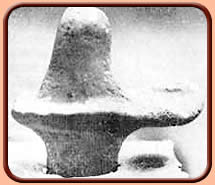 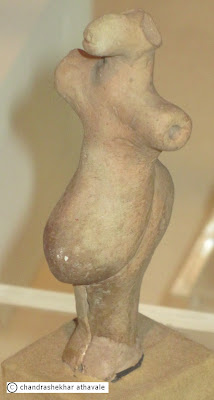 Finally, it has been known that Harappans were idol worshipers.
They worshiped a female figurine as Goddess of fertility and also the phallic symbol in form of a Lingam. If there was no invading Aryan army, how did India changed to a Vedic culture, where there was no idol worship but Gods represented the five elements like water, wind or fire and an Horse has great symbolic importance in religious rituals.