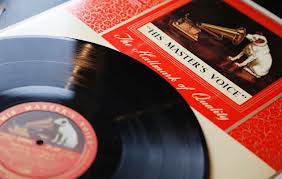 One of my aunts used to work as a teacher in a primary school for girls. She was allotted quarters by the school authorities in one corner of the institution premises. I still remember that building: a single story structure, constructed out of stone bricks and with a terracotta tiled roof supported by thick wooden beams. There were number of dwellings for teachers side by side with each dwelling having three rooms in tandem, like a railway train. My aunty used to stay in a corner apartment. Many a days during summer holidays, I used to go and stay with my aunt. This school, where my aunty taught, was situated quite far away from the city and there used to be no hustle bustle of the city around it. The nights in particular, used to be very quiet, except for continuous chirping of crickets.

On one particular night, as we had our dinner and were getting ready to go to sleep, all of a sudden I started hearing a very melodious song, sung by a famous singer of those days. I was bit puzzled and asked my aunty about it. She only said that the sounds were coming from a phonograph playing in the adjacent apartment, where school's music teacher used to stay and the teacher must be trying to write down the music notation, so that the same song could be used as background music for some dance programme to be performed during social get together of the school. The music then stopped and I went to sleep

Next morning, after taking my aunty's permission, my cousin sister and I went to visit the music teacher. I was dying with curiosity to find out about the phonograph, and asked the music teacher about the song, which he played last night. He inquired whether I would like to listen to the same song? Gladly, I said “Yes.” He got up, took out a black rectangular box and opened it. Inside, there was a disc with a green flannel top. He took out another shiny black disc from a paper jacket, kept it on the flannel top disc. Then he wound the mechanism in the box, like a clock. This made the green flannel top disc to rotate at a fast speed. He then placed a tubular arm with a pin, that was fixed in the corner of the box and put the pin on the black disc.

Bingo! I was absolutely stunned to hear the same melodious music that I had heard on previous night again coming from the box. This was my first introduction to the magic box that was known as a phonograph. When I was watching on that day, that shiny black disc rotating continuously and producing beautiful music, I also saw a picture in the middle of the disc, that showed a dog listening to a phonograph with a huge horn attached to it. 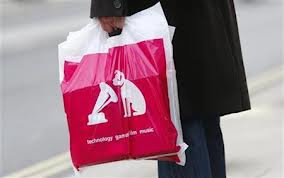 Later, I asked my dad about the picture of the dog and the horn. He told me that it was a logo of a British company that produced the black shiny discs known as records. This company was known as “His master's voice” or simply HMV.

In India of those years, music and HMV were synonymous. The company had virtual monopoly in India on everything that concerned recorded music; from records to record players( though with antiquated designs.) No singer or musician, could dare to offend HMV as it would mean end of his career as a singer. 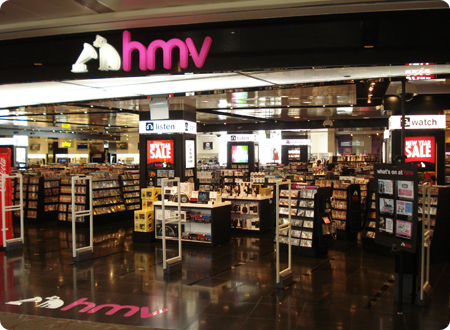 After this age of records, first came the extended play and then long playing records and finally CD's. HMV changed along, but it started loosing monopoly as recording CD's was a simple job and when newer computers arrived making copies of CD's, became a child's play. Sometime in 2002, first MP3players appeared. They needed digital music files which could be downloaded.

For almost a century, if anyone wanted to listening to music, only way was to go to a record shop and buy a record, which were mostly made and sold by HMV at least in India. Things changed rapidly. People started buying music on the net. In 2004, “Tower Records” an American music shops chain would up and for HMV writing on the wall was clear. 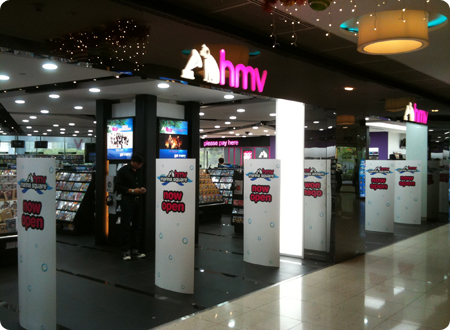 In a way, HMV was always symbolic of the British empire. It sold almost in all the former colonies including US. The British empire was gone but HMV kept going. Britain continued to be a world leader in the music scene. For other goods and services Britain exports only around 3% of the world’s goods and 6% of the world’s services. But, surprisingly this country accounts for around 13% of global music sales. Four of the top five albums in America last year were by British artists. More copies of “21”, an album by Adele, a deep-lunged British songwriter, have been sold than of Michael Jackson’s “Thriller”. There are reasons for this show by Britain. There is a culture of musical creativity in Britain. Besides, Britain’s music retail market, which allows record labels to continue investing in domestic artists is relatively very strong. Per person, Britons spend almost twice as much on music as Americans.

Britain may continue to be a world leader in music business, but it can not save HMV anymore. After 91 long and glorious years, music seems to have ended for HMV. On January 15th 2013, the music retailer, which employs 4,350 people, announced it was insolvent and going into administration. HMV joins now other high-street casualties like Tower records and Blockbuster video, which rented video cassets and DVDs. For Britain, it would be hard to accept this, when the country is a music leader of the world. 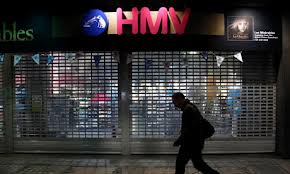 For many people like me, HMV meant music for many many years, that is why HMV’s end hits and reverberates more strongly than the others. Even when HMV is gone, I would never be able to forget that dog printed on the black shiny record, going round and round, all the time listening to his master' voice.