Only as good as the battery 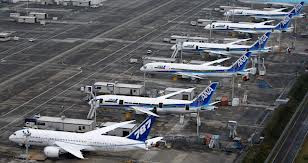 About fifteen years ago, during my manufacturing business days, we had received a contract from a big public sector corporation to assemble battery packs. The specialized Magnesium batteries, which looked very much like size C dry cells, were supplied by our principles. Our job was to interconnect the dry cells in a particular fashion, stack and seal them in a battery container made from plastic or paper. I heard about Lithium batteries for the first time, during those days. These lithium batteries were much lighter and packed a great power punch compared to Magnesium batteries. Off course, what we handled were non rechargeable batteries, to be thrown away, once used. Even then, one thing I learned during those days, was that however sophisticated an equipment in which these batteries were used might be, it was only as good as the batteries. If the batteries were not good enough, the equipment lost all the high performance and would become worthless.

At least three of the world's big airlines and one of the two major aircraft manufactures of the world; Boeing Corporation have learned this hard fact, as the latest grand airliner from Boeing Corporation, Dreamliner 787, is being grounded all around the world at an enormous cost, for a simple reason. The batteries are not good enough. The 787 relies more than any other modern airliner on electrical signals to help power nearly everything the plane does. It's also the first Boeing plane to use rechargeable lithium-ion batteries for its main electrical system.

Indications of the brewing trouble came on January 7, 2013 when a Japan Airlines 787 jet that was parked at Boston's Logan International Airport caught fire. On January 16th 2013, another 787 Dreamliner of All Nippon Airways plane made an emergency landing in western Japan after its pilots smelled something burning and received a cockpit warning of battery problems. Following the incident, Japan grounded all 24 Dreamliners owned by two of its airlines; ANA (All Nippon Airways) and Japan Airlines. 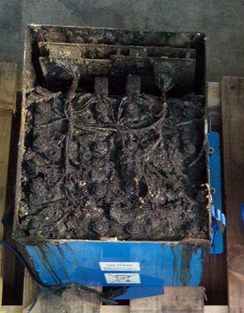 An initial inspection by Japanese officials of the 787 found that the battery electrolyte (a flammable battery fluid) had leaked from the plane's main lithium-ion battery beneath the cockpit. It also found burn marks around the battery. The lithium ion battery that was located beneath the 787's cockpit, also showed a blackened mass of wires and other components within a distorted blue casing. 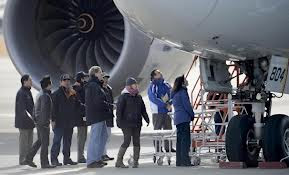 After the incident, The American investigators; one each from the Federal Aviation Administration and the National Transportation Safety Board and two from Boeing Co., inspected the ANA jet on the tarmac at Takamatsu airport in western Japan. After this, the U.S. regulator, Federal Aviation Administration, asked to stop operations of all the 50 such planes delivered so far to various airlines. This also includes aircraft operated by US airlines and Air India, which has taken delivery of 6 aircraft so far. Air India has grounded all 787 aircraft now, 4 in Delhi and one each in Chennai and Bengaluru. 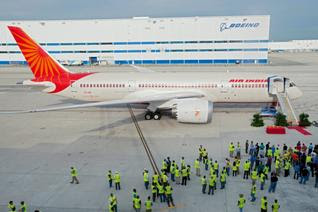 Considering the similarity of the burned insides of the battery from the ANA flight and the battery in a Japan Airlines 787 that caught fire on Jan. 7, an investigator from Japan's transport ministry now says; "If we compare data from the latest case (January 16, here and that in the U.S., we can pretty much figure out what has happened. The state in which the damaged battery was found indicates that a voltage exceeding the design limit was applied to it. ” The battery manufacturer agrees and says that it was helping with the investigation but that the cause of the problem was unclear. It could be the battery, the power source or the electronics system.

Dreamliner 787, might be the latest high tech, high performance aircraft, that costs as much as US$ 150 Million, truth is that it is only as good as the battery inside it.