Myanmar refugees ordered to swim the sea for 500 meters. 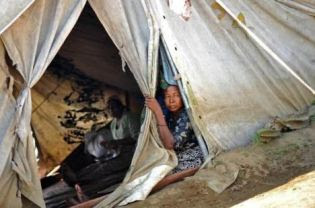 I had written earlier about the sectarian strife in Rakhine state of Burma or Myanmar and about the displaced refugees living in squalid camps in the capital of Rakhine state, Sittwe. The situation in these camps has turned from bad to worst and some of the refugees describe it as living hell. In the two rounds of communal violence that erupted in Rakhine in June and October, more than 115,000 people have been displaced and scores have died in the conflict and whole villages, mainly those of Rohingya Muslims, have been forced to flee their homes. United Nation's under-secretary-general for humanitarian affairs and emergency relief coordinator, Ms. Valerie Amos, who paid a visit recently to some camps, describes the situation as greatly concerning, with many people in overcrowded, unsanitary camps and says; "They don't have jobs, children are not in school and they can't leave the camp because their movement is restricted. The situation is dire." Talking about the decades-old animosity between Buddhists and Rohingya Muslims from Rakhine state, she added that; "Tensions between the communities are still running very high. People from both communities gave me the same message. They are living in fear and want to go back to living a normal life. There is an urgent need for reconciliation. The trust is not there. We need the political leaders in Myanmar to support the important humanitarian work being done by the United Nations and our partners." 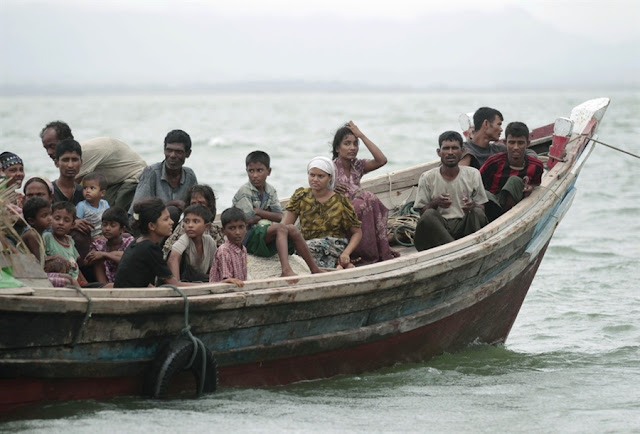 Refugees trying to escape to Bangladesh

With the living conditions so bad in these camps, it is no wonder that the Rohingya Muslim inhabitants of these camps want to escape to anywhere else with chance of better life. The neighbouring Bangladesh refuses to allow these Muslims to enter, saying that they are Burmese citizens. But Myanmar's 800,000 Rohingya are seen as illegal immigrants, from neighboring Bangladesh, by the government and many Burmese people also. The only country where they have some chance of being accepted is Malaysia, which is a Muslim majority country. United Nations’ refugee agency says that thousands have sought refuge in Malaysia, a largely Muslim country that has a big Rohingya population, estimated to number about 23,000. Recently, Malaysian's rescued 40 Myanmar shipwreck survivors, who are thought to be Muslim Rohingya and wear denied entry to Singapore. 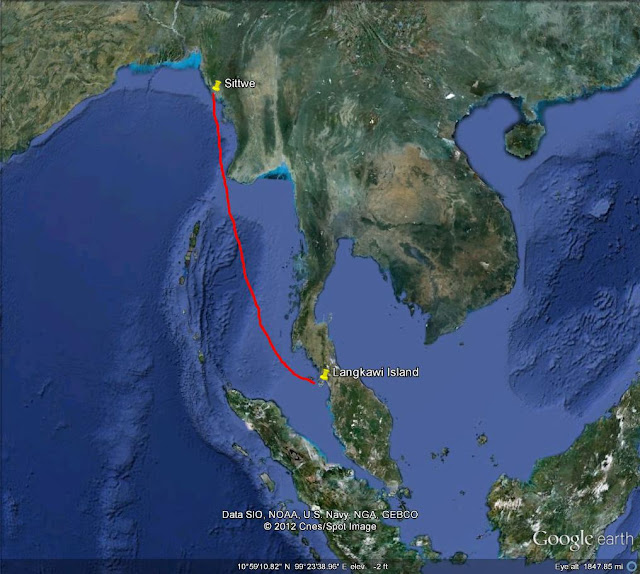 With the conditions in the Sittwe refugee camps, turning unbearable, more and more refugees are trying to escape by any means and are ready to take any risk. About a week ago, 500 refugees, who had allegedly paid about $ 300 each to an agent in Rakhine state for a trip to Malaysia, wear crammed on a rickety, 30-meter long junk boat and wear packed off towards Malaysian island of Langkawi in Malacca straits. However as the boat reached a point less than a Kilometer away from Langkawi coastline, after a 15 day boat journey, the captain of the ship ordered all the refugee travellers to jump off the boat, in the sea. One man was killed after being hit by the boat’s propellers when he jumped into sea. Balance of them somehow made it to the coast after swimming a distance of 500 meters in the sea.

Malaysian Police say that they have so far found 482 people, including the captain of the vessel, and are still looking for a “handful” more , hiding out on the northwestern island of Langkawi. The immigrants have been handed over to the immigration department to be processed at detentions centers nationwide with their future still uncertain. 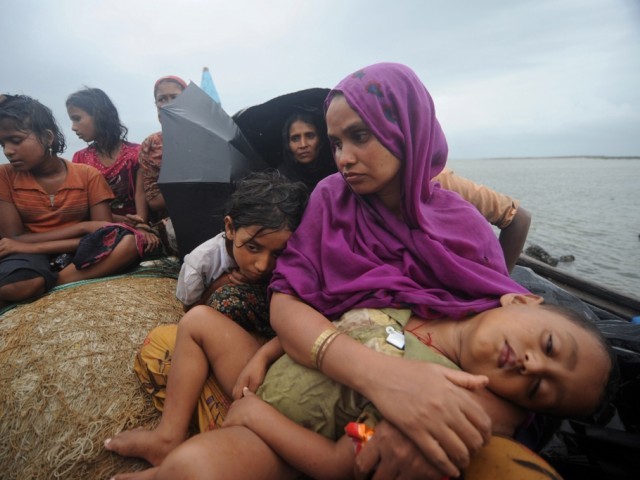 This group of Rohingya Muslims is believed to be one of the largest groups to have reached Malaysia this year after fleeing sectarian violence at home in Burma. This clearly shows how desperate the situation has become for them. They have long been considered by the United Nations as one of the most persecuted minorities on the planet. Running away from Burma does not appear to be a solution for these people. The United Nations have planned to provide a relief of $69 Million for the displaced refugees over next nine months. They must be resettled in Burma with UN help as quickly as possible.