Hit by pollution on roads 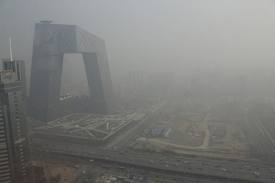 Few years back, the environmental laws and norms that were in place in India, did not pay much attention to pollution caused by vehicles on the roads. It was a common sight to see huge clouds of black smoke ballooning from the exhaust pipes of diesel burning lorries. The problem actually was two fold. The fuels delivered at the pumps, used to contain lead and also other pollutants like sulfur and secondly the vehicle engines also were not designed for low or almost nil exhaust pollution.

There is a major road artery near my house in my home town Pune, with very heavy traffic flowing almost throughout the day. It used to be a nightmare to walk along this road, as air used to be thickly polluted with exhaust fumes and carbon particles. Even a short stint along the road was enough to make your eyes watery and nose stuffy. While driving on this road, it was a must to switch on the air conditioning and prevent outside air coming in. 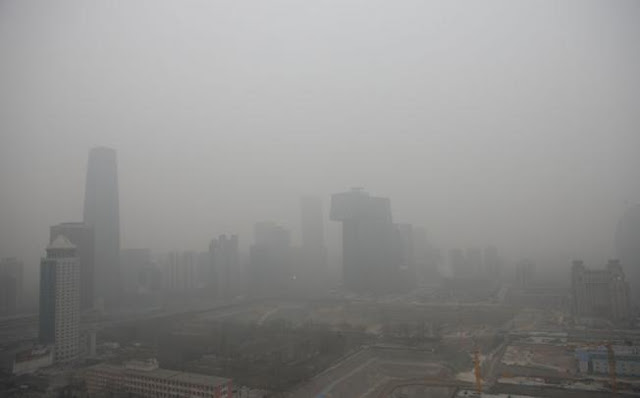 Residents of China's capital city Beijing are facing one of the worst air pollution these days with 993 micrograms of PM2.5 particles present in one cubic meter of air. This figure works out to be 40 times the safe limit specified by WHO.

Dense smog has shrouded large areas of northern China, cutting visibility to 100 meters in some areas. There are 5 Million cars in Beijing and pollutants from vehicles mixed with pollution from factories and coal burnt for heating in the winter, have all got mixed in the smog. The winds from mountains, north and west of Beijing are always low in this season and are causing the smog to stay on. The widespread smoggy weather has led to the increase in respiratory patients and people are being advised to wear face masks to protect themselves. 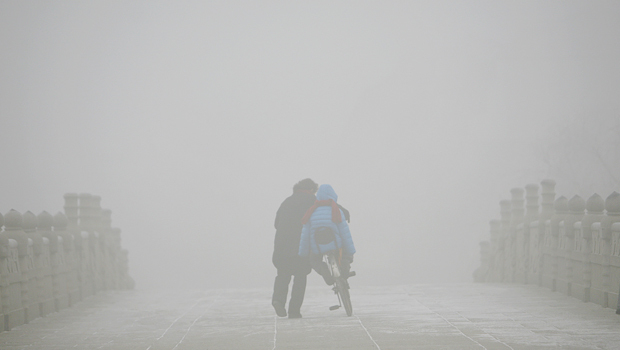 China’s tightly-controlled media, usually do not raise concerns without official nod. This time however, they have joined the internet media to raise concerns over health problems linked to Government policies regarding heavy industrialization. An editorial in the China Daily blamed the pollution on the pace of urbanization, and says: “China’s process of industrialization has not finished. In the middle of a rapid urbanization process, it is urgent for China to think about how such a process can press forward without compromising the quality of urban life with an increasingly worse living environment.”

Even the state-run Global Times newspaper calls in an editorial for more transparent figures on pollution, urging Beijing to change its previous method of covering up the problems and instead publish the facts. It adds: “The choice between development and environmental protection should be made by genuinely democratic methods. Environmental problems shouldn’t be mixed together with political problems.” It even questions the differences between air quality figures given by Chinese authorities and the US embassy in Beijing.

On Sina Weibo, China’s hugely popular version of Twitter, pollution crisis still dominates the discussion. One web user put up his photograph wearing a mask and tweets “This pollution is making me so angry.”

Officials in China have a long history of covering up environmental and other problems by not releasing information. In 2003 SARS outbreak, Chinese health officials initially denied the very existance of the disease. Even in January 2013, a chemical spill into a river was only publicly disclosed five days after it happened.

I think that China's state-run newspaper Global Times is absolutely right about what it says on development and environmental protection. Even in India, we face this problem almost every day. In my home town, the city is developing at a fast pace only at the cost of environment. During my young age, Pune city weather was famous all over India as one of the best. Those days are all gone now and one of the major reasons for this is the so called development.

Perhaps, Beijing smog and pollution, is sort of a warning for other cities of the world. Its OK to have development, but it should not be at the cost of environment.