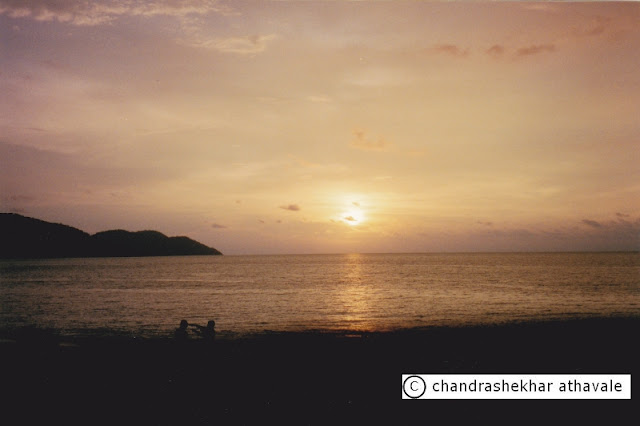 I love beaches. My concept of an ideal holiday is about lazying near a beach in a shaded dwelling in a cove, listening to the roar of waves. I do not particularly find the western idea of sun bathing very appealing as in the first place being an Indian, I do not need any tanning and secondly I hate moving around in hot sun around a beach. I prefer to walk on a beach only in mornings and evenings. Coming back to the point, I have often wondered about the tremendous power of the sea waves, as they crash on the coastline. But this energy built in the waves, goes all waste, once they crash on the coastline.

It would be natural to question how, in the first place, waves acquire this kind of huge energy? It is a very complex mechanism not fully understood yet. It starts with the wind blowing on the surface of the sea, which creates smaller ripples first. The wind is obstructed by the roughness of water surface and tries to lift up the smaller ripples into bigger and bigger waves. As wind lifts up the surface of water, gravitational force tries to bring down the water and a wave is created, absorbing more and more energy, which finally gets dissipated when the wave finally crashes down on the coast. 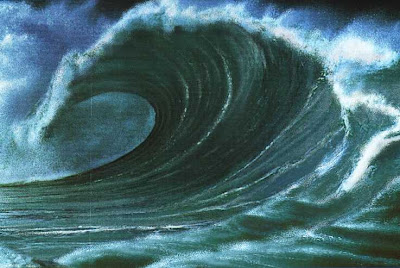 Wave energy is really a form of a storage of mechanical energy of wind, in the sea water. Sea waves are variable in nature and their height and width changes with time and season. Scientists have calculated the energy held in waves. A wave of a height of 3 meters, holds a wave power of 29.7 Kilowatts per meter length of the wave crest. You can imagine the Giga or Terra watts of power that have been stored in waves around thousands of Kilometers of the sea shores across the world. A general study of the wave nature has shown that there is potential of 40,000 MW just along the Indian coast. Center for Earth Science Studies, Thiruvananthapuram, undertook a study in 1994 to find the wave energy potential along the Maharashtra state coast. This study shows that the Maharashtra coast has an annual wave potential ranging between 4 to 8 Kw per meter of the length of the wave crest. During the monsoon, i.e., between June and August, the potential is even higher; 12 to 20 Kw for every meter length of wave.

If that is the potential, why no one is making use of it to convert the wave power to electrical power? All over the world, many types of technologies have been tried way back since1970s, and these can be listed as:

Of these, the oscillating water column converter (OWC) has been found to be most useful due to its simplicity and adaptability to use the existing coastal structure of sea harbours. The OWC system consists of a chamber in the sea exposed to wave action through an entrance at the bottom or on the side. The air inside the chamber gets pressurized or expanded owing to the wave action, essentially working like a piston-culinder arrangement in a diesel engine. The air movement through a small opening from or into the chamber, depending on the pressure inside, is used to drive an air turbine. This technology has been tried at Vizhinjam along the Kerala coast, near Thiruvananthapuram by National Institute of Ocean Technology, Chennai with a 150 kW plant.

As a result of these trials, Maharashtra Energy Development Agency (MEDA) has invited bids from global players for the generation of tidal energy at Budhal village in Ratnagiri. The 2000KW project is expected to start in a few months once the bidding is complete. The invitation for bids has received a good response from companies such as Thermax, L&T and Tata power. After the study, Thiruvananthapuram-based Center for Earth Sciences suggested a number of locations along the Arabian Sea in Ratnagiri and Sindhudurg viable for power generation, MEDA selected Budhal in Guhagar.

If everything goes on as per plan, we may soon have a power station producing electrical power from the wave power. I find that very interesting.