During pre- independence days, a secure Government job was a sort of a panacea for India's middle classes. Government service during those days had 4 classes of employees. Class I staff mostly consisted of Europeans, barring exceptions of few distinguished natives. Class II were middle level officers, mostly Indians. Clerical and other lower order staff would constitute class III and Peons, labourers and messengers would have the lowest class or class IV. Each and every young male from the middle classes, who had at least some school education, desired to join Government service as per his education level, even as a lower division clerk or a peon even. Once the Government job was secured, it was expected that the rest of his life would be one of ultimate stability and security with steady monthly pension even after retirement.

After independence, as local Industries came up, a job in one of the top industrial houses such as “Tata's” also became highly desirable for India's middle class youth. Though there was no security of the monthly pension after retirement, the much higher remuneration, fringe benefits and superannuation benefits more or less compensated for that. Many top talented Indians started preferring Tata Administration service to Indian Administration service.

After Y2K or year 2000, India's industrial sector had a new entrant, who overshadowed all other sectors in no time at all. This was the new Information Technology sector. The middle class was attracted to this industry like never before. Monthly salaries that reached sky-high, comfortable working conditions and the glamour of working in a high tech environment started luring every one, even people employed in other industrial sectors, Government and the army. To be able to answer, when someone asked a person about what he did, as " I am working in Infosys or Wipro,”, became the most desirable goal of Indian youth. Others, who were not employed in IT sector became like poor cousins.

This change of preferences however did not bring about any improvement in Entrepreneurship for the middle class youth. India still ranks 74th out of 79 nations in the Global Entrepreneurship and Development Index, making it one of the worst places in the world to start a business. This lack of Entrepreneurship perhaps has its own reasons. Some people say that Indians are not innovative. I do not agree with this at all. Indian-born entrepreneurs have been super successes in the US, where they have the largest number of start ups started by any immigrant group. This is primarily because in a place like Silicon Valley, in California, they have easy access to equity capital and first-world infrastructure. Compared to 14,000 start ups launched in the United States every year just about 700 technology product start ups are launched every year in India.

I can add here something from my own experience. I gave up a good job sometime in seventies to start my own business. The obstacles that I faced and any new Entrepreneur in India still faces, while trying to venture out, can be put in 3 categorizes. First and the foremost obstacle is the myriad jungle of rules and regulations put in the way of the new venture by Government red tape. After this comes the finance. I remember having paid, bank interest at a killing rate of even 19%. In the third category are the labour laws formed with a Socialistic framework, which are rigid and do not make any difference between a successful large operation and a start up, struggling for existence. This means that for India's unemployed youth, entrepreneurship is the last recourse only to be tried if nothing else works.

Within India itself, situation varies from state to state. Some of the states like Gujarat and Punjab are somewhat better for starting your own enterprise, while many states are the difficult ones. The southern state of Kerala is one of the difficult states. This means that Kerala has hardly any Entrepreueurs, who have the expertise to be able to build strong software companies.
I recently came to know about a new institution named as Startup Village and jointly funded by the government and private sector, and has collaborations with companies such as BlackBerry maker, Research in Motion and IBM. Mr. Kris Gopalakrishnan, co-founder of Indian information technology giant Infosys, is the chief promoter. The Startup village campus, spread over 100,000 sq ft (9,250 sq m) with its state-of-the-art glass and steel buildings in a green corner of the port city of Cochi, would be complete in 2014. 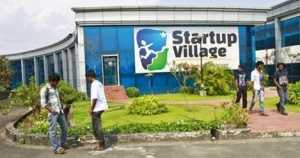 The institution started functioning in early 2012 and would provide would-be entrepreneurs, workspace at rents about a tenth of anywhere else in Kochi, computers, a high-speed Internet connection, legal and intellectual property services and access to high-profile investors. Already 68 would-be entrepreneurs and their teams, have taken up two buildings at the site. Startup Village is aiming very high. It wants to help, would be entrepreneurs to develop 1,000 Internet and mobile companies in the next 10 years. It promises to provide its members help with office space, guidance and contacts with bigwigs of the IT industry. They have selected Kerala because of low costs and talent pool. 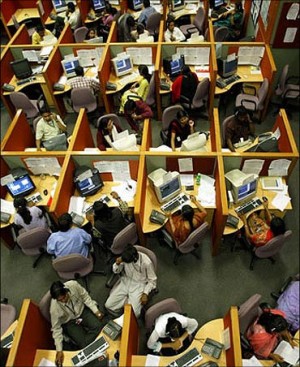 This appears to be a really great idea. I do not know how successful it would really be? Because though availability of low cost infrastructure and a good work environment are definitely helpful, it does not address the main obstacles faced by the entrepreneurs like overcoming red tape, cheap working capital and finance and India's socialistic labour laws. Perhaps what we need really are much larger number of venture capitalists or angel investors. In India hardly 150 start ups are launched by such venture capitalists or angel investors every year against more that 60000 in US.

Till that happens, I am afraid that India would remain largely a nation of cyber coolies and clerks.