Laws of the land 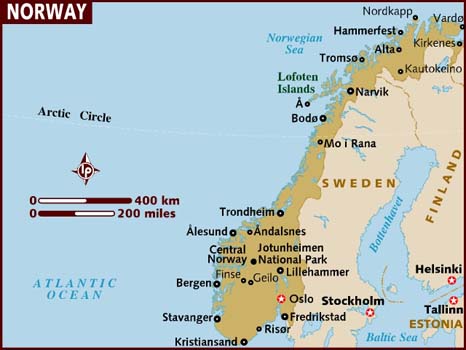 Recently I met a young man and his wife after a gap of number of years. I was glad to know that in the intervening years, he had managed to find a cushy job in Saudi Arabia and was now living there and enjoying the newly found economic affluence. His wife however did not appear so happy or enthusiastic about life in that country. She told me that all women in Saudi Arabia, whether Muslim or not, have to wear a full burqa or a veil over their entire body, when they move on the roads or when they are in public places. She told me that she feels suffocated and stifled in that garment. Her immediate and more serious concern was however about her career there. According to her, there are number of restrictions about, where women are allowed to work. I tried to console her but not with much success.

Sometime back, I was told by an American friend of mine, about the travel advisories issued by the US Government to the US citizens, who wish to travel to a foreign land. As an example, young Americans, who wish to travel to India, are advised against showing physical signs of affinity or love like embracing or kissing in public places, because it is not customary in India and goes against Indian traditions.

The point that I am trying to make is when one is travelling or staying in a foreign country, one must scrupulously follow and obey customs and laws of that land. Just because something is tolerated or OK in your home country, does not mean, it would be accepted or tolerated in a foreign land. Unfortunately, many of the Indians travelling or living abroad, do not follow this simple counsel and often land themselves in serious trouble. A similar case has been reported recently about an Indian couple staying in Norway.

Mr. Chandrasekhar Vallabhaneni, a software professional from Andhra Pradesh stays in Oslo with his wife Anupama, who is an officer of the Indian embassy there. They have a 7 year old son, studying in a school in Oslo. Sometime back this couple observed that their son was wetting his pants in the school bus, a fact reported to them by the bus attendant. The boys also used to take his toys to the school, which was against the rules. After knowing that his son was not following rules and was causing trouble in the bus, Mr Vallabhaneni perhaps got very angry and scolded his son and threatened the child that he would be sent back to India to his uncle, who stays in Hyderabad, India.

Like any other child of his age, this 7-year-old child complained to his school teachers, that his parents are threatening to send him back to India for his acts. He could never know that this would cause a major crisis in the life of this Indian family living in Norway. According to Norwegian law, such threatening by the parents amounts to child abuse. The police therefore promptly arrested Mr. Vallabhaneni and his wife Anupama and have charged the couple with gross repeated maltreatment of their child by threats, violence or other wrong under section 219 of the Penal Code. The offense is punishable by a jail term to the parents.

The couple also were not allowed bail because police were afraid that they may fly off to India to avoid punishment. The prosecution has proposed a sentence of one-year three months for the mother and one-year six months for the father. The judgment in the case would be pronounced shortly.

For most couples in India, who customarily thrash their kids for any wrongful acts, this action by Norwegian police, would appear on the point of being ridiculous and is likely to create another diplomatic ruckus like what happened when Norwegian Child Welfare Society had taken away 3 year old Abhigyan and his 4 year old sister Aishwarya from their parents, Anurup and Sagarika Bhattacharya on grounds of "emotional disconnect". 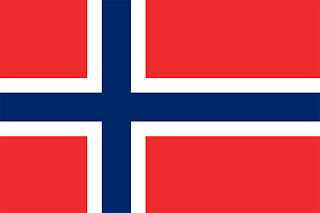 It should be however remembered that Norwegian police are acting as per law of their land. Everyone living or travelling in Norway is equal before Norwegian law and Indian couple should have known before threatening their child, that this is not acceptable in the country, where they are now living. In India such kind of parental behaviour may be customary or not an offense before the law. But that does not mean that it would be allowed in other countries.

We now have a situation where young Indians are travelling to far off corners of the world and want to live and raise their families in strange lands. It is imperative that they raise their kids as per laws of the country of their residence and not follow their own fathers and mothers who raised them in India.

Mr. Vallabhaneni and his wife Anupama's predicament, should really be considered as a warning for all non resident Indians, living abroad.