Cutting down the flab 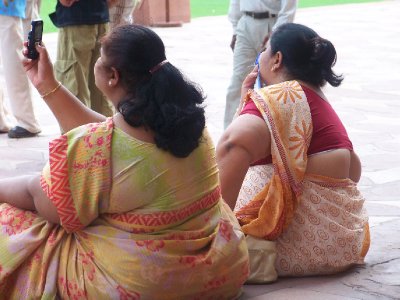 This week, I had an occasion to attend a family gathering, where almost all of my first and second cousins along with their spouses were present. It is a fact that in our generation, I happen to be the eldest cousin and all others are at least ten to fifteen years younger than me. Even then, almost all of my cousins are nearing fifties and some of them have even crossed five decades of their lives. Their spouses also are naturally of the same age group. Observing all of them during the gathering, one thing struck me. All of my cousin brothers now had well rounded midriffs with some of them having a balloon like mid section, whereas my cousin sisters had become abnormally fat and obese.

I must say that balloon like midsections for men and all round obesity for women, is not something that is a specialty of only my family. It is a fact that all over the world, persons of this age group (45-60) are facing this menace of increasing obesity. Unfortunately this flab on the body, brings along other guests with it, like high blood pressure or hypertension, diabetes and arthritic joints and these unwanted guests actually thrive and are happy under the generous patronage of this excess fat on their bodies. For ladies in particular, unwarranted flab has become a curse of the modern times.

A study with a large size of samples, was conducted over a decade and a half, by a medical team led by Dr. I Min Lee working with 'Brigham and Women’s Hospital and Harvard Medical School in Boston, US'. They have published the results of their study in 'Journal of the American Medical Association' recently. Dr. I Min Lee had selected 34000 healthy American women for this study with an average age of 54 years. In fact this study was started by Dr. I Min Lee in 1992 itself. To start with, in the first year, for each and every woman under this study, her weight and number of hours for which she had done regular exercises was noted for every week. After this, the same data was collected after every three years.

Results of this study have brought up some extremely interesting observations. 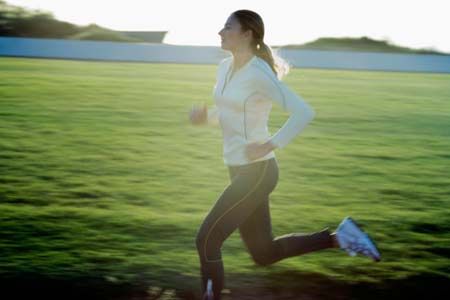 During the tenure pf the study or 15 years time the average weight of these 34000 women had increased by 2.5 Kilograms. For a group, where majority of women were putting in at least 7 hours of exercise per week, no weight rise was observed. This group actually had about 13% of total number of women under study. (34000) The study found a correlation between exercise hours per week and the wight gain for only this group. For rest of 34000 women, it was found that there was no correlation between whatever exercise hours they put in and the weight gain. The women, who were obese, had no effect of exercise on their weight at all.

From this study, Dr.Lee has concluded that each every middle aged woman should take care that she does not gain weight because if the weight is gained, it just can not be reduced by exercise alone, a controlled diet becomes a must. To avoid any weight gain all middle aged women must do exercises like brisk walking or cycling for at least 7 hours every week.

It becomes clear from Dr. Lee's findings that exercise is not optional for middle aged women. If this is not done, there is bound to be a weight gain. We find that ladies, who were quite fit and slim, suddenly start gaining weight in middle ages and tend to becomes fat and obese. The principal reason for this weight gain is lack of regular exercise. It is quite true that most of the ladies of this age, have too many responsibilities and lots of work to do and as a result do not find enough time for exercise. However they should remember that if they do not find a time slot for their exercise, it is most probable that in next 10 or 15 years they are likely to become obese with too much of unwanted flab, which is a sure shot invitation for many diseases.