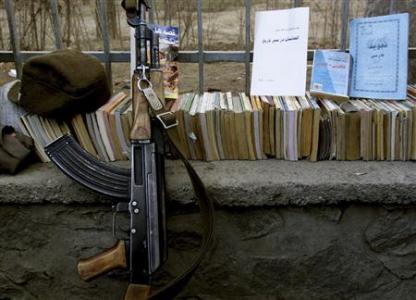 We all have our comfort zones or safe heavens. For kids running back to the embrace of their mother, it is perhaps their safest heaven. All their worries and fears just evaporate once they are hugged by their ever loving mommies. For super rich of the world, the no tax islands like Channel, Cayman or British Virgin are the most comforting zones as they can stash their Millions or Billions without anyone prying on it and paying no taxes on it. For most of us though, the warmth and the cozy comforts of our homes are enough to get rid of our daily tensions and worries.


Mohammad Nasir is an Afghan aid worker, who lives in Kabul, Afghanistan, with his family; that consists of his wife and four daughters. For his family, their home is perhaps the safe heaven; but not for Mohammad Nasir, who has built a carved out shelf behind the television bench, kept along one side of the living room. In this secret shelf, unknown to Nasir's family even, he keeps, what he thinks is his final means of safeguarding his comfort zone, an AK 47 rifle with ammunition in full working condition. Nasir believes that this gun would keep his loved ones safe when Western troops withdraw from Afghanistan by the end of 2014. 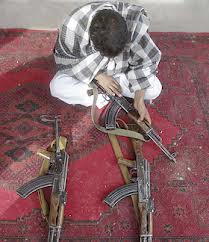 On Afghan television, hottest item under debate today is 2014 and what would happen to Afghanistan then? Many people fear that security will collapse and soldiers will join warlords or the Taliban. Afghanistan's president Hamid Karzai calls all this talk of chaos as nonsense and a western media propaganda and is confident that Afghan security forces, which have made great progress over years would be able to control the situation after 2014. Many Afghan people however are afraid that they will be abandoned by the United States once again though they certainly don't want the Taliban to return. In this eventuality, they feel that the only way to protect themselves is to have weapon of their own. There are plenty of weapons available; arms left over from the war against the Soviets, guns smuggled over the porous border with Pakistan and those sold by former mujahideen commanders. Russian or Pakistani-made AK-47 assault rifles are the biggest sellers, followed by light machine guns. 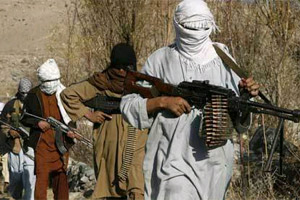 Whatever individuals like Nasir may feel, what are the real chances that Afghanistan would return to civil war days? The Government and NATO forces are fairly confident that Afghan security forces would be able to handle the situation in spite of the fear of the common people. The Afghan Government, contrary to fears of the people, is actually highlighting the year 2014 as a year to invest in Afghanistan, and take advantage of its cheap labour and land leases. Last month it held a televised conference promoting the country's natural resources and its industrial potential. Waheed Mujhda, a politics expert at the Afghan Analytical and Advisory Centre, says that not all Afghans expect a war. The last civil war was a failure that no one wants to see again. Today even warlords have realized that renewed civil conflict would not help anyone. 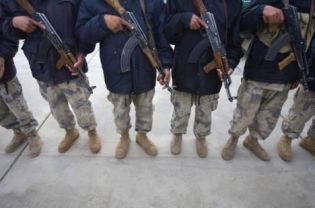 It is also a wrong assumption that US and NATO forces are just going to give up on Afghanistan. Specialized American forces are bound to remain in Afghanistan much longer, though in small numbers. NATO has already committed to foot the bill for the Afghan security forces till 2017. If Political system holds, when elections are conducted, there is a little chance that civil war could break out.

There appears to be a good chance that Nasir may never has to use his gun again. However, he is afraid that if the Taliban return to power they would kill him because he works for the government. He is feeling lot safer just because he has the gun.