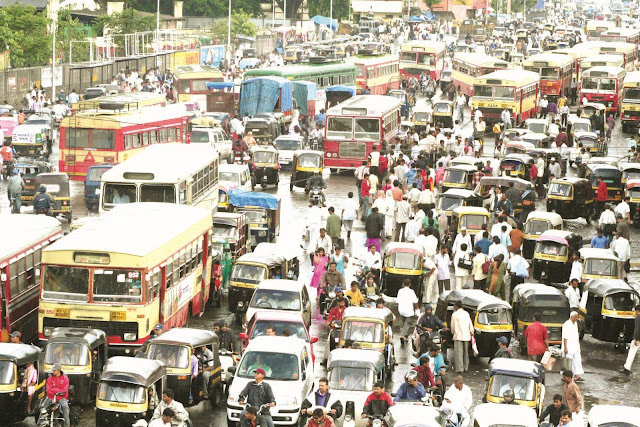 An incident that took place this week, in my home town Pune, raises serious concerns about safety of commuters on road. A 26-year-old engineer working with a private company, was stabbed and his car driver assaulted by three unidentified persons, including a six-seater “For Hire” vehicle driver, on an outer road in Pune. The incident happened, when this engineer's car was parked near a roadside ramshackle cabin shop by the driver to buy some tobacco. The time was about 11 PM and a 6 seater “For Hire” vehicle, perhaps never saw the car in the darkness, and rammed into it before turning turtle. There were heated arguments as the “For hire” vehicle owner and the 3 passengers demanded money from this engineer for damages caused. The engineer refused to pay and just left. About 200 meters ahead, the “For Hire” vehicle managed to stop engineer's car. He and his co-passengers, pulled the engineer out from the car and stabbed him. He fell down, bleeding heavily. His car driver, instead of helping him. Just ran away terribly scared. Meanwhile, two persons who were passing by, saw this guy lying injured and took him on their motorcycle to a nearby Hospital. However, they robbed him of his two cellphones and cash of Rs500 before dumping him outside the hospital.

I am not trying to analyze here the case; or who was the actual defaulter or anything of the sort, that is for the police investigators. My concern here is about the basic general tendency seen these days, to express any feeling of anger, in form of physical violence, on roads. This tendency along with extreme arrogance and disrespect for law, are making the roads in my home town, a dangerous place. 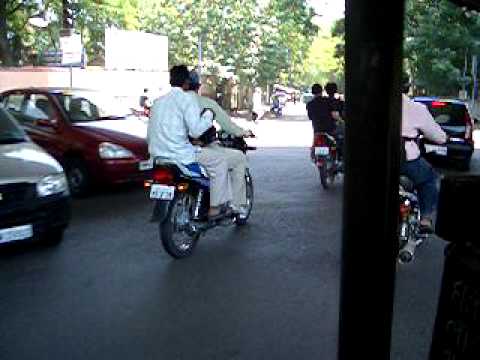 Few months back, I was trying to cross a busy one way street. As there are no pedestrian crossings provided anywhere, one needs to cross the road, when signal lights at a far off place turn red. While crossing the road, I was naturally looking at the far off signal, from where the traffic would start flowing in few seconds again. A person riding a motor cycle, suddenly came up to me from other side and jammed his brakes. I felt really very startled and humbly pointed to him that this was a one way street. He told me that he knows that, but the rules are not meant for him. He was so arrogant and so sure that police wouldn’t touch him that I thought it to be prudent to keep quiet and just continued crossing the road. I am quite sure that had I gone in an argument with him, he could have easily converted this argument in some form of physical violence easily.

The problem is that now almost every vehicle driver in Pune has purposefully given up his or her traffic or civic sense. There is a law of jungle here. Once on road, people drive with their animal instincts of survival and have stopped bothering about niceties and orderly behaviours. This fundamental change now often leads to road rage.

An incident happened recently, when an elderly man was trying to cross a side lane joining a busy thoroughfare. When he was patiently waiting on a curbside, a motor cycle rider sharply turned into the lane, speaking on his mobile, which was held up near his ear by pressing his head on one side on his shoulder. While turning, he suddenly spread left hand, making an animated gesture while talking he never noticed this elderly man standing on curbside. His outward spread hand hit the elderly man all of a sudden and made him loose his balance, he fell down hitting a tree trunk and broke rib bone and had to suffer a long illness in the bed. The motor cycle driver never even bothered to look back or take care of the old man and just speeded away. Poor elderly man had to suffer a long illness for no fault of his.

Driving a four-wheeler has become a nightmare in Pune as people do not seem to have patience while commuting. People do not follow lane discipline which often leads to minor accidents, sometimes turning into big fights. New induction of SUV's on the roads has created further congestion on the narrow roads. Even traffic police have become helpless bystanders, who mostly spend their time instead of controlling traffic, collecting fines from an odd fellow, who has broken the law. 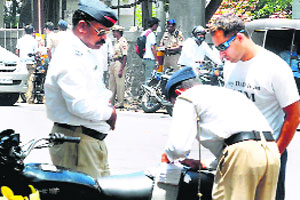 In Pune, usually nice and polite people, turn into wild animals, once they start driving on road and if they meet any obstruction or are resisted, they become angry wild animals with a road rage that could even kill.