A Profile in courage 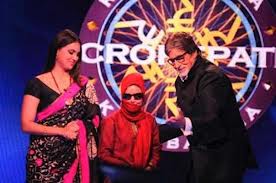 Nine years ago, Sonali Mukherjee was a normal 17 year old girl, energetic, enthusiastic and cheery: studying in a college in Dhanbad, India. But then something horrible happened to her in the darkness of one night. Three men broke into her home in the middle of the night as she slept and poured acid over her face simply because she spurned their sexual advances. The acid attack burnt her skin, melting away her eyelids, nose, mouth and ears and leaving her partly deaf and blind. 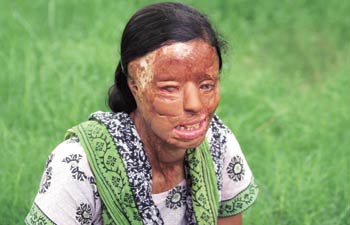 After she recovered from the attack, she was left with 70 percent burns and was severely disfigured. Next few years were full of pain, suffering, extreme agony and anguish as three attackers, who had attacked her, were out of jail just after serving 3 years of jail term. Sonali was confined to her home and was unable to venture out because of her disfigurement. The horrific attack not only took a physical toll on her, but also created a financial crisis for her family. She needed expensive surgical treatments, not only once or twice but many times more. Mukherjeee family sold its land, family jewelery to fund the treatment. After the young girl, endured 22 surgeries, the family ran out of all available finances and could not continue funding her treatment and expensive reconstructive surgery to lead a normal life. 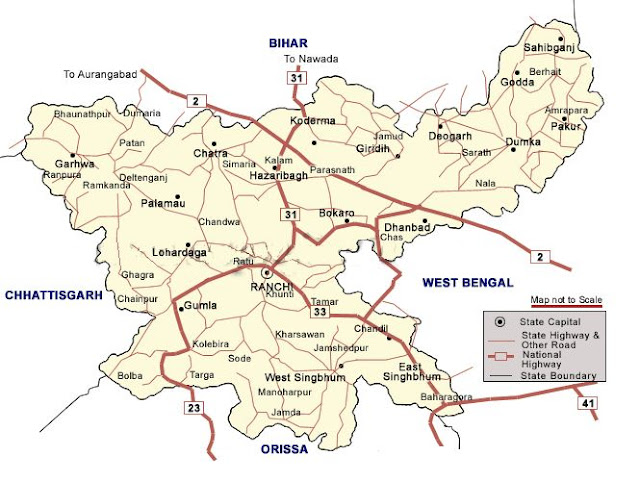 At this point of time, Sonali was at the lowest ebb of her enthusiasm for life. She says that she was living half a life with half a face and and felt utterly hopeless and helpless. She says that she didn't want to live anymore. The conditions for her treatment were very very difficult. In her despair, she wrote a letter to the Government appealing for either the funds to repair the damage to her, or for the right for her doctors to kill her, as euthanasia remains illegal in India.

When media broke her story, there was a tremendous mass support to her appeals. In the following weeks her story made national headlines and there was an outpouring of public support for her. Local charities and private hospitals came forward offering to fund the surgery she needed. But the turning point came, when Indian version of the TV show "Who Wants To Be A Millionaire," known in India as, "Kaun Banega Crorepati," invited this young woman to compete on the show. Sonali's appearance on the game show was part of a special event featuring contestants, who showed courage in the face of adversity and was named as “Doosra Mauka,” or Second Chance. Sonali herself explains this experience as; "Once everything else had failed, I decided to use my face,". "If you can stare at a picture of a pretty woman then you can look at my burnt face too." She decided to take up the challenge and appeared on the show hosted by none other than the super star Amitabh Bachchan. She made her appearance on the show, wearing sunglasses and with a red scarf wrapped round her head and partly covering her face. She was guided onto the stage by Bachchan and former Miss Universe Lara Dutta, and given a standing ovation by the audience. Not only she appeared on the show, but also Confidently answered questions on everything from botany and cooking to political history. As a result, the young woman won 2.5 million rupees ($45000) with her celebrity partner Lara Dutta. 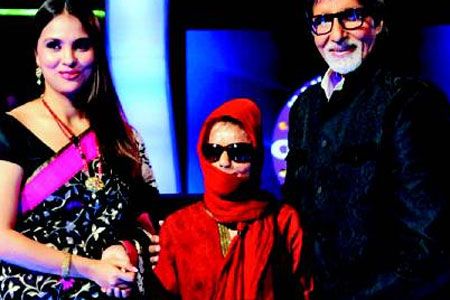 Sonali would naturally spend her winnings on further surgery, though she may not opt for cosmetic surgery. She wants to undergo balance 9 operations to make her eyes and ears functional. Apparently, she has much bigger plans in her mind. She says that this is not the end of her struggle. With her new-found celebrity status, she wants to speak out against acid violence, most common in countries such as Cambodia, Bangladesh, Pakistan, Afghanistan and India. She says that "I appeal to the government to ensure that these cases are not repeated, Make a separate law, which is not just on paper, but is followed." 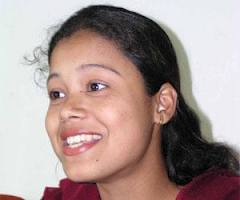 Would her smile return?

We all, must wish this courageous young woman, success in her struggle. I would like to salute her for her fortitude, steadfastness and courage. No acid attacks can deter this young lady. Only troubling part in this sordid saga is the release of those 3 attackers just after serving a jail term of 3 years. Anyone would agree that they must spend rest of their lifetimes rotting in the jail and repenting for spoiling the life of a girl.