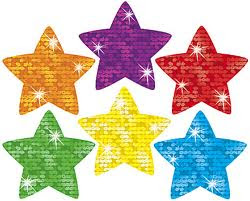 Just imagine that you are entering your house after a long day, where nothing has gone in your way. You are in a totally frustrated and irritable mood. After you enter your house and find that the TV is on and whatever programme that is running on it, is generating shrieks, screams and loud villainous laughter. I am sure that almost all of us would be in a mood or would like to grab the TV remote and either switch off the TV or change the channel at least. But then if you just raise your eye sight and actually see what is happening on the idiot box, in an instant there would be a transformation as if someone has moved his magic wand. All your frustration and irritability would have gone by now. You would pause, wherever you are or sit down keeping the TV remote down and your face is changed. You are actually smiling or even wildly laughing. In this kind of transfer scene, the chances are high that you are now watching the pair of real super stars chasing each other, whom you must have sen hundreds of time before and probably in the same show. Even then you get engrossed in the show as if you are seeing it for the first time.

I am sure that by now you must have guessed correctly by above description of the superstars, who are they? To tell you the truth, I always think that in the history of entertainment, these two guys are the only two real super stars who have entertained us and have brought laughter and happiness in our lives for more than 70 long years. I doubt if any one else can ever replace them on TV or silver screen. They have been here for last seventy years and probably would go on for any foreseeable future. Since they appeared on silver screen seventy decades before, they have been bringing joy, fun and laughter in the lives of everyone starting from a 2 year old baby to old folks, well over their nineties and hard of hearing or even with failing eye sight. In a way I can say that these guys are almost immortal. You must have guessed by now that I am writing about the two all time greats, Tom the cat and Jerry the mouse.

Tom and Jerry appeared on the silver screen for the first time in 1940. Two producers; William Hanna and Joseph Barbera, working for MGM studios in Hollywood, California, created these two cartoon characters. They were instant hits and became so popular that by 1959, their team had produced 114 cartoon films starring Tom and Jerry. After 1959, there were few films created in east Europe and also in Hollywood starring Tom and Jerry. By 2010, total 161 cartoon films were produced featuring these two guys.

Based on the subject of eternal fights between cat and mouse, these cartoon characters have individual personalities. Tom the cat, tries to defeat and catch Jerry the mouse with his larger strength and power, whereas Jerry, using his sharp brainpower, always manages to disrupt totally all the well laid plans set up by Tom to catch him. For their eternal fight they use any weapon starting from a stick to a field gun. In the course of the battle, they destroy the houses, dig open the roads or do almost anything. To beat the opponent they come out with most devilish schemes of great intrigue, which could easily win them a prize in a competition of being a top rated treacherous plot. Because of these wicked plots, all Tom and Jerry films show non stop violence. Many psychologists have objected to this violence. But I have never seen a child of whatever age, who has been afraid or scared after watching Tom and Jerry film. On the contrary, all children just relish and enjoy the violence of Tom and Jerry films. One of the reasons for this is that even a small child realizes easily that a Tom and Jerry film is a make believe world and has no connection with reality at all. So, they understand well that even the violence is phony and nothing to be afraid off.

There are few more characters seen in Tom & Jerry films. First is the lady owner of Tom. We only see her legs and shoes in the films. Tom is always scared of her and whenever she appears, expressions on Tom's face speak volumes. In many of the films she kicks out Tom out of her house as a result of Jerry's antics. Another Bulldog called Spice or Killer is seen in some films. This doggy is perhaps the ultimate standard of being Idiotic. He is naturally the great enemy of Tom and Tom is shown trying to cheat him in many films. Jerry always tries to use the doggy to get rid of his principal enemy; Jerry.

To create an overall impact on the audience, these films have loud sounds and and back ground music. But Tom and Jerry never are shown actually speaking to each other. I remember that in some of the films, famous songs are sometimes used as background. Even if Tom and Jerry fight to the finish throughout the film, they are shown smiling to each other at the beginning. When ever any common enemy appears on the screen, they form a team and finish him off. In one of the films a wounded Tom is shown receiving first aid from Jerry.

I saw these two guys, when 16 mm films shown on portable projectors making a whining sound was the standard cinematic equipment. Now we can easily procure a DVD and watch the same film in the comfort of our house. Most of the Kiddy channels show these films almost daily. But the media makes no difference. I have enjoyed these films equally on those portable projectors as much I do in large display TV screen of today. The films have retained their flavour even after so many years.

My grand daughter aged four loves watching Tom and Jerry while being fed. If the duo is running about, the lunch time is over without usual hassles. But its a fact that whenever Tom and Jerry make their appearance on the screen, steps of the grandparents automatically turn to the hall, where the show is on. Both of them manage to get a seat next to the grand daughter and then its laughter and only laughter for next 30 minutes.