The island that never was 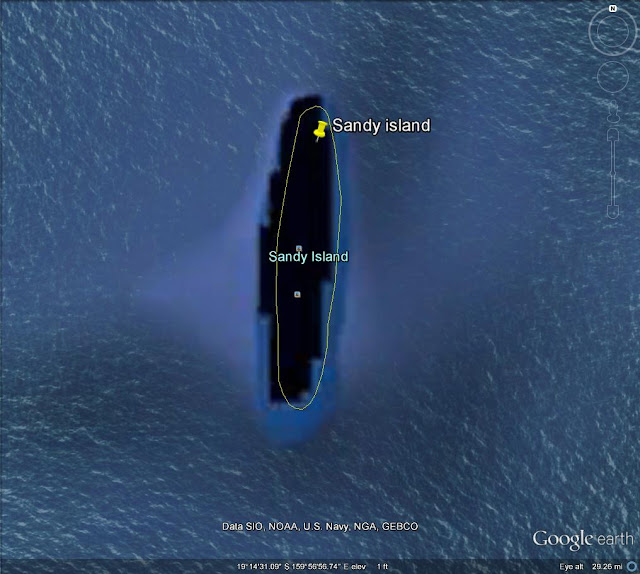 I always thought that the Google earth and maps was one of the greatest achievement of the modern times. I have spent hours on Google earth searching for some obscure landmass in the middle of a great ocean or some unknown scorching sand desert looking for signs of human habitations. There are hundreds or may be thousands of Google earth fans like me, who keep on searching the maps and have discovered a score of landmarks, long forgotten by mankind.

Yet, someone, somewhere, has managed to goof this great software, which I always thought was so perfect that if Google earth shows a feature on its maps, it must be there. Google earth shows a sizable, strip shaped South Pacific island, on Google Earth and Google Maps, positioned midway between Australia and French-governed New Caledonia. This island known as Sandy Island, also appears on marine charts and world maps. 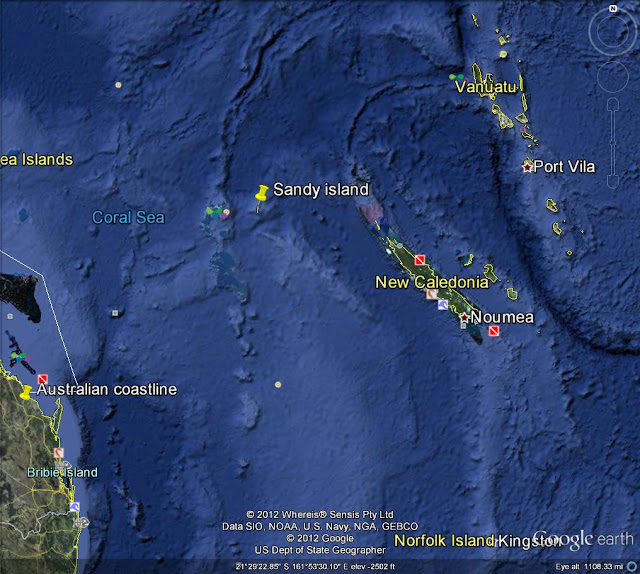 Recently a team of scientists from University of Sydney went to the area ,where this Sandy island is supposed to be. They found nothing but deep blue ocean of the Coral sea. Instead of finding land they discovered ocean water 1,400m (4,620ft) deep. Dr Maria Seton, from the University of Sydney, who was on this 25 day voyage on board of an Australian ship, says that the team was expecting land, not 1,400m (4,620ft) of deep ocean, They wanted to check the island because it showed on Google earth, but navigation charts on board showed a water depth of 1400 meters.

Australia's Hydrographic Service, which produces the country's nautical charts, says that appearance of the island on some scientific maps and Google Earth could just be the result of human error, repeated down the years. According to them some map makers intentionally include phantom streets to prevent copyright infringements, but it was never done with nautical charts as it would reduce he user confidence in the charts. 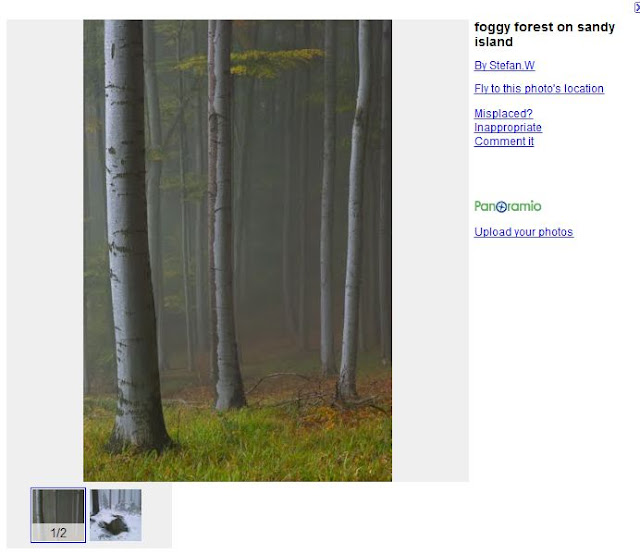 After reading all this, I decided to check Google earth my self. The island is right there on the maps at the location 19d14'70''S and 159d55'52.55''E and looks like dark black shadow. Surprisingly the chart shows the elevation as -1foot, which technically means that the island is submerged under water at a depth of just 1 foot of water in the middle of an ocean. Things get more bizarre as there are even two photographs placed there by a guy, who calls himself as Stefan W and even has a panoramio account. This Stefan Wallner guy appears to be a genuine and has even a proper web address. One of the photographs shows tall tree trunks and the other shows a forest under snow cover. Both photographs have been picked up from Stefan Wallner's web page. 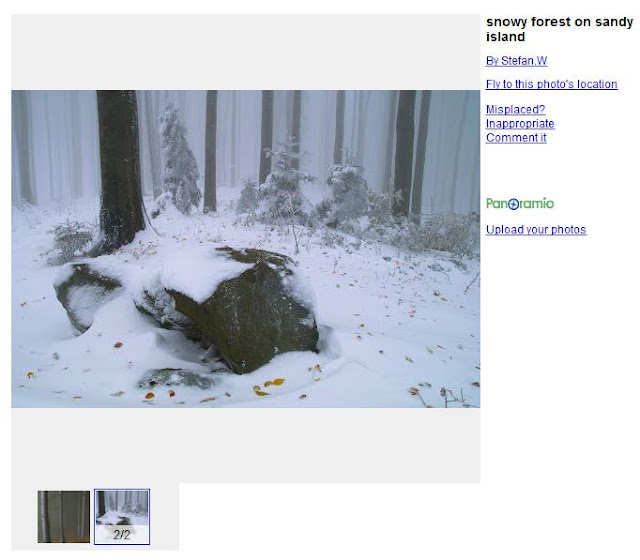 This particular Google image says that it is from US Geographical Survey, Data SIO NOAA US NAVY NGA GEBCO. (Whatever that means!)

It is becoming obvious that someone has managed to hack Google earth, and Stefan Wallner's web page also and is playing a big hoax using the name of Stefan Wallner. (Poor guy!) Strange stuff going on indeed! Poor scientists of University of Sydney, who fell prey to this hoaxer and tried to find the island that never was. See this island before Google earth removes it.

Email ThisBlogThis!Share to TwitterShare to FacebookShare to Pinterest
Labels: Google earth, island that never was, Sandy Island, University of Sydney