Is ASEAN unity an illusion? 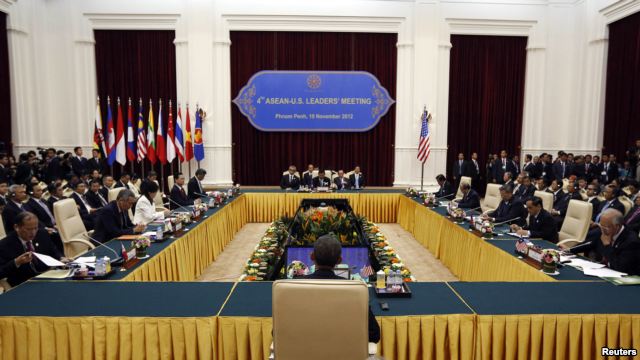 Association of Southeast Asian Nations or ASEAN is heading towards serious trouble. First signs of the brewing trouble came last July, when ASEAN foreign ministers’ meeting in Phnom Penh, ended for the first time in the bloc's 45 years history without issuing a joint communique. Serious differences have arisen amongst members about dealings with an increasingly assertive China, making sovereignty claims in South China Sea, over the stretch of water off its south coast and to the east of mainland Southeast Asia, also partly claimed by ASEAN members like Vietnam, Philippines, Brunei, Taiwan and Malaysia.

Yearly summit meeting of all nations that constitute ASEAN, commenced in Phnom Penh, Cambodia, on Sunday, 18th November 2012, under chairmanship of Cambodia, which has been using its powers as ASEAN chair this year, to limit discussion on the South China Sea. Next day, Cambodian Prime Minister Hun Sen said, while making concluding remarks in the meeting with Japanese Prime Minister Yoshihiko Noda, that all 10 members of ASEAN had agreed at a leaders’ summit on Sunday not to “internationalize” their disputes over rival claims to the South China Sea. This was immediately objected to by Philippine President Benigno Aquino, who abruptly raised his hand and tersely interjected. “There were several views expressed yesterday on ASEAN unity, which we did not realize would be translated into an ASEAN consensus.” 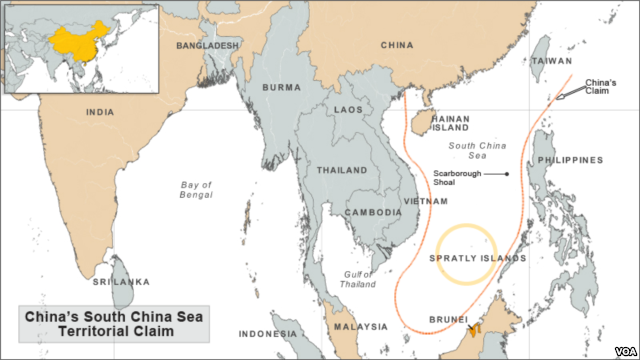 Later, a Cambodian foreign ministry official, Kao Kim Hourn, made an official statement “Southeast Asian leaders had decided that they will not internationalize the South China Sea from now on." A Philippine spokesman also clarified about President's statement saying "For the record, this was not our understanding." He further added that " The ASEAN route is not the only route for us. As a sovereign state, it is our right to defend our national interests." clearly referring to the help from US. This exchange of words brought out the disagreements between ASEAN Governments, who have sought to maintain a unified public presence preparing for this summit and avoid public bickering through the media following divisive foreign ministerial meetings in July.

Chinese have very effectively used Cambodia, a staunch China ally, to drive a wedge in ASEAN. Cambodia's apparent reward is a Chinese largesse to that country, which also includes a $100 million loan to set up Cambodia's largest cement plant, signed on the day Chinese premier Wen arrived in Cambodia. 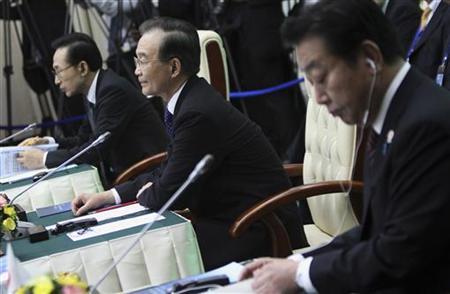 Meanwhile Japan, who also has a territorial dispute with China over some islands in South China Sea, also came out with the statement that says “Issue of the South China Sea, is of common concern for the international community, which would have direct impact on peace and stability of the Asia-Pacific." This view is also supported by US, which says that other countries beyond ASEAN and China also have a national interest in resolving the dispute.

ASEAN had appointed Thailand, as their official coordinator for discussions with China, which also appears to support US view. The core issue of the dispute between ASEAN nations and China is the presence of large estimated reserves of oil and gas. Estimates for proven and undiscovered oil reserves in the entire sea range from 28 billion to as high as 213 billion barrels of oil, according to U.S. Energy Information Administration. Thailand however tries to separate territorial claims from freedom of navigation in South China Sea, which is the concern of all countries.

ASEAN General Secretary Surin Pitsuwan says that ASEAN countries had agreed on Sunday to formally ask China to start talks on a Code of Conduct (CoC) in South China Sea aimed at easing the risk of naval flashpoints. Chinese say that they do not recall any such request received from Cambodian Prime Minister. On the contrary, they refer to the statement by him that ASEAN had reached a "common position" not to internationalize the issue.

The main problem for ASEAN to take any decision is their 45 year year old process of decision making based on consensus, which means that rejection of any one member, would prevent the group from making a decision. This is now, what is preventing the block to arrive at a decision on any issue, where there is a difference of opinions. An international relations expert from the Indonesia Defense University, Bantarto Bandoro, says that “It could be the end of ASEAN as we know it. There will be too many divided issues for them to get a consensus every time. Different positions toward South China Sea has proven it,” He says that ASEAN must take decisions by adopting a voting system. Only then, it can become a credible International organization and would be able to stand pressures from countries like China or US.

With Brunei now assuming mantle of Chairmanship for next one year, Chinese may not be able to influence ASEAN, as much as they did last year. However, ASEAN would have to find a way out of present situation to avoid a deep split up.