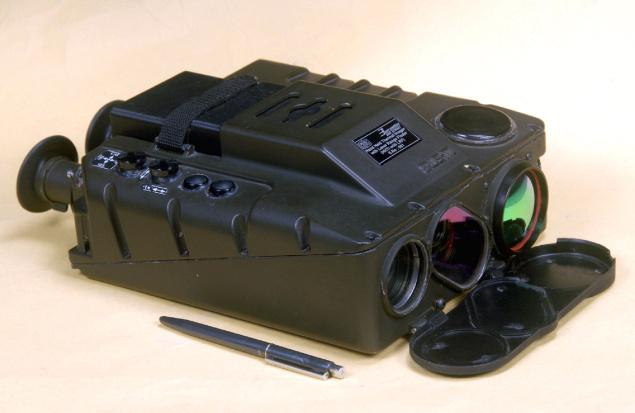 In the modern warfare it is no longer sufficient just to have a sharp shooter or a sniper to create a decisive swing in a battle. Many new devices have been evolved to aid the infantry soldier such as thermal imagers for night vision and GPS or Global positioning system to pin point the location of the target or a laser range finder. The new trend is now to equip a soldier with a a hand-held, lightweight, fully integrated multi-function system (IMFS), which allows the user to detect, recognize, identify and locate targets. Such a system enables the soldier to effectively carry out the surveillance and also engage the targets with speed.

Instruments Research and Development Establishment (IRDE), Dehra Dun, India. Is involved with design and development of state-of-the-art night vision devices and thermal imagers, compact laser-based instruments, integrated electro-optical surveillance and fire control systems. The Indian Army has now placed orders worth 7 Billion Rupees for a new Integrated Multi-function sight developed by them. This device or IMFS is actually a combination of several such devices amalgamated together. It consists of a thermal imager, a laser range-finder, colour charge-coupled-device (CCD) camera, a global positioning system (GPS) and a digital magnetic compass.


The laser range-finder computes the location or co-ordinates of a target by sending a laser beam to the target. The thermal imager gives the device a night-vision capability. The CCD camera is like a normal digital imaging camera to take such images of the targets. The GPS or Global positioning system enables the soldier to exactly locate the position of the target on a map. This device capable of performing multiple tasks just weighs 3.5 Kg and is about 300 mm long and can be easily carried.

Some of the application where this device can be used include, Infantry Fire Control, Target Detection and Recognition, Reconnaissance, Surveillance, Force Protection and Homeland Security.

This device shall certainly provide much sharper eyes to the soldiers.