In search of an Illusive peace 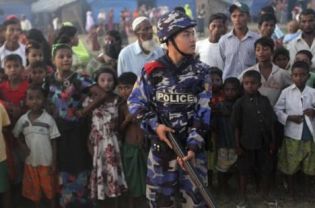 My mother's family was from Mumbai. So all my relatives from her side, were essentially full fledged 'Mumbaikars' having spent their entire life in this great Metropolis. Sometimes, when I was a kid , my uncles would tell me stories of sectarian clashes of pre-independence days between Hindu and Muslim populations. How these two communities had nothing but hatred for each other? How the city was divided on religious lines? And so on. After independence, many Muslim hard liners, left for Pakistan and even though the old tensions did resurface few times in subsequent years, the feelings of enmity and divisiveness slowly disappeared. 'Mumbaikars' slowly learned how to live with neighbours from different communities and religions

I am very much reminded of this unpleasant past in Mumbai's history, when I read about the news of further flare up in the new and troubled hot spot of Southeast Asia; Rakhine state of Myanmar. I have written earlier about the situation in this state, explaining at length the implications of this strife for India. Clashes first flared up in Sittwe, which is a capital city of state of Rakhine, in June 2012 after an alleged rape and murder of a Rakhine Buddhist woman. As many as 78 people were killed in that violence, 5,000 houses burnt, and more than 75,000 people displaced. In the second round of clashes flared up again in the last two weeks of October. President of Myanmar Mr. Thein Sein has himself announced recently that 89 people were killed, 136 injured, 5,351 houses burned, and more than 32,000 people displaced. 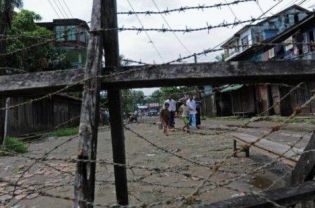 A deceptive peace has been established since and things look outwardly normal. Yet there is much tension simmering under the surface. The clashes took place between Buddhist inhabitants of the Rakhine and a Muslim community known as Rohingya, known in Rakhine as Bengali. Most of the displaced Rohingya Muslims are now located in squalid camps in one corner of Sittwe. Te Chaung camp, for example, is overflowing with people of all ages. The official count is 18,500, but it could be more. People arrived first at this camp in month of June 2012 when Rohingya homes in Nazir quarter in Sittwe were burnt down. In October 2012, a mob of 5000 people burnt down about 800 houses in the township of Kyaukphyu. The people fled from the township and arrived at this camp by boats after travelling for 20 hours. 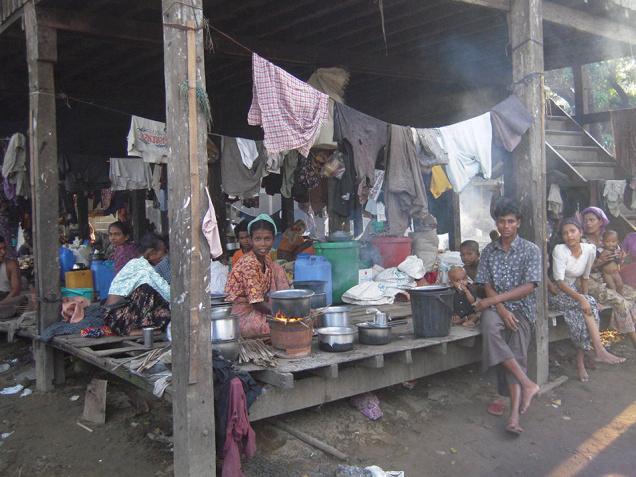 Located within Sittwe town, are also 4 camps such as Nazir camp, that house Rakhine Buddhists displaced in June riots. Things are comparatively better here. Each camp houses about 700-1,000 people. They live in shelters made of wood, bamboo mats and tin roofs. Each camp has a row of toilets. However inhabitants of these camps complain that almost all help is being given to Rohingya camps. 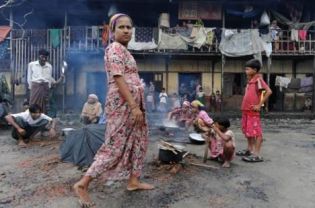 The Rakhine Buddhists and also the Government of Myanmar believe that Rohingya are citizens of Bangladesh. From their physical appearance they certainly look like their Bangladeshi neighbours. They speak a language that resembles Bengali, but a surprising number of people in the camp speak fluent Urdu also and say that they learned it from Bollywood films. Whatever may be origin of Rohingya, fact remains that they have been living in Rakhine for many generations.

United Nations and other organizations such as Médecins Sans Frontières and Action Against Hunger are trying to provide help, working with security provided by the government. But, unless the basic issue is solved, there are chances that such flare ups might happen in the future too.

Another casualty of this sectarian violence has been the The Association of Southeast Asian Nations or ASEAN, already battered by the split caused by China, which has managed to break the unity in ASEAN ranks in presenting a joint front to it, about South China Sea policy. Half the number of ASEAN countries, such as Malaysia and Indonesia have Muslim majority, whereas Cambodia, Myanmar and Vietnam are Buddhists. This is making it difficult for ASEAN to take any unified decision about this problem. 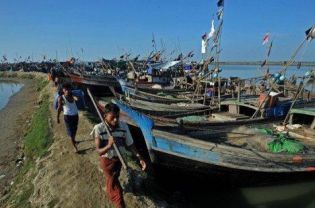 There are more than 8 Hundred Thousand Rohingya Muslims in Myanmar and the Government says that they are all illegal migrants from Bangladesh, which refuses to accept this theory and take them back. Unless a permanent political solution for Rohingya problem is not found quickly, a flow of Rohingya refugees might start towards India through Mizoram border, which is quite porous. This is worrisome because it may disturb the already delicate situation in Assam and other Northeastern states of India. There is also a possibility of an exodus towards Malaysia, as Bangladesh has started refusing the Rohingya refugees coming in on board of rickety boats. In Malaysia there are already more than 20,000 officially registered Rohingya Muslims.

Even the popular Myanmar leader, Nobel laureate Aung San Suu Kyi has declined to speak out on behalf of Rohingya Muslims and has insisted that she will not use “moral leadership” to back either side in deadly communal unrest in west Myanmar. She says that “Because if people are killing one another and setting fire to one another’s houses, how are we going to come to any kind of reasonable settlement?”

Unless the Rohingya problem is solved quickly, a search for peace in south east Asia is likely to be just illusive. There is a real chance that Sectarian bloodshed in Myanmar, could radicalize minority Rohingya Muslims there, à la Afghanistan and destabilize the whole of Southeast Asia.