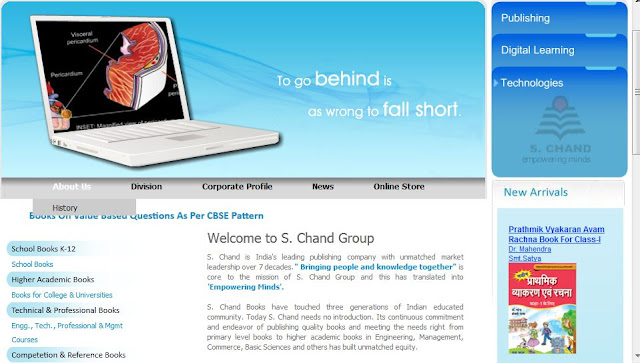 S. Chand & Co. are known as one of the major book publishers of north India. Their web site claims that they have unmatched market leadership over 7 decades and also say many more things about themselves on the web site, from which I quote:

“Bringing people and knowledge together" is core to the mission of S. Chand Group and this has translated into 'Empowering Minds'.

The only publishing house in India with in-house integrated publishing solution, being first Indian publishing company to the ISO 9001:2008 certified and with country's largest publishing distribution network of 24 locations across the country, S. Chand's books are available for all-everywhere.

S. Chand has been at the forefront of publishing exports out of India and S. Chand books are sold widely in South Asia, South-East Asia, Middle East and Africa across 21 countries.

Over the years S. Chand has lead publishing industry in the country and every year is recipient of National awards. ” Unquote:

One of their school level text books published by them is titled as “New Healthway.” This is supposed to be a book on hygiene and health, aimed at 11 and 12 year-old kids. This so called book about health, has produced such howlers and bloopers, that the only saner course of action left is to relocate this book to a trash can. 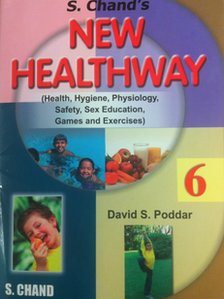 Here are some samples:

"The strongest argument that meat is not essential food is the fact that the Creator of this Universe did not include meat in the original diet for Adam and Eve. He gave them fruits, nuts and vegetables," reads a chapter entitled Do We Need Flesh Food?

"some of the characteristics" found among non-vegetarians, "They easily cheat, tell lies, forget promises, they are dishonest and tell bad words, steal, fight and turn to violence and commit sex crimes,"

Eskimos (Inuit) are "lazy, sluggish and short-lived", because they live on "a diet largely of meat".

"The Arabs who helped in constructing the Suez Canal lived on wheat and dates and were superior to the beef-fed Englishmen engaged in the same work."

Wow! Don't you think, this is real revolutionary thinking? The quotes, promoting vegetarianism, are likely to put to shame the best copy of Mumbai's glitzy advertisement agencies, trying to promote fairness creams and soaps. I particularly liked the great lines about Eskimos, date eating Arabs and beef fed Englishmen. HaHa!

Thank God! that not many schools have prescribed this book for their pupils. An educationist says that such books are like poison for children. The blame squarely lies on S.Chand &Co, the publishers, who allowed this rubbish to be published. Someone must has been very careless. Publishers of this book no doubt, would have to scrap this book and take care in the future, that such silly errors do not creep in their books again.