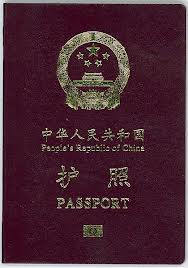 China is at it again. In one stroke, it has managed to antagonize again many of its neighbours, from India in the west to Philippines in the east. Starting from May 15, 2012, China's police departments started issuing a new passport called e-passport, which contains a microchip that stores digitized data of the bearer's fingerprint and signature. This is a good move no doubt because it improves the safety of the traveler and effectively prevents forgery.

However, many of China's neighbours like India, Vietnam and Philippines are furious about this new passport, because it has a watermark map of China in which Indian state of Arunachal Pradesh, Aksaichin area in Ladakh and various islands in South China Sea, including the Paracels and Spratlys are shown as as Chinese territory.

It is a calculated move to pin prick these countries only, because this map does not contain East China Sea islands administered by Japan, which calls them as Senkaku, and are being claimed by Beijing as Diaoyu islands. Japan acknowledges this fact as a Japanese foreign ministry official says, “We have confirmed that disputed islands in South China Sea appear in a map printed on new Chinese passports.” “On the other hand, Senkaku doesn’t. Therefore, we are not in a position to comment or complain.” 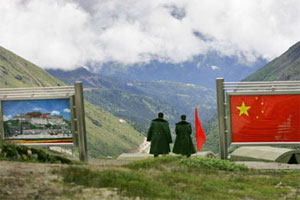 It is obvious that this Chinese move is intentional because this map is appearing only on the Chinese passports issued to normal citizens. This map does not appear on diplomatic or official passports.

Philippines claims part of the Spratly islands as their territory and responding to this prick from China, Philippine Foreign Secretary Albert del Rosario sent Beijing a formal protest letter, calling the maps “an excessive declaration of maritime space in violation of international law”. He says that, “The Philippines strongly protests the inclusion of the nine-dash lines in the e-Passport as such image covers an area that is clearly part of the Philippines’ territory and maritime domain,” Philippines foreign ministry spokesman Raul Hernandez has added: “If we allow that, then that would mean acquiescence to their claim of the whole of the South China Sea.”

Vietnamese foreign ministry spokesman Luong Thanh Nghi has told reporters that the Chinese documents amounted to a violation of Hanoi’s sovereignty and it had protested to the embassy. He says that Vienam Officials handed Chinese representatives “a diplomatic note opposing the move, asking China to abolish the wrongful contents printed in these electronic passports” 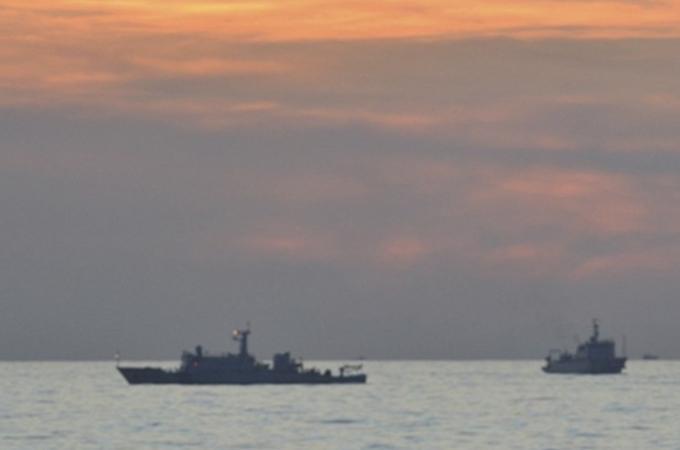 This new watermark map also shows Taiwan and entire South China Sea as Chinese territory. This has made other countries in South China sea, like Taiwan, Brunei and Malaysia also infuriated and all of them have protested to China.

Chinese have been trying these tricks in India for quite some time now. Some time back, Chinese started issuing stapled visas to residents of Jammu and Kashmir, terming it a “disputed territory” and had created a diplomatic row. This move was followed by denial of visas to those hailing from Arunachal Pradesh State.

Few weeks back, when India noticed this new watermark map on Chinese e-passports, it reacted strongly and told Chinese foreign ministry that this development is unacceptable. As expected, Chinese did nothing and responded with a general statement addressed to all the countries saying that the issue needed to be dealt with in a "level-headed and rational manner". A Chinese spokesman said that "Hope the countries regard it in a cool-headed manner. China would like to maintain communication with other counties to ensure convenience of travel for both Chinese and foreigners."

India has however not kept quiet and has responded by starting to imprint India's map with Aksaichin and Arunachal Pradesh shown as parts of India, on all Chinese passports received by the Indian embassy for issue of Indian visas from Chinese nationals, effectively nullifying the Chinese one-upmanship.

Indian Government reiterated to Indian Parliament this week that “ China continues to be in illegal occupation of approximately 38,000 sq km area in Jammu & Kashmir state of India. In addition, China also holds under the so-called 'Sino-Pakistan Boundary Agreement of 1963', 5,180 sq km of Indian territory in Pakistan Occupied Kashmir ceded by Pakistan to China,"

It is very difficult to predict or analyze these subtle pin pricks by China. Probably Chinese think it as a game or a move. It may be a good idea for other small nations to follow India's example and start printing their versions of maps along with their visas on Chinese passports instead of just sending protesting notes.