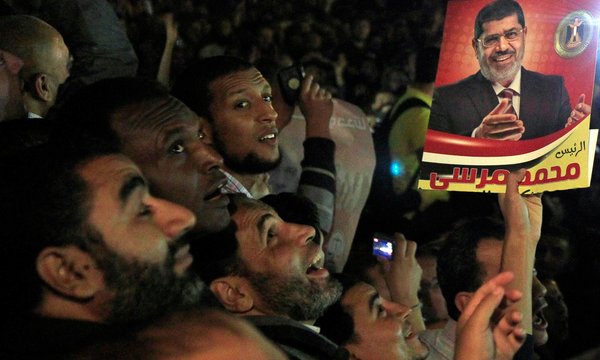 One of the first Idioms that I had learned during my school days was “ one swallow doesn't make a summer,” which is a nice way of saying that early signs are sometimes misleading. I am very much reminded of this saying, after reading the latest news about Egypt, where new democratically elected Islamist president Morsi, has unilaterally decreed greater authorities for himself. With this decree, he has effectively neutralized a judiciary system that was emerging as a real challenge for him. The supposed objective of this decree, surprisingly is cleansing state institutions and destroying the infrastructure of the old regime of Hosni Mubarak(?).

Nobel laureate and former UN atomic energy agency chief El Baradei has reacted sharply to this new development. He says, "Morsi today usurped all state powers and appointed himself Egypt's new pharaoh. A major blow to the revolution that could have dire consequences." There have been many other sharp reactions. The head of the influential Judge's Club, Ahmed al-Zind, announced that the judges would hold an emergency meeting on Saturday to decide on their next step, promising actions. one judge at Egypt's State Council says, "As a judge, I feel paralysed. " Sameh Ashour, head of the Lawyers syndicate says, "This is a coup against legitimacy... We are calling on all Egyptians to protest in all of Egypt's squares on Friday.” Opposition forces denounced the presidential declaration as a "coup" and called for nationwide protests on Friday. However a presidential spokesman Yasser Ali clarifies that "The president can issue any decision or measure to protect the revolution, "The constitutional declarations, decisions and laws issued by the president are final and not subject to appeal."

The two year old uprising in Egypt, known as Arab spring, was essentially against the tyrannical rule of military dictator Hosni Mubarak and gave rise to a pro-democracy movement that toppled the long-time dictator. An interim Government formed by the military, unwilling to give up power, finally bowed to people's wishes and conducted general elections, in which Morsi's conservative Islamist party “ Muslim Brotherhood” won and elected him as new president of Egypt.

Just last week, president Morsi had brokered a peace deal between Israel and Gaza's Hamas rulers and had received lavish praise from American president and Secretary of State. But within days he has come out with a nasty decree that says that all decisions he has made since taking office in June and until a new constitution is adopted and a new parliament is elected cannot be appealed in court or by any other authority. The courts are also barred from dissolving the assembly writing the new constitution. 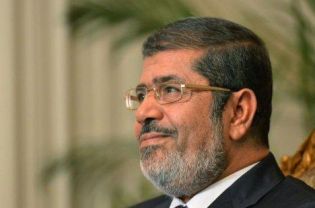 With this development, it sadly becomes clear, that all talk of Arab spring, were just hyped wishes of western media and in reality we are back to winter of Muslim theocratic oppression with just a change of the ruler.

This chain of events from Egypt, highlights the dangers and perils that a society would face, when embarking on a path of democratic rule. Due to great foresight of the founding fathers of the Indian constitution, Indian democracy was put on solid foundation. Yet there was an attempt to impose autocratic dynastic rule with imposition of emergency in 1975. Fortunately, the very same constitution, saved India from the dynastic rule then.

President Morsi obviously does not believe in democracy. The Director in charge of Egypt at Human Rights Watch, Mr Heba Morayef, has commented that "What's fundamentally problematic and threatens both the rule of law and overall democratic checks and balances is his decision to give his decrees immunity from the judiciary until the constitution is passed."

After the presidential decree, hundreds of demonstrators held a day of protests near “Arab spring famed” Tahrir Square, against Morsi and the Brotherhood. To counter this, Brotherhood supporters are massing outside the Supreme Court building and offices of the prosecutor general to support President Morsi.

An icon of the anti-Mubarak uprising, Wael Ghonim, rejects president's decree and says that president could have protected the revolution without concentrating so much power in his hands. He rightly adds "The revolution was not staged in search for a benign dictator, there is a difference between revolutionary decisions and dictatorial decisions. God is the only one whose decisions are not questioned."

The world has to watch in coming days, the way Egypt goes, in future. Would it follow the often trodden path of many dictators of the world, ultimately leading to their obliteration or Arab spring green shoots emerge again. But as on today, it appears that the one swallow that showed up, did not make the summer.