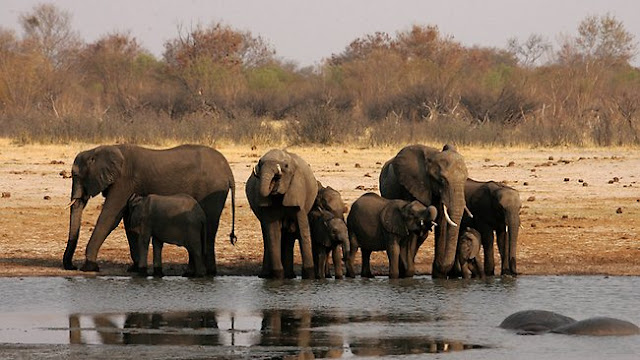 Zimbabwe is a landlocked country located in Southern Africa, between the Zambezi and Limpopo rivers. It is bordered by South Africa to the south, Botswana to the southwest, Zambia to the northwest and Mozambique to the east.

Eastern Zimbabwe is mostly mountainous but about 20% of the nation consists of wide open rural areas. Victoria Falls, one of the world's biggest and most spectacular waterfalls, is located in the country's northwest as part of the Zambezi river. The country has a moderated tropical climate with a rainy season usually from late October to March. Because of the geography of the region, Zimbabwe is mostly savanna except for the east where moist and mountainous environment supports tropical evergreen and hardwood forests. More than 350 species of mammals can be found in Zimbabwe including the "Big Five:" elephant, lion, leopard, buffalo and the endangered rhinoceros. 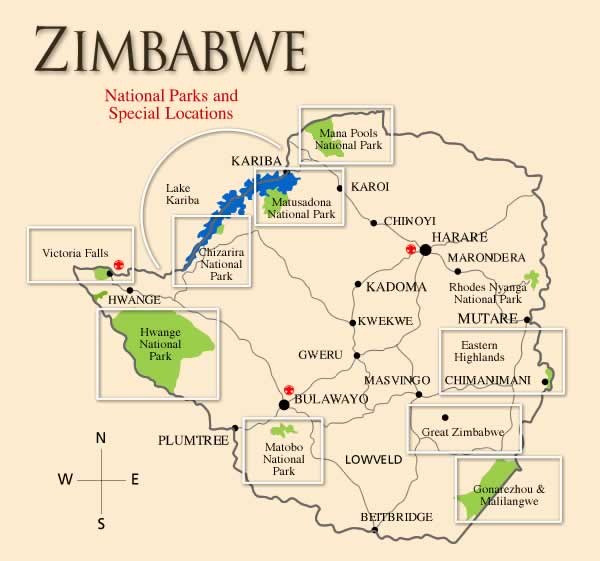 Hwange National Park (formerly Wankie Game Reserve) is the largest game reserve in Zimbabwe. This park located on the main road between Zimbabwe's second largest city Bulawayo and the famous Victoria Falls. This park established in 1949 is 14,600-square Kilometers game reserve noted for its big five animals: elephant, lion, leopard, buffalo and the endangered rhinoceros. The reserve is now home to between 35,000 to 40,000 elephants. According to park officials this number is twice its capacity. 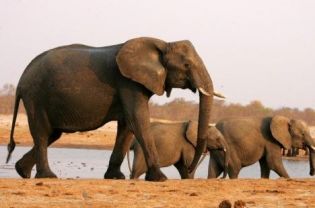 This elephant population explosion has created a much higher demand for water in the park. To satisfy the thirst of the booming elephant population, wildlife authorities of Zimbabwe have now installed 45 numbers of diesel engine operated pumps to pump water from boreholes at various points in the game reserve to fill the water holes located in the deep interiors of the game reserve. These pumps run continuously to ensure a steady supply of water for animals in the arid Hwange National Park. Each of these pumps is consuming about 200 liters of diesel every week since June 2012, just to ensure that the animals can get enough drinking water. The pumps would have to run till November, when the rains would arrive. An ecologist with the Zimbabwe ational Parks and Wildlife Authority, says that "The elephants drink close to 90 percent of all the water [pumped] here." He has also noted something very interesting, which throws light on the intelligence of these giant animals. He says "I think elephants now know that when they hear an engine running, chances are that there is water close by." 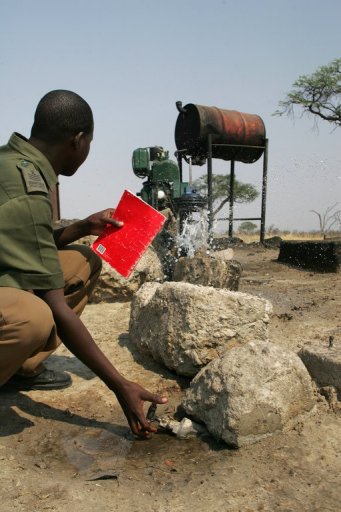 This plan of providing water for the animals in the park, appears to have produced desired results, as number of elephant deaths due to extreme heat and lack of water has gone down to 17 from last year's 77. Many environmentalists however do not agree with this artificial watering policy. They feel that the nature should be allowed to take its own course, which would also control the elephant population to a number best suited to the capacity of the park. 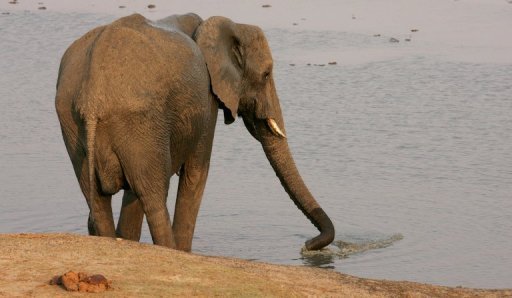 The boom in elephant population has created a bad impact on the foliage in the game reserve. Vegetation has been affected negatively The trees are not growing as fast as they should. They are producing less number of seeds. Since elephants strip tree barks and dig roots for food, the quality of forage (Plant leaves and stems) has gone down. According to the ecologists, the entire ecological system of African Savanna depends upon a delicate balancing between number of tall trees and the grasslands. If there are more grasslands and less number of tall trees, many small animals and insects who live in the trees risk extinction.

In spite of what ecologists feel, there is a very little chance of booming elephant population going sown in near future. Zimbabwe's economy needs tourism to grow rapidly in the country. During political turmoil of last few decades, tourists mostly shunned the country over the years. They have however started returning slowly and for the tourists, Zimbabwe's elephants remains the main attraction. Any idea of culling the animals to maintain ecological balance in the savanna is a non starter.

Wildlife authorities are now looking for methods that would bring down teeming population of elephants to reasonable level without culling as a option.