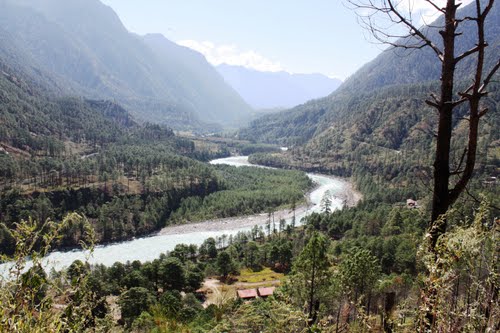 The war, which began on 12th of October 1962, in the Kameng sector of NEFA or Arunachal Pradesh, ended on 19th November with Chinese forces capturing Bomdi La. In this very period, fighting had also erupted in other sectors of Arunachal Pradesh. Lohit sector is the easternmost sector of Arunachal Pradesh, bordering with Myanmar. This sector, with Lohit river flowing from north to south, is formed of the river basin and adjoining hilly regions. From Geographical considerations, it can be said that to enter Arunachal Pradesh from Tibet side is much easier in this sector. (From Lohit River basin). Because of this reason, there were number of army outposts on both banks of Lohit river, which could give cover to each other and were well stocked. Walong village is located to east of Lohit river nearer to the Tri- junction point on the borders of India, Myanmar and Tibet. Walong village and Kibithu villages had important army posts. However, as elsewhere else, there was no motorable road between Assam and Kibithu village. All ordnance and other provisions were supplied to Lohit division outposts by para dropping from air. 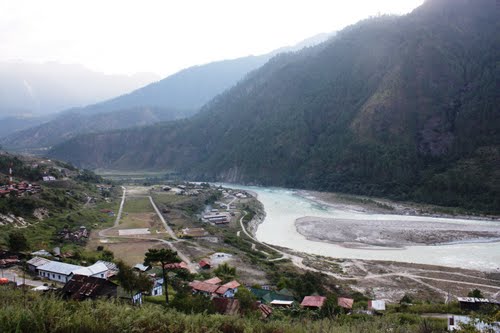 The account of the battles fought in Lohit river basin, clearly shows a major difference between strategy adopted by unit commanders here as compared to Tawang sector. The war was fought here as per a plan. The sector was well defended by the army posts, which could give covering fire to each other with the result that War in Walong sector turned out to be a bad dream for Chinese, whose losses were at least five times more than Indian losses. During the period 18th October to 25th October, Chinese forces, one division strong (about 15000 men), attacked the positions held by 6th Kumaon Rifles units of Indian army here. The positions here were so well defended that Chinese were not able to capture even an inch of land and had to suffer actually number of counter attacks by Indian forces.

The entire eastern front was quiet during the period from 25th October to 13th November as Chinese were consolidating their gains. In the Indian camp in the Lohit sector also, chaos and confusion did prevail, like Kameng sector, but to much lesser extent. Troops numbering about 300, newly arrived, but before they could be assigned to any post, were shifted back somewhere else. The chaos remained limited mainly because of the smaller number of troops. All initial attacks after 13th November were effectively repulsed. Finally when Chinese started attacks on Indian posts with involvement of 4000 troops, Indian defenders were forced to retreat on orders. In the over all confusion, some of the posts never received retreat orders. Troops posted there fought till the end or were captured. Sepoy Keval Singh received posthumously the highest gallantry award “ Maha Veer Chakra” along with other 10 men and officers who received “Veer Chakra” gallantry awards. On 16th November, Maj.Gen. B.M.Kaul ordered the army positioned in Lohit sector, to fall back and Chinese captured entire Lohit river basin after that. Surprisingly, just two days before the retreat order, Indian forces had launched their first major counter attack on Chinese forces. There should bot be any doubt that Indian troops gave a befitting reply to Chinese near Walong in Lohit river basin.
As mentioned by me earlier, in Subansiri sector, Chinese had gone on an offensive at Longju, since August 1962 itself. The Indian troops positioned in this sector kept on receiving contradicting orders and were ordered to fall back even without a fight. At many posts in this sector, Indian troops were ordered to retreat even before a bullet was fired and when Chinese were just re grouping and later again ordered to position themselves in the same bunkers, when new orders were received. In such chaotic situation, Chinese troops captured most of the frontier positions of Indian troops even without firing a single bullet or fighting.

When Chinese announced unilateral cease fire on 21st November, Chinese forces had made huge inroads in all sectors of Arunachal Pradesh. Considering from any possible angle or way, the positions of both armies on 21st November were such that it was impossible to deny the fact that Chinese army had inflicted a huge and devastating defeat on the Indian army. In first week of December, Chinese announced that their army would fall back 20 Km behind line of actual control and the war was practically over.

It can not be denied that this 31 day war between China and India, has made a deep impacting scar on Indian minds and psyche. Some political commentators have tried to hide the real impact by saying that for Indian population this was a sad and depressing surprise. Nothing can be far from the truth. This war proved to Indian people that Government propaganda in Nehru era, regarding 2000 year friendship between China and India was completely false and did not have even an iota of truth in it. The war made Indians aware, about war mongering of the Mao regime in China and the realization that in future, India would have to watch every Chinese move with suspicion and caution and then react to it on merits of the case.

For prime minister Jawaharlal Nehru, this war was a greatest betrayal by a friend, whom he had held in great esteem. He never really recovered from the shock and within 2 years died.

This war was not all bad things for India. Many good things also came out of it for the country. As I have mentioned in my series of articles on war in Ladakh, this war made India forget the dreamy notions like Non Alignment and “Panchshil” and was forced to realize the Real Politic that controls international relations in the real world. The Government of India realized the great blunder that it had perpetuated for last 14 years in neglecting the Indian armed forces. In the later years, armed forces were again provided with requisite strength, funds and the forces regained their importance.

Lastly, before I close this long series of articles, let us try to reason, why did China enter this war? Many military experts and strategists have tried to give answers or explanations of this puzzle. The reasons given, extend from teaching a lesson to India to internal strife in that country. When China started this war, they had already captured and were controlling the region of Aksaichin, which they wanted for building Xinjiang-Tibet road. It therefore becomes difficult to understand the logic and rationale of Chinese in starting this war. When they had the land in their hands already, why did they start such a war and allowed thousands of their own countrymen to die for no apparent reason or advantage as in any case, Chinese forces went back to their original positions after the war.
I recently read about a new way of reasoning for this war and Chinese rationale for it. Mr. Bruce. A . Elleman is an associate professor at Center for Naval Warfare studies in Naval War college of Texas Christian University in USA. In his book, Modern Chinese Warfare 1795-1989, Mr. Elleman , puts forth his thinking about a possible Chinese rationale for this war.

According to Mr. Elleman, after the Korean war of 1951, wherein, China and Soviet Union were actively collaborating with each other, their ideological differences started widening regarding who should assume the role of leadership of socialist nations of this world. Elleman says that Chinese started and fought 1962 war with India, 1969 war with Soviet union and 1979 war with Vietnam to show to the socialist world, that China is the real big daddy of the socialist world and Soviet Union is not trust worthy friend at all. Since Soviet Union was a close friend of India and Vietnam, Chinese wanted to prove to them and other socialist nations that friendship with Soviet Union would serve no purpose in hour of need. Even though China won the war with India, it was badly beaten in Vietnam war, which has a striking similarity with 1962 war with India.

Whatever may be the real Chinese Rationale, 1962 war made India understand fully what Winston Churchill meant in his famous quote. “A nation has no permanent enemies and no permanent friends, only permanent interests.” In 1962, India was a young and idealistic nation with false ideas about the international affairs. 1962 war made India mature and come off age. There is no doubt about that.

At the end I would like to pose the same question to readers, which I did ask earlier. Who actually defeated Indian army in 1962? Was it the Chinese? or someone else? I have no answer. It is up to the readers to find it.