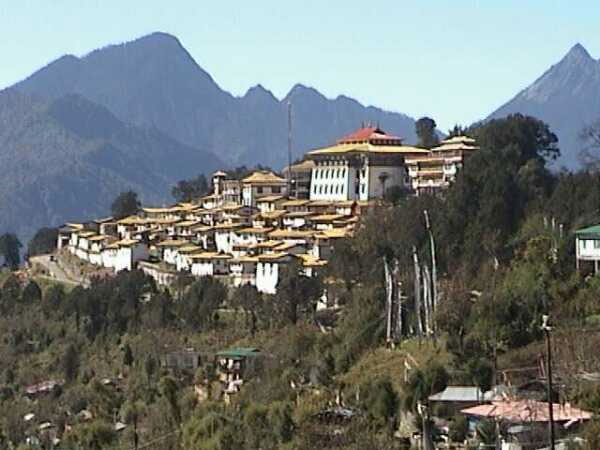 In the previous series of articles, we saw the background and reasons of the total and extensive defeat in East Ladakh, inflicted on India by Chinese in 1962. Actually, this war was fought on two fronts, which were physically separated by thousands of miles. Besides Ladakh, another important front, where this war was also fought, was opened in Arunachal Pradesh, located in North East corner of India. In east Ladakh, China and India had a dispute regarding territory of Aksaichin and the war there, was mainly fought over that issue. As against that, except for a very minor dispute regarding few border posts, there was no such standing dispute existing in Arunachal Pradesh (It was known as Northeast frontier agency or NEFA then.) at that time. Any student of history would realize even after a brief study, that China had raised this dispute in Arunachal Pradesh, so that when eventual negotiations would open about Aksaichin in east Ladakh, it would appear to observers, that China was ready for give and take. The steps taken by China in this regard, were planned and executed very carefully. Let us first consider certain political developments that took place before the war.

We saw earlier that the border between Tibet and India was demarcated in a tripartite meeting between representatives of British India, Tibet and China in 1914 held in Shimla. The border in NEFA or Arunachal Pradesh was finalized later, when a British officer, Captain Bailey had carried out an extensive survey of the region. A map showing this border line on a map was later attached to the draft of the treaty. This line became known after the name of the British representative who had participated in the meeting, as McMahon line. A special feature of this line was that for 95% of the region, this line followed a clear line of geographical features such as tops of mountain ranges. This line begins in the east from the 15283 feet high Hkakabo Razi mountain peak known as on the Tri-junction point of the borders of India, Tibet and Myanmar, about 18 Km north of the Diphu pass. From here it crosses the Lohit river basin and follows the mountain peaks along Gangri- Karpo pass- Yongqyap pass- Tunga pass to Bum pass north of the town of Tawang in the west. From here it goes along Zanglung ridge and ThagLa Ridge to meet another Tri Junction point on borders of Tibet, India and Bhutan. Even when we take a look on this border on a map, it becomes immediately clear that this is a natural geographical frontier between two countries.

Majority areas in this region are unreachable and impassable with high peaks of towering heights to 5000 Meters, deep valleys, thick forests and heavy uncontrolled torrential rivers. The monsoon rains in this region are bountiful, providing continuous water supply to rivers. In addition this heavy rain converts the plains into swamps. During monsoons, even commuting becomes difficult in this region. No person perhaps could even imagine, that a country would ever create border disputes with neighbours in such kind of terrain.

After establishing their power over complete China in 1949, Mao and other Chinese leaders started creating border and other disputes with almost all of Chinese major neighbours. Korean War, Sino-USSR war, border war with India and then war with Vietnam are few examples of this strategy. In autocratically ruled countries, not much importance is given to lives of ordinary citizens or soldiers and they are expandable, when state policy demands so. Chinese leadership under Mao, perhaps never bothered about the manpower losses of the PLA, as long as it served their purpose.

The relations between India and China, appeared to be cordial and friendly till year 1954. Indian Government under Jawaharlal Nehru considered China as a great friend and helped it getting admission into United nations. Nehru and China's premier signed on five principles of peaceful existence known as Panchsheel in this period. Many people think that Nehru did this to brighten his international image. In 1950, PLA invaded Tibet and annexed it. Dalai Lama of Tibet had then made a request for Military assistance to India. Even US and England were more than willing to provide Military help to India, if India was willing to assist Dalai Lama. If India would have accepted this request and gone into Tibet, the scenario over entire Chinese borders would have been totally different today. Unfortunately not only India refused to help Dalai Lama, it also agreed in 1954 that Tibet was a part of China without any quid pro quo. Many historians consider this as one of the disastrous mistakes of the Indian Government for which history would never forgive Nehru. The repercussions of this grave error started showing within next 4 years. In 1954 itself Chinese declared areas near Barahoti as belonging to them. In 1956, China invaded border regions near Tunjun La and Shipki La. In 1958, China started construction of road through Aksaichin region belonging to India and showed in a map published that year, a huge part of Indian territory as belonging to China. The crowning act came in November 1958, when Chinese Government informed India that it does not agree with any border agreements drawn previously and entire Sino-Indian border should be demarcated again.

On 31 March 1959, Tibet's Dalai Lama asked for Political Asylum in India and Indian Government granted it. Within 6 months, Chinese Government unexpectedly declared that they no longer accept the McMahon line between Tibet and NEFA or Arunachal Pradesh as the official border and announced that entire NEFA region belongs to China. This peaceful border suddenly became a disputed one and the border guards of ITBP now faced a major challenge about defending this border.

For many years before this, Chinese army or PLA had been fighting wars somewhere or other. From 1950 to 1951, they had fought in Korea. After this, came the invasion of Tibet. This had made them battle hardened and ready. Chinese armed forces were substantially modernized in this decade with newer and better arms, vehicles and fighter aircraft with the help of Soviet Union. After digging out border disputes with India, Chinese leadership started preparing for inevitable war. New motorable roads or at least such ones by which mules can be taken loaded with ordnance or supplies for soldiers were built by China over entire Tibet-India border. New Depots were created to stock supplies for army. Soldiers were provided with automatic rifles and warm clothing and other equipments for the harsh winter months. As Chinese incurred in further minor skirmishes on the border, the strength of Chinese soldiers was increased. By 1962, there were 18 Battalions (18000 to 20000 fighting men) on NEFA or Arunachal Pradesh border.

India obviously was in the knowledge of these Chinese intentions and actions. Since 1952 the chief of Intelligence,for Indian Government Mr. Malik, was cautioning and warning Government of India on almost continuous basis. Unfortunately Nehru never believed that China would actually invade India on large scale and he was always confident that his peace strategy would be effective. ( It has now come to light from the correspondence that India's then Home minister, Sardar Vallabhbhai Patel, had been warning Nehru about real Chinese intentions since 1950. Prime minister Nehru apparently preferred to neglect home minister's cautions.) Nehru had appointed in those tumultuous years, an ex bureaucrat, famous for his flaring rage as well as strange and cranky behaviour, Mr. Krishna Menon, as his defense minister. He earnestly believed in local production of arms and ordnance. Credit must be given to him for starting ,many ordnance factories all over India. However, he was a very obstinate person to get along and never really bothered to listen to point of view of others. Because of this reason, Indian army chief, General Thimayya had quit from his post.

It is a bitter truth that Nehru believed that he would be able to solve all international disputes on the strength of his international image as a world leader. Because of this peace doctrine, Indian armed were forces were a neglected lot in the 1950's decade with political leadership turning cold shoulders towards them. There are many example of this, like Army personnel defending the border, not being provided with essential warm clothing for harsh winters or continuing widespread use of 0.303 bore single bolt action Enfield rifles of WW II vintage, when everyone else had shifted to automatic recoil less rifles. Besides this, army was not even provided with suitable vehicles for rapid movement in hilly border areas.
In 1962, after General Thimayya's resignation, General Thapar was made chief of army staff. Eastern command(Which also had jurisdiction over NEFA or Arunachal Pradesh) was led by Lt. Gen L.P. Sen and assisted by Maj.Gen. B.M. Kaul, Maj. Gen. Umrao Singh, Maj. Gen Niranjan Prasad and Brigadier Dalvi, who reported to him. Maj.Gen. B.M. Kaul was comparatively an inexperienced officer, having been promoted out of turn, because of some unknown reasons.

We have already seen above, the geographical situation in NEFA, where a new border dispute was now created by China. This entire region was divided into five parallel districts known as Kameng, Subansiri, Siang, Tyuting and Lohit divisions. For each of these divisions, the geography was similar and included high Himalaya ranges to north, rivers originating there and flowing south and dense jungles and forests in the foothills and valleys towards the south. Tawang was the biggest town in Kameng division. In the eastern division of Lohit, there were tow townships at Kibithu and Walong. Unfortunately no proper roads existed between rail heads in Assam in the south to these towns. Motorable roads existed to certain distance. There were only mule tracks beyond that and in the far north, there were only foot tracks or ways for the men. This was a generalized scene over entire NEFA.