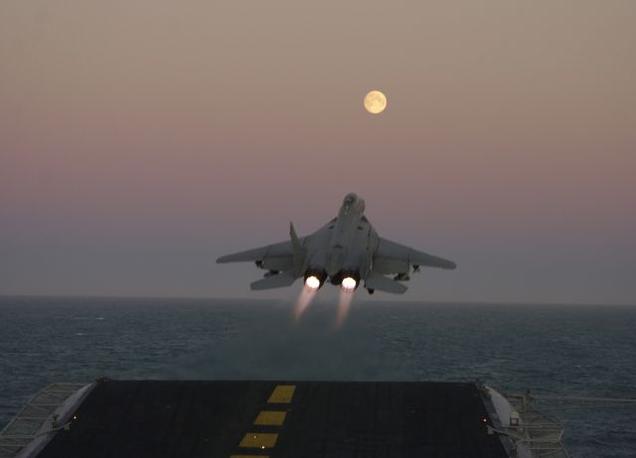 Just 2 days back, India's print media had reported that sea trials of India's new aircraft carrier, purchased from Russia, were not satisfactory. There were reports of ship's boilers malfunctioning and some other gear on board like nitrogen generators, refrigerators and boilers found defective. The reports of unsatisfactory sea trials is a huge embarrassment for the Russians, as the delay in commissioning the ship had reached to the level of the Russian president and he had intervened personally to get the much delayed project back on rails. The delivery of the ship has been delayed by more than four years and the refurbishment costs of this once partly burnt ship, even though received as a free gift to India as a goodwill gesture, has almost doubled.

For the Indians, this news was a huge disappointment as INS Vikramaditya (as the ship is now known) is a huge aircraft carrier capable of operating most modern aircraft. With only few years left for aging INS Virat: India's only operational aircraft carrier, this ship is badly needed in the Indian fleet. The reports mentioned about a further delay in handing over the ship of about six months. It was also feared that the Flight trials or landing of fighter aircraft on the ship’s deck, which had started late would have to be suspended later this month due to the onset of near-Arctic conditions in the Russian north. The trials could be resumed only when weather improves around March next year. It is now reported that someone, somewhere had goofed and the fact is that the sea trials have been actually very successful. Though news about the delay in the date of arrival of the ship to India is unfortunately true. The real reasons for this delay are not the defects in the ship but rather the harsh arctic winter of Russia's north.

The ship returned to the “Sevmash” shipyard in Russia a week ago after the trials. Indian Navy’s overseeing team, who closely monitored the sea trials, has actually came to the conclusion that the ship had overall done extremely well and the programme of tests had been largely fulfilled. A protocol was signed this week by Vice Admiral Nadella Niranjan Kumar, Controller Warship Production and Acquisition (CWPA), which analysed the results of the trial and detailed the remaining work. As per observations made by India team;

The main conclusion from the trials is that the INS Vikramaditya has stood the test as a full-fledged highly capable aircraft carrier The ship displayed excellent seaworthiness and manoeuvrability and performed flawlessly during aircraft takeoff and landing. It’s sophisticated radio-electronic, navigation and other systems demonstrated high efficiency and reliability. Indian Navy officers were particularly impressed by the flight programme. A MiG-29K and a MiG-29KUB 4++ generation fighters performed 41 impeccable take-offs and landings with full arms payload and additional fuel tanks. The combination of Russia and India-made optical and electronic landing systems enabled the Russian pilots in 70 percent of the landings to hook the second out of three arrestor wires, which is considered a perfect result. The 44000-ton vessel also displayed superior maneuverability, performing a 360-degree turn at a minimum radius equal to one-and-a-half hull length at a speed of 18 knots. 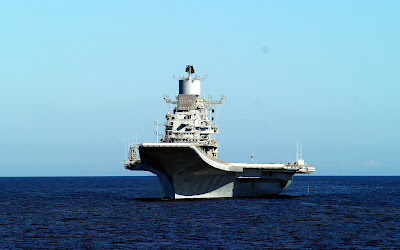 The reports of the defects found, it seems are much exaggerated. The malfunctioning of the boilers that occurred during high-speed tests has been pinned down to a new insulation material placed between the boiler steel casing and the outer firebricks, instead of conventional asbestos lining. This was done at India's request. Slight deformation was observed in this replacement material. No replacement or removal of the boilers is required. India has now agreed to replace the new insulation lining materials with conventional asbestos materials. The defects in other gear on board also would be rectified.

Russian shipbuilders have promised to complete all repairs by the beginning of next year. It is expected that the Indian flag-raising ceremony on the gigantic ship will be held on some designated date in December and an Indian crew will start taking over operations instead of in October 2012. Unfortunately, this 2 month delay would mean that the ship can leave for India only by next October. Because of the near arctic conditions in the White Sea, the pre-delivery trials can be resumed only in late May 2013, when sea ice melts away.