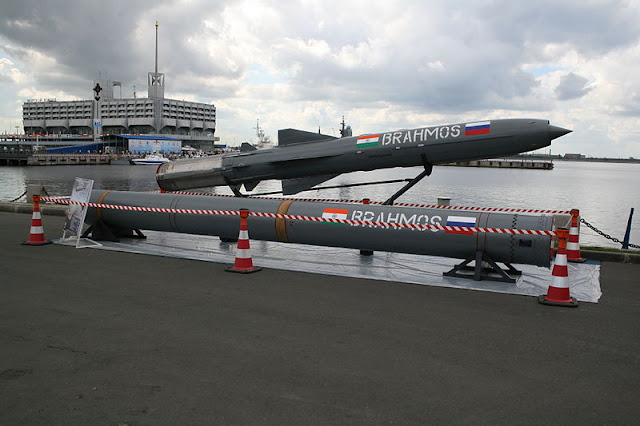 The BrahMos cruise missile, developed by Brahmos Aerospace, an Indo-Russian joint venture company, is a formidable weapon. Based on the design of Yakhont supersonic missile from Mashinostroeyenia of Russia, BrahMos is a stealth supersonic cruise missile, that travels at speeds between 2.8 Mach to 3 Mach. (2.8 to 3 times the speed of sound waves propagation.) This missile, weighing 3 tons can fly along a variable trajectory on the altitudes from 10 meters to 14 Km at supersonic speeds delivering a payload of 250 Kg over a range of 290 Km.

The BrahMos programme was initiated by India's Defence Research and Development Organisation or DRDO and Russian Federation's NPO Mashinostroeyenia. A company named as BrahMos Aerospace Private Limited was formed by these two organisations to develop this missile. The name BrahMos is formed from the names of two rivers, the Brahmaputra of India and the Moskva of Russia. 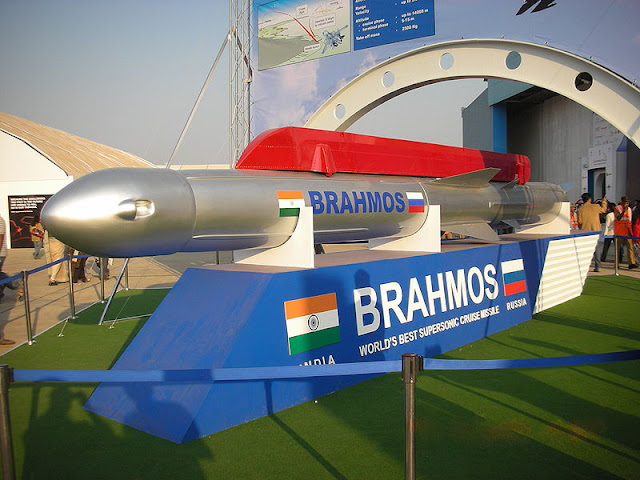 The first prototype of the missile was flown in 2001 and in the last decade, few more test flights were carried. On March 21, 2010 the missile was test fired and it hit a free-floating ship piercing it above the waterline and destroying it completely. The test proved the missile's ability to maneuver at supersonic speeds before hitting a target, making India as the first and only country to have a maneuverable supersonic cruise missile. On September 5, 2010 a test firing proved capability of this missile to fly in a complex trajectory including large maneuvers and steep dive at supersonic speeds. 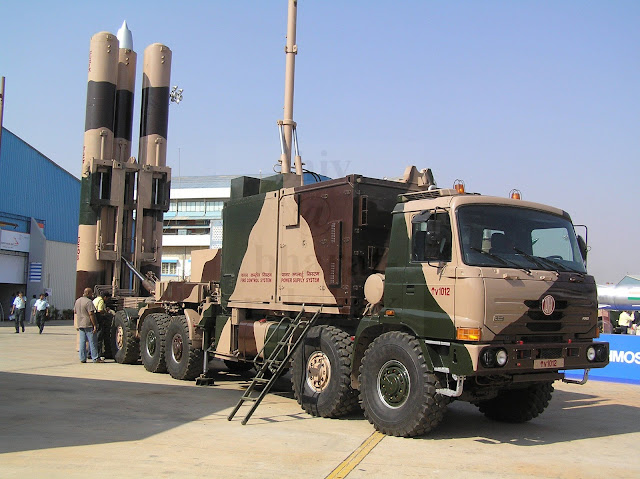 BrahMos missiles were inducted into Indian Army for the first time in 2007, and since then three BrahMos regiments have been formed with two of them already inducted operationally. The two-stage missile, the first stage having a solid propellant and the second one having ramjet liquid propellant was inducted into Indian Navy recently. The first version of Brahmos missile system was deployed on Indian Naval ship Rajput.

In the beginning of October 2012, Indian Navy successfully test-fired the new version of the 290-km range BrahMos, now capable of carrying a conventional warhead of 300 kg, from a warship. The test carried off the Goa coast by INS Teg; which is the Indian Navy's latest induction from Russia, was successful with the missile performing high-level maneuvers before hitting the target ship. 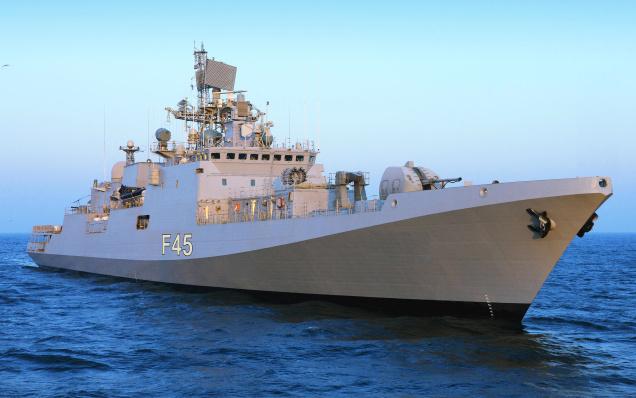 Russian daily 'The Izvestia' has now come out with more information about this new version of the BrahMos missile. It says that the missile now has a new satellite guidance system borrowed from Russia’s long-range cruise missile X-555 and its latest version, X-101. The new guidance technology, which uses Russia's Global Navigation Satellite System or Glonass (Similar to the U.S. Global Positioning System, GPS) has been added to the BrahMos’ Doppler-inertial guidance system to increase its range and precision. The Izvestia says further that; “The integration of the X-555 and BrahMos navigation systems has produced a super rocket with a sub-strategic capability above its tactical range. Fired from land, air and sea platforms, it can hit targets at ranges of 300 to 500 kilometres and is also capable of carrying a nuclear warhead.”

India also plans to mount the BrahMos missiles on its Sukhoi 30MKI long-range fighters. The Manufacturers say that the flight tests of a Su-30MKI fitted with a modified BrahMos missile will start before the end of the year and firing tests wouldl be conducted next year. Besides this, a submarine-launched version of the BrahMos would also be test fired from a submerged platform for the first time by year-end.

It is clear that if when these tests are successful, the BrahMos will become a truly universal missile, which can be launched from ground mobile launchers, aircraft, surface warships and submarines. For the first time Indian armed forces would have a truly formidable weapon up their sleeves.