Indian Housing project in Sri Lanka: The Labour of Love 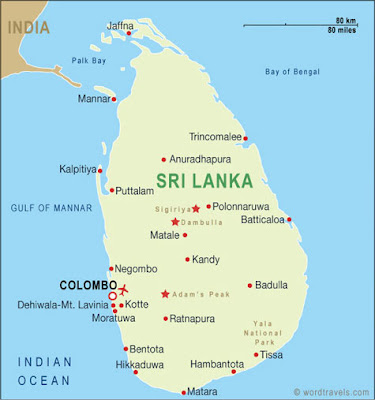 The civil war in Sri Lanka, India's southerly neighbour, had a devastating effort on the northern regions of that beautiful emerald island. The civil war, fought between Government forces and Liberation Tigers of Tamil Eelam, raged from 1986 to 2009 and has been very costly in terms of the lives lost in the conflict. In all, between 80000 to 100000 people lost their lives. The casualty figure includes tens of thousands civilians. Just in last five months of war at least 6500 civilians were killed. Total economic cost of this 26 year war is estimated to be about US$ 200 Billion. Sri Lankan Government claims that it had spent Rs. 295 billion to develop the Northern Province under the "Uthuru Wasanthaya" program after the end of war.

In spite of what Government says or has spent on them, the plight of poor people in the northern regions has been absolutely pathetic. In the final stages of the war, Sri Lankan Government forced 300,000 civilians against their will to camps in Vavuniya District surrounded by barbed wire and designated them as internally displaced persons or IDPs. After the end of the civil war, President Rajapaksa gave assurances to foreign diplomats that the bulk of the IDPs would be resettled back in their villages with 180 days. Government says that by January 2012, almost all the IDPs had been resettled.

The ground reality however appears to be quite different. People forced to live in camps since 2009 are slowly allowed by the Sri Lankan army to go back to their land since early this year. On return, most of them find that their houses were razed down during the Sri Lankan Army’s war with the Tamil Tigers. With whatever little help they have received from Sri Lankan Government, many people have built temporary structures of tin and mud or are living in rented spaces in the Provincial capital Jaffna.

Sensing the need for real economic help to these war affected internally displaced persons, Government of India has launched a massive housing construction aid programme in 2010. This programme announced during visit of Sri Lankan President to India in 2010 aims at an overall commitment to build 50,000 houses, out of which 43000 houses would be built for resettlement and rehabilitation of IDPs in Northern and Eastern Provinces. The project is an full grant assistance from the Government of India. The total outlay is expected to be 30.6 billion Sri Lankan Rupees. (Indian Rs. 13.72 Billions or approx. US$270 million.) When completed it is expected to be one of the largest grant assistance projects implemented by the government outside India.

India has selected four reputed Implementing Agencies to help with the process: UN-Habitat, International Federation of Red Cross in partnership with Sri Lanka Red Cross, National Housing Development Agency of SriLanka and Habitat for Humanity. These agencies have already implemented similar projects in SriLanka. The entire project was divided in 3 phases.

In the first phase about 1,500 beneficiaries were selected to receive assistance under this Project and funds have been transferred for the first installment of 100,000 Sri Lankan Rupees into the bank accounts of beneficiaries. The first lot of 1,000 houses, for which work began in November 2010 was completed in July 2012. or this year. 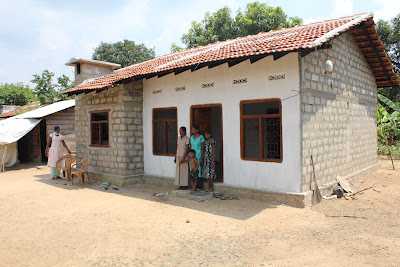 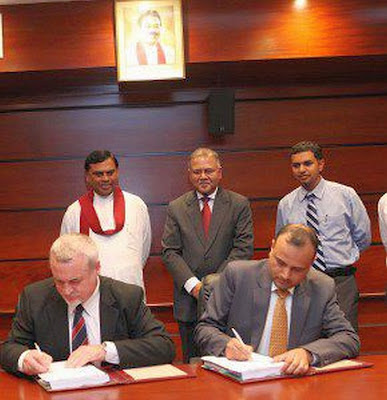 In the third phase, which is expected to start before end of 2012, the poorest or most vulnerable sections of Internally displaced persons in the Northern and Eastern provinces unable to build their own houses are to be covered under this phase. About 2000 houses will be directly built by construction agencies for these people. In addition about 4,000 houses for Indian-origin workers in tea estates in the Central and Uva provinces would also be built under this phase. The process of selection of executing agencies for constructing these houses is under way.

Indian High Commissioner to Sri Lanka, Ashok K. Kantha says “This is no ordinary project, this is a labour of love.” Very true no doubt!